Who is Vishal Garg, the CEO of Better.com who fired 900 people via Zoom

The story of the Indian-born entrepreneur between lights and shadows 900 workers fired during a meeting on Zoom, just before the Christmas holidays Share December 07, 2021 - The CEO of Better.com, a home loan company valued in October by Forbes $ 7 billion, has laid off 900 employees, or 9% of its staff, via Zoom. A dry pre-recorded message, no empathy and no possibility of replying. "If you are connected, you are part of that unfortunate group of people who hav 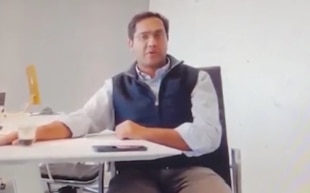 December 07, 2021 - The CEO of Better.com, a home loan company valued in October by Forbes $ 7 billion, has laid off 900 employees, or 9% of its staff, via Zoom. A dry pre-recorded message, no empathy and no possibility of replying.

"If you are connected, you are part of that unfortunate group of people who have been fired," Vishal Garg well spells out a few weeks before Christmas, vowing not to cry as he did, he says, the previous time he was in the same situation. .

"If you're on this call, you are part of the unlucky group that is being laid off." Https://t.co/bmtdxpWtto CEO Vishal Garg laid off more than 900 employees on a Zoom webinar just before the holidays.

A sharp comment also comes from CFO, Kevin Ryan who, speaking to CNN, says that sending people home is always "something that gets in your stomach, especially at this time of year. ", but that the" new organization will allow us to attack the market ".

What are the causes that have led to the hasty collective dismissal of so many employees is difficult to say. According to the company, the people fired have proved unproductive, limiting themselves to working, remotely, even just two hours a day. On the other hand, it is difficult to trace the story back to the need to establish itself on the market: Better.com had just received a capital increase: 750 million dollars in cash thanks to an agreement with a SPAC (Special Purpose Acquisition Company), for over a billion dollars as a company.

While videos of the reactions of astonishment and anger of employees fired on the spot circulate online, the American press investigates the past of the entrepreneur, involved in more than one controversy. Forbes reports his email to employees: "You're damn slow, a bunch of silly dolphins. You embarrass me." The Daily Best reports that in August one of Garg's most "loyal lieutenants" received huge benefits before being put on administrative leave for bullying.

Born in India, Vishal Garg moved to Queens with his family when he was seven. Since he was a student he has shown that he has brilliant entrepreneurial skills. "My superpower, I think, is that I was good at math and good at identifying an opportunity," he said in a podcast last year. After studying finance and international affairs, together with Khan, a programming expert also of Indian descent, in 2000 he founded the company MyRichUncle, which provided online student loans. In seven years, the business, which began with an investment of $ 30,000, went public and went bankrupt in 2009 due to the financial crisis.

From company to company, open and liquidated, not without disputes with partners and employees, in 2014 we arrive at Better.com, created to manage difficulties in real estate purchases.

In April, it appears that 1,110 people were hired for the Gurgaon office in India and that the Indian employees had been granted an allowance of $ 140 a month to Indian employees.

The story recalls what happened to 422 workers at the Tuscan branch of Gkn Driveline announced by the London multinational with an email and without any prior confrontation with the trade unions.

The property had sent the dismissal emails on a day off office given to workers, but then had to deal with the

reaction of its employees.

who have called a permanent garrison in front of the headquarters.