Amid accusations that Russia is preparing to attack Ukraine, Biden and Putin discuss the crisis and Washington threatens Moscow to pay the price

The US and Russian presidents will hold a virtual summit on Tuesday, amid accusations that Russia is massing its forces on the border with Ukraine. The summit comes as Washington has warned Moscow that it will pay a price if it intervenes militarily in Ukraine. 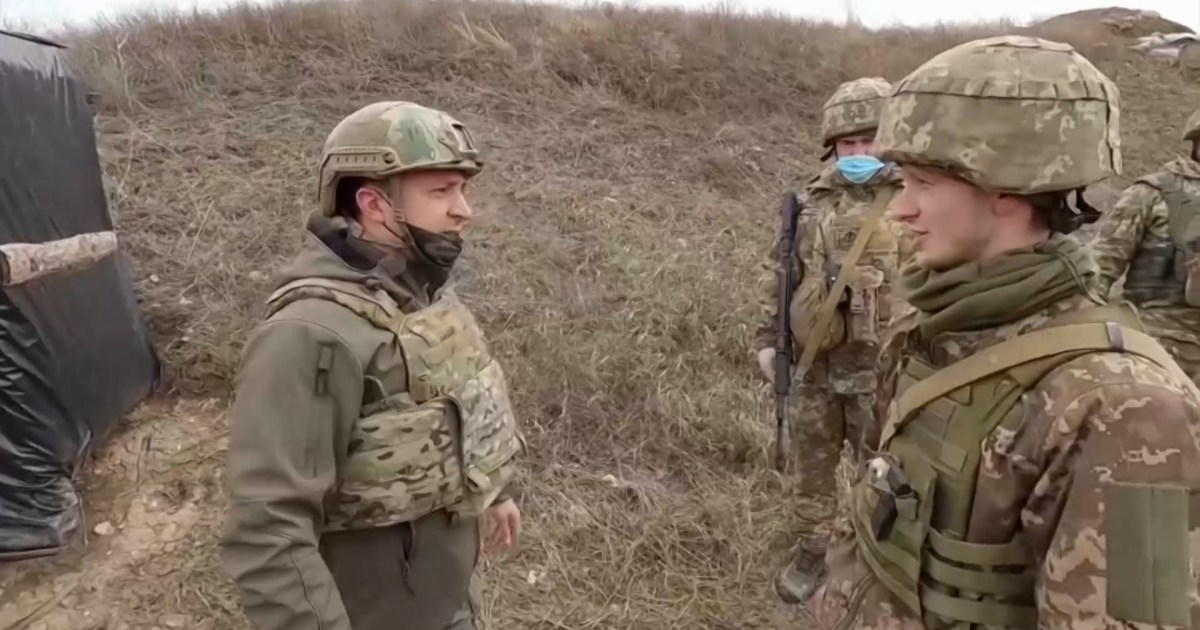 US Presidents Joe Biden and Russian Vladimir Putin will hold a virtual summit today, Tuesday, in light of accusations that Russia is massing its forces on the border with Ukraine.

The summit comes as Washington has warned Moscow that it will pay a price if it intervenes militarily in Ukraine.

William Burns, Director of the Central Intelligence Agency (CIA), said - in an interview with The Wall Street Journal - that Biden's call with Putin will be an opportunity to emphasize the price of Russia's resort to military force against Ukraine. .

Burns added that he never underestimated what he called Putin's appetite for risk on Ukraine, noting that this worries his country.

He added that they did not know whether the Russian president had decided to use force against Ukraine.

The Wall Street Journal also quoted US officials that President Joe Biden will warn his Russian counterpart, Vladimir Putin, during the call scheduled today, of an invasion of Ukraine.

The officials said that Biden will tell Putin that Russia will really pay the price if it intervenes militarily in its western neighbor, but at the same time he will emphasize diplomacy to resolve the current crisis.

On the other hand, the Kremlin said that Putin will present, during his summit with Biden, a proposal for legal security guarantees with the West.

Ahead of the upcoming talks, the White House said that President Joe Biden, in a phone call with the leaders of France, Germany, Britain and Italy, discussed common concerns about the Russian military build-up on Ukraine's borders.

The White House statement added that the leaders called on Russia to de-escalate tensions, and agreed that diplomacy is the only way to move forward in resolving the conflict in the Donbas region through the implementation of the Minsk agreements.

The statement noted that the leaders affirmed their support for Ukraine's sovereignty and territorial integrity, and agreed to maintain close contact, including consulting with NATO allies, on a coordinated and comprehensive approach.

The virtual US-Russian summit comes amid reports of a huge Russian military build-up on Ukraine's borders, and also in light of severe tension between Russia and the North Atlantic Treaty Organization (NATO), in light of Ukraine and other countries in the Baltic region seeking to join the alliance.

Ukraine confirmed that Russia has amassed 94,000 troops on its borders, and expected to attack it in late January.

But Russia denied that it had any intention to attack Ukraine, and responded by accusing Kiev of planning a military operation in the Donbass region (eastern Ukraine), which has been witnessing a conflict since 2015 between Ukrainian forces and militias loyal to Moscow.

Before the expected call between the US and Russian presidents via video communication technology, Kremlin spokesman Dmitry Peskov described the state of Russian-US relations as unfortunate.

Peskov said - in a statement to Reuters - that the main points of contention are the tension in Ukraine, and the approach of NATO to the Russian border.

He called not to raise the ceiling of expectations from the top.

In the diplomatic developments of the crisis, the US State Department said that Secretary Anthony Blinken agreed on Monday, during a phone call with Ukrainian President Volodymyr Zelensky, to restore Ukraine's sovereignty, including Crimea, which Russia annexed in 2014. He renewed Washington's support for Ukraine's sovereignty and unity in the face of what he described as Russian aggression.

State Department spokesman Ned Price had said that the United States and its NATO allies are ready to take unprecedented measures if Russia refuses the diplomatic path with Ukraine.

And a senior White House official said - on Monday - that the United States is ready to "respond" to potential requests to increase its military presence, in the event that Russia attacks Ukraine.

However, this senior official made it clear that a direct US military response is not currently on the table, in the event of a Russian attack on Ukraine.

In this context, US Defense Department spokesman John Kirby said that Defense Secretary Lloyd Austin chaired a high-level meeting to assess the situation on the Russian-Ukrainian border.

Kirby added - during a White House press conference - that Washington continues to support Kiev with the necessary weapons to defend itself.

In turn, Russian Foreign Minister Sergei Lavrov accused Ukraine of evading the implementation of the Minsk agreements, which established mechanisms for a ceasefire in eastern Ukraine.

In a television interview, Lavrov accused Berlin and Paris of procrastinating in the implementation of their obligations regarding pushing Ukraine to abide by the terms of the Minsk agreements.

Meanwhile, Ukrainian President Volodymyr Zelensky ended a visit to the Donetsk region in the Donbass region (east of the country), where he participated in the celebration of his country's National Day, in addition to his observation of the security situation at the front there.

His visit comes in the midst of an escalation between Kiev and Moscow.

Zelensky said that the Ukrainian army has come a long way in its modern history in forming a highly organized combat structure, and that it is able to thwart any aggressive plans, as he put it.

The Ukrainian president stressed that his country has started a massive military production process, providing the Ukrainian armed forces with the "Neptune" missile system, anti-tank and armor systems.

Zelensky confirmed the signing of an agreement with Britain to build gunboats and supply minesweepers.

And Ukrainian Defense Minister Aleksei Ryzhnikov revealed in an account before the parliament that Russia is planning an attack on his country by the end of next month.

Resenkov revealed that Russia has amassed about 94,000 soldiers in 50 battalions, most of them on standby, at a time when military experts spoke of Russia's attack on several fronts.