"The important question now is what is true in this story"

One week ago, Prime Minister Magdalena Andersson (S) presented the new ministers. Now a storm has blown up around the newly appointed Minister of Civil Affairs Ida Karkiainen (S). This after a picture was published of her when she as a teenager looks like making a Hitler salute. 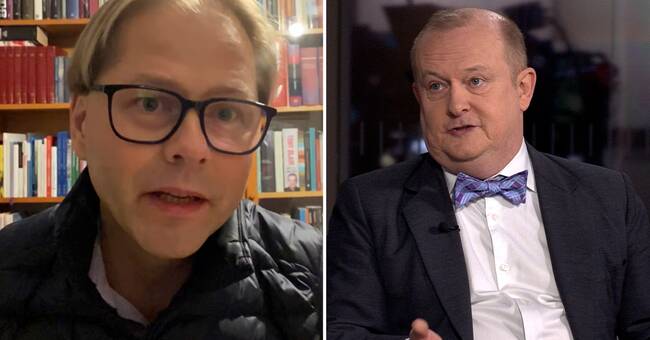 It was during Monday evening that the site Nyheter Idag published the picture of the newly appointed Minister of Civil Affairs Ida Karkiainen (S).

Karkiainen confirms that a picture of her abounds but says she has no memory of having made such a gesture.

She also denies that she has ever sympathized with "such an abominable ideology as Nazism".

"Of course not good"

Anders Lindberg, political editor-in-chief of Aftonbladet's social democratic editorial page, says in SVT's Morgonstudion that it matters that the site that first published the picture is "an SD-close publication".

- But with that said, this is of course not good.

It is also the fourth minister who is in bad weather, so it is clear that this makes up for it for Magdalena Andersson, says Lindberg.

Dick Erixon, editor-in-chief of Samtiden, which is owned by the Sweden Democrats, thinks it is time for these types of events to be treated in the same way.

- I think we should have a discussion where everyone is treated equally when things like this happen.

It happens, as I said, in all parties, says Erixon.

Lindberg does not agree with that.

On the contrary, he claims that it is not possible to equate things that are not equal, that it is about trying to "establish an image that is not true".

- This shows that the Social Democrats are trying to use a Nazi greeting from a Social Democratic minister to defame other parties, Dick Erixon answers.

It is still unclear under what circumstances the picture was taken.

Ida Karkainen, who is now 33 years old, says herself that she was around 15, 16 years old when the picture was taken and that it was taken in her boyfriend's apartment at the time, probably at "some kind of party context".

- The important question now is what is true in this story.

If the picture that Nyheter Idag paints is true, then there will of course be political problems for Ida Karkiainen, says Anders Lindberg.

SVT has sought the Social Democrats and Magdalena Andersson for a comment.

The site Nyheter Idag has published a picture where Minister of Civil Affairs Ida Karkiainen (S), 33, looks to make a Hitler salute.

"In that case, it has been to ridicule or ironize it," she says.