New Caledonia: the opposition calls not to vote in the last election on independence

New Caledonia votes again for its independence. In 2018 and 2020, the No camp won with 56.7%, then 53.3% of the vote. On Sunday, 185,000 Caledonian voters are called to the polls for the third and last referendum on the independence of the French archipelago. 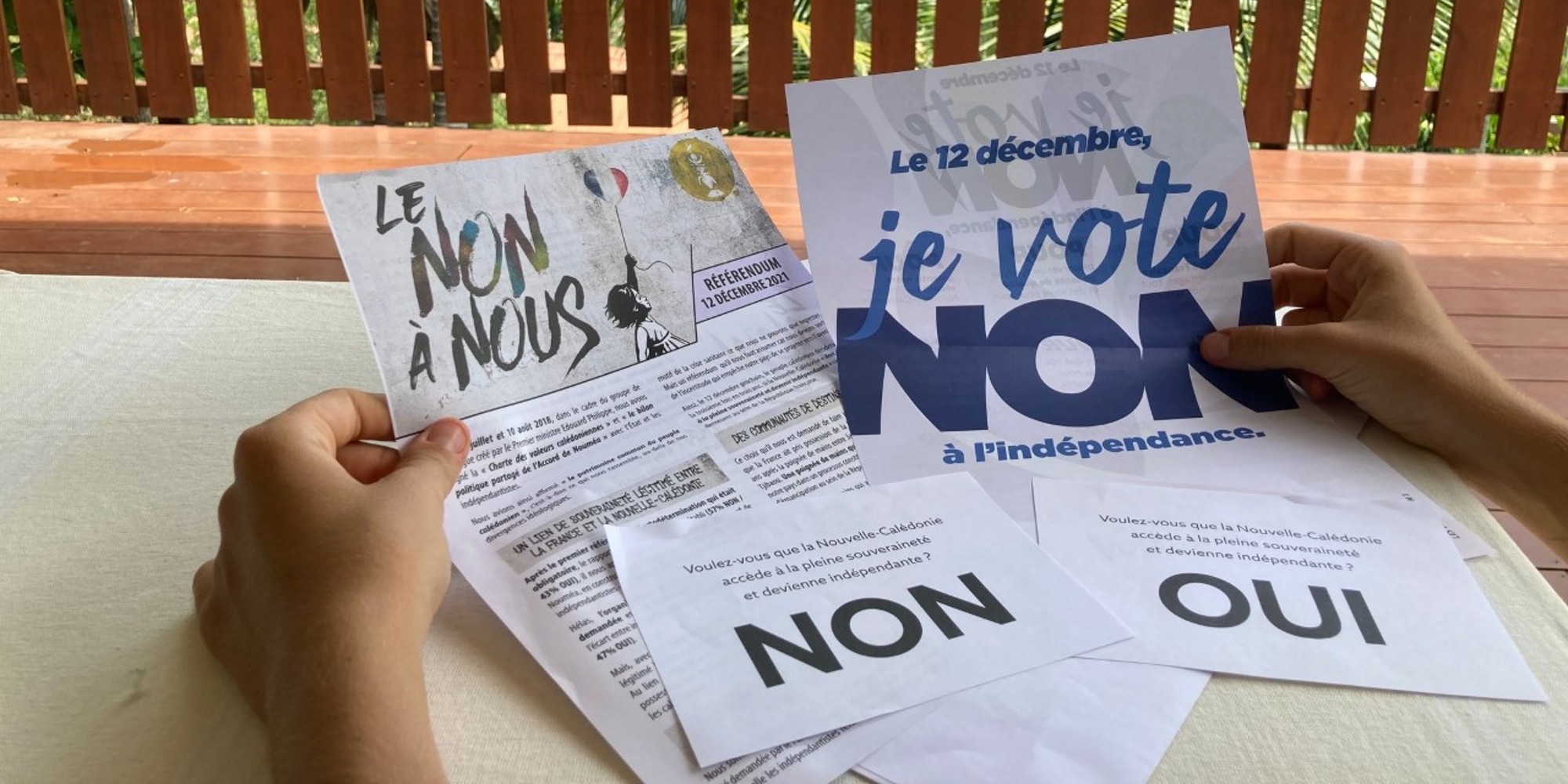 On Sunday, 185,000 Caledonian voters are called to the polls for the third and last referendum on the independence of the French archipelago.

"Do you want New Caledonia to gain full sovereignty and become independent?" For this third ballot, a 100-page document detailing the consequences of Yes and No was produced by the French State. It was made public last July and distributed to all Caledonian voters. If the loyalists win again, the archipelago remains in the bosom of France. But a page turns, can we read in this document: "The reiterated will of the voters to remain within the Republic will mark the beginning of a new chapter. This one remains to be written between the State, the Caledonian officials. and the French Parliament. In this new stage, certain legal developments will indeed be essential. "

In the event of a Yes victory, the archipelago would become a new state, "Kanaky-New Caledonia".

The country would decide on the choice of its currency and would have its own nationality.

Financial transfers which amount to around 1.5 billion euros per year would become null and void, and financial relations between France and the new country would fall under development aid.

A referendum shunned by the separatists

Currently, there are no flags or independence posters in the streets of Noumea. Even in the campaign clips broadcast daily on local television, No is the only voice represented. Caledonians only received pro-France leaflets in their letterbox. The wave of Covid-19 has killed 279 people since the beginning of September on the spot, "including more than 70% of Kanaks," says Marie-Pierre Goyetche, vice-president of the Labor Party, whom she represents in the independentist strategic committee of no -participation. Under these conditions, it is impossible to campaign according to her.

"We call for non-participation, because the State has decided to maintain the date of December 12. We would have had to explain the document on the consequences of Yes and No. It is a burden, against Yes. But today, all the deaths have plunged the country into pain ", regrets the pro-independence leader.

"Mourning is part of Kanak and Oceanic culture. Today, we cannot go to these bereaved families. The state did not want to consider this. It is a contempt for the Kanak population."

The separatists continue to demand the postponement of the poll in 2022. They have warned that they will not recognize the result of the vote on December 12 and will contest it before the United Nations.

Overseas Minister Sébastien Lecornu warned that only an out of control health situation could justify a postponement of the third referendum.

The epidemic has been in decline for several weeks, even if the circulation of the virus remains active, with an incidence rate of around 50 cases per 100,000 inhabitants.

The loyalist camp continues to campaign, focusing on digital and meetings with up to 30 people.

On Sunday, the vote will take place under close surveillance.

As in the first two referendums in 2018 and 2020, won by supporters of maintenance within the French Republic, a control commission composed of five magistrates and 260 delegates comes to ensure the regularity and sincerity of the ballot.

Finally, 2,000 gendarmes and police arrived as reinforcements, to ensure security around the referendum, and to prepare for possible excesses linked to the vote and the results.