Kalmar municipality's wastewater is analyzed for residues of covid-19 once a week. It is a research project that the region and Kalmar Vatten are part of together with the Swedish University of Agricultural Sciences, SLU. The hope: To find new ways to measure the spread of infection. 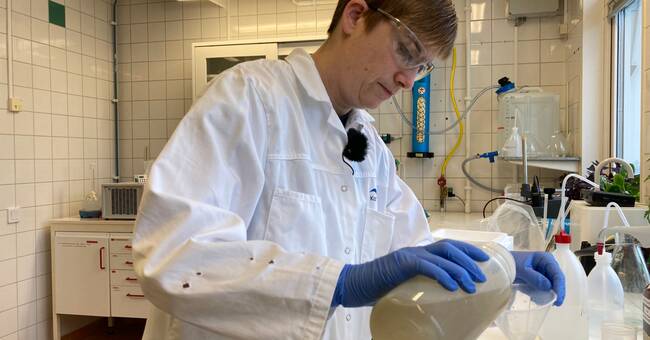 Every Tuesday, the staff at Kalmar Vatten sends 500 milliliters of wastewater to SLU to measure the virus levels in it.

The reason why it is Kalmar municipality's water that is analyzed is because it is the county's largest town.

Kalmar Vatten has been involved in the project since the summer of 2020 when they helped SLU to develop their method for analyzing the samples.

In September 2021, samples began to be sent from Kalmar for analysis.

- Now we know what Kalmar's water looks like from week to week, says Maria Dahl, laboratory manager at Kalmar Vatten.

Another piece of the puzzle

The Kalmar region thinks it is important to participate in the project to develop new ways of measuring the spread of infection.

- It is a different piece of the puzzle than when you measure self-testing or something, because then you have to actively go and test yourself.

Here, the excretion from the entire population in an area is measured, says Magnus Persson, development director in the Kalmar County Region.

In early October, it was seen that the levels of covidvirus in the water increased, but the curve has fallen in recent weeks - despite the fact that testing in society has rather shown an increased spread of infection in the municipality.

But the very latest figures again show a slight increase.

- We do not know at all what it stands for.

We have other things you can look at: hospitalization, sampling and the like, which are safer indications of how the infection is going.

So you have to take it with a big pinch of salt, says Magnus Persson.

In the clip, you see the laboratory manager Maria Dahl pouring a water sample.