The pope crocheted during a visit to Greece

It was just as Pope Francis was about to step into his meeting with the leaders of the Greek Orthodox Church in Athens that a priest suddenly began to shout. - Pope, you are a heretic! 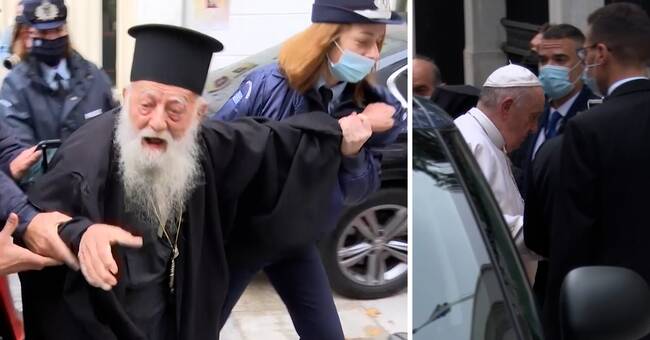 According to Reuters, the man who shouted his dissatisfaction with the pope's visit to the country is the priest Ioannis Diotis.

He believes that the pope's visit is unacceptable.

- I said he is a heretic, he must repent.

The pope can not be accepted in Greece, Diotis told Reuters.

Francis is visiting Greece this weekend with the hope of improving relations between the Catholic Church and the Greek Orthodox Church.

Pope Francis is the first pope to visit Greece since John Paul II visited the country in 2001 to apologize for historical wrongs committed against the Greek Orthodox Church.

Even then, the visit led to protests.

See when the pope is crocheted during his visit in the video above.