Monitoring systems getting better: The volcanic eruption could be predicted

The systems to warn of upcoming volcanic eruptions have become so good that it was possible to predict the big eruption on the island of La Palma several days before it happened. And already four years earlier, there were signs that the activity began to build up in the volcano Cumbre Vieja. 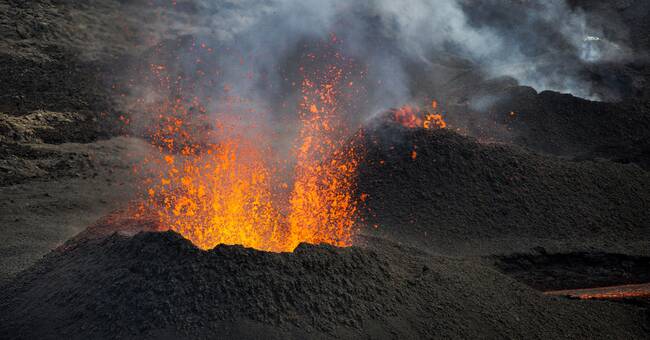 The volcanic eruption on the Canary Island of La Palma, which started on September 19 this year, is still ongoing.

But already now researchers have compiled the information that was available about the volcano before the eruption started.

Today, volcanic monitoring systems are so good that eruptions can be predicted with some certainty.

That knowledge made it possible to evacuate residents in the immediate area of ​​La Palma a few days before.

Only six eruptions in 500 years

But four years ago, the first signs came that a new outbreak could be on the way again.

This is what volcanologist Marc-Antoine Longpré writes in a comment in the journal Science.

In 2017, a series of small earthquakes were registered in the volcano.

Then Cumbre Vieja became quiet again for two and a half years.

But at the end of 2020, increased activity was measured again and a number of smaller earthquakes were registered.

After that, Cumbre Vieja remained silent for another six months.

Several hundred small earthquakes occurred daily near the surface of the volcano.

The ground around the volcano began to deform and a few days before the eruption started, it was known with relatively high certainty that it would come.

-This shows that the systems for monitoring have become good.

They had time to evacuate even before the eruption started, says seismologist Björn Lund at Uppsala University.

No one has died in the volcanic eruption but it has caused enormous material destruction and 6400 people were forced to leave their homes.

- The volcano began to prepare four years before, we see that now.

That there was only eight days of intense activity before the eruption is an unexpectedly short time for this type of volcano, says Björn Lund, who believes that this shows that communities in the vicinity of volcanoes may need to prepare in very good time.