From the victory in the ATP Cup in January to that in the Davis Cup in December, the year 2021 has been auspicious for the Russian team which won Sunday in Madrid at the expense of Croatia its third Salad ... 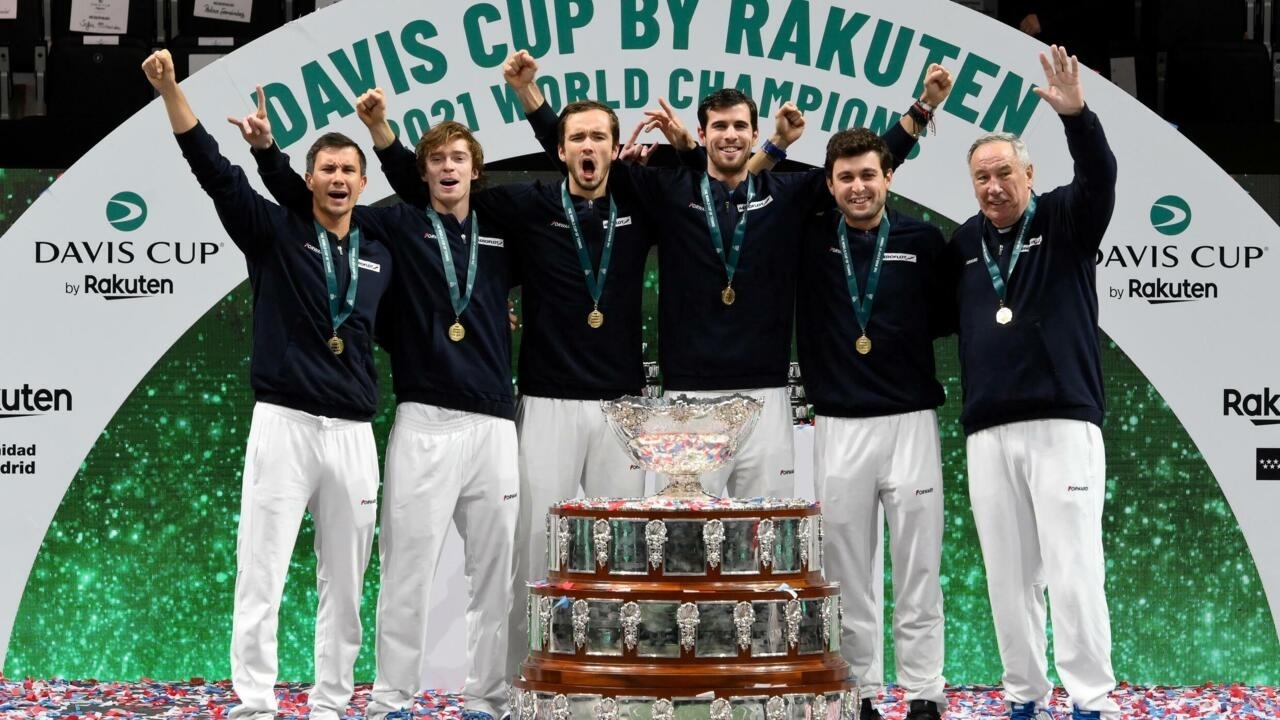 Daniil Medvedev, world No.2 and winner of the US Open, Andrey Rublev, 5th worldwide, Aslan Karatsev, 18th and Karen Khachanov, 29th: the Russians undoubtedly had the strongest team on paper.

The double was without stake, and fortunately for the Russians!

Because in this competition in three matches, the double, their weak point, could have been decisive in the event of defeat of one of the two Russians in singles.

And Croatia have the best pair in the world with Mate Pavic and Nikola Mektic, Olympic champions and Wimbledon winners in 2021.

Rublev and Karatsev, who the world discovered at the Australian Open earlier this year with his run to the semi-finals where he only gave in to future champion Novak Djokovic, won the only match. decisive they had to win during the competition, the one against Spain in the group stage which allowed Russia to qualify for the quarter-finals.

But against Mektic / Pavic, who did not give up their stake in the tournament once, their chances were very low.

So Rublev and Medvedev got the job done.

As in the semi-finals where the double against the Germans Pütz / Krawietz represented a likely fatal pitfall, they secured the victory beforehand.

Gojo, revelation of the competition with victories in particular over Sonego (27th) and Lajovic (33rd), did not explode under the blows of Rublev as the German Dominik Koepfer had done in the semi-finals.

He even resisted very well, but in the end, he did not do better since the point of the game went to the Russian who did not concede a single break point.

It remained for Medvedev to conclude.

But Cilic put up a resistance that the Russian had never encountered since the start of the tournament.

Especially in the first set, because after the loss of the tie break, the Croatian was clearly more dominated.

No national flag, a team called the Russian Tennis Federation, Tchaikovsky's piano concerto as an anthem due to doping-related sanctions in Russian sport but, like in 2002 and 2006 ... But that's good in Moscow that the Silver Salad Bowl will leave.