CNN kicks Cuomo - the end of the New York dynasty

News company CNN fires its high-profile news anchor Chris Cuomo. The once powerful Cuomodynasty is thus shattered. "This is not how I wanted my time at CNN to end," he said in a statement. 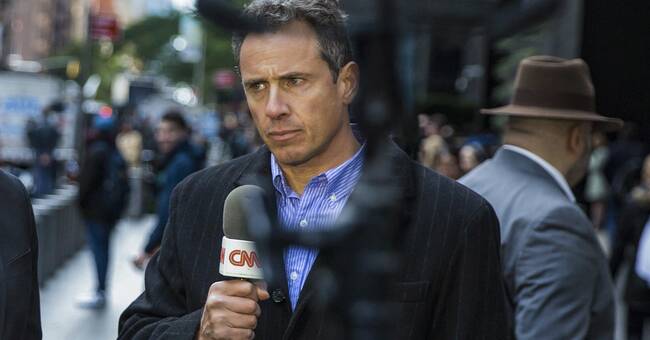 The announcement comes after a large number of documents were released showing that Chris Cuomo had helped his brother, then governor of the state of New York, deal with allegations of sexual harassment.

Chris Cuomo was one of the American news company's biggest names.

He hosted "Cuomo Prime Time", a program with some of the channel's highest viewership figures.

The reason he ended up in a blizzard is the close family ties to the former governor, who in turn was one of the Democrats' big names and whose handling of the corona pandemic was praised.

In addition to talking about the pandemic situation, they could be seen munching on who was actually the favorite son.

But the governor was accused of sexually harassing several women, and was forced to step down in August.

"This is not how I wanted my time at CNN to end, but I've already told you why and how I helped my brother," Chris Cuomo said in a statement on Twitter.

He has previously said that he tried to be there for Andrew Cuomo.

- I'm not an adviser, I'm a brother, he explained in his TV show when Andrew Cuomo resigned in August.

But on Monday, Letitia James, prosecutor and head of the state Department of Justice, released a large amount of documents surrounding the governor's investigation, which showed that Chris Cuomo's role in dealing with the scandals has been greater than previously known.

Chris Cuomo offered to contact sources, including other journalists, to find out if more women would come forward against his brother.

Despite his claims, he acted as a kind of informal adviser, using his journalistic contacts to help the governor's staff.

CNN first shut down its anchor to investigate the documents further, which has now led to him being allowed to leave.

"We hired a reputable law firm to conduct the investigation, and have fired him, with immediate effect," CNN wrote in a statement on Saturday.

The end of a dynasty?

The Cuomo family is something of a dynasty in New York.

Mario Cuomo, the father of the brothers, was elected governor three times and served twelve years in power.

Andrew Cuomo had set his sights on a fourth term, when he was forced out.

"And so another political dynasty has ended.

Like the Kennedy dynasty before it, the Cuomo dynasty is over in tragedy and personal failures, "wrote Bill Schneider, professor emeritus at George Mason University in a column in The Hill already when Andrew Cuomo resigned.

And now even little brother has been forced out of the spotlight.

Hear his resignation speech in the clip.