A substantial investment in large-scale wind power will be needed to meet the electricity supply and climate goals, according to Vattenfall's CEO Anna Borg. She therefore wants to limit the municipalities 'right of veto and the Armed Forces' influence in the permit examinations. - It is not possible to make such an enormously fundamental transformation of an entire society without it being noticed. So it is not possible to both say that you want much more electricity production and then say no when that electricity production is to be built, says Anna Borg in an interview with Swedish Radio Ekot. 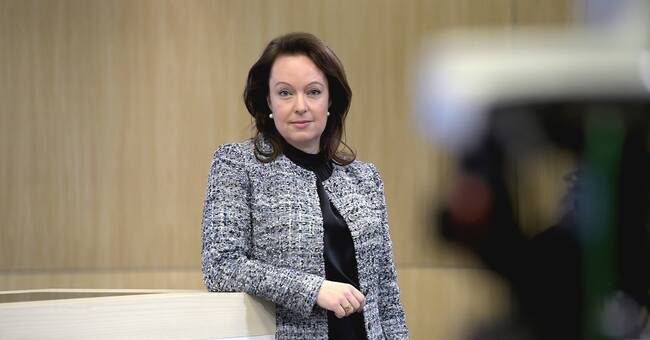 Borg also wants county administrative boards and municipalities around the country to start pointing out areas where it can be good to build wind farms.

At the same time, Borg publishes a debate article in Dagens Nyheter on the same theme, where she presents ten proposals to speed up the electrification she sees as necessary for Sweden to cope with climate change.

As in the interview with Ekot, she emphasizes in her list in the debate article a great need for shortened permit processes.

Clearer guidance for how conflicts between climate goals and societal interests on the one hand and environmental interests and the interests of the Armed Forces on the other hand are to be decided is needed, she writes.

Another proposal she puts forward is that a ceiling be set on how much hydropower will be lost in the ongoing trials of the environmental conditions for existing facilities.

At the same time, Borg reiterates that she wants to see a decision on the final disposal of nuclear waste, but does not believe in new nuclear power as the solution to the rapidly increasing need for electricity in climate change and electrification.

“New nuclear power is unlikely over the next 10-15 years.

It takes a long time to get a new large-scale nuclear power plant in place.

In addition, today's available technology is more expensive to build than the alternatives ", she writes in the debate article.