Talking about the economy - then comes the cough

When Joe Biden was talking about the economy, the audience was greeted by a rosy and coughing president. Despite the president's own statement that it was a common cold and not covid-19, the appearance has made headlines and discussions in the United States. 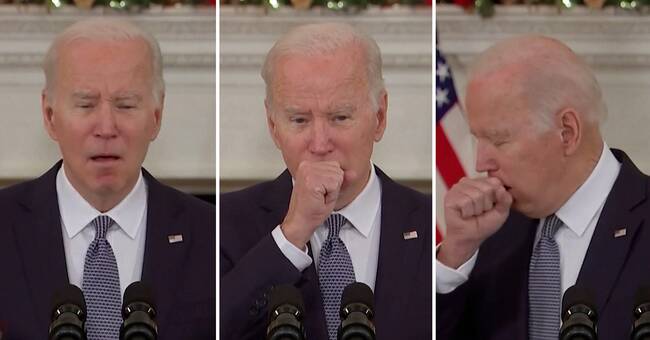 It was on Friday that the president went to the podium, took off his mouthguard and coughed after only a few seconds.

It would be a recurring theme during the speech.

Afterwards, a reporter asked him if he was okay.

I test myself every day for covid.

What I have is a cold 1.5-year-old grandson who likes to kiss his grandfather.

On the same day, Biden's doctors released a memo about the president's health, US media reports.

It says that Biden has been tested for covid-19 three times during the past week.

He is also said to have undergone tests for 19 other common respiratory pathogens such as influenza and other coronaviruses.

All of those tests must have shown negative results.

See the cough attacks in the clip.