In Serbia, thousands of protesters block roads against mining project

Anger is mounting in Serbia over a lithium mining project by mining giant Rio Tinto. In Belgrade, thousands of demonstrators again invaded the city's roads and bridges ... 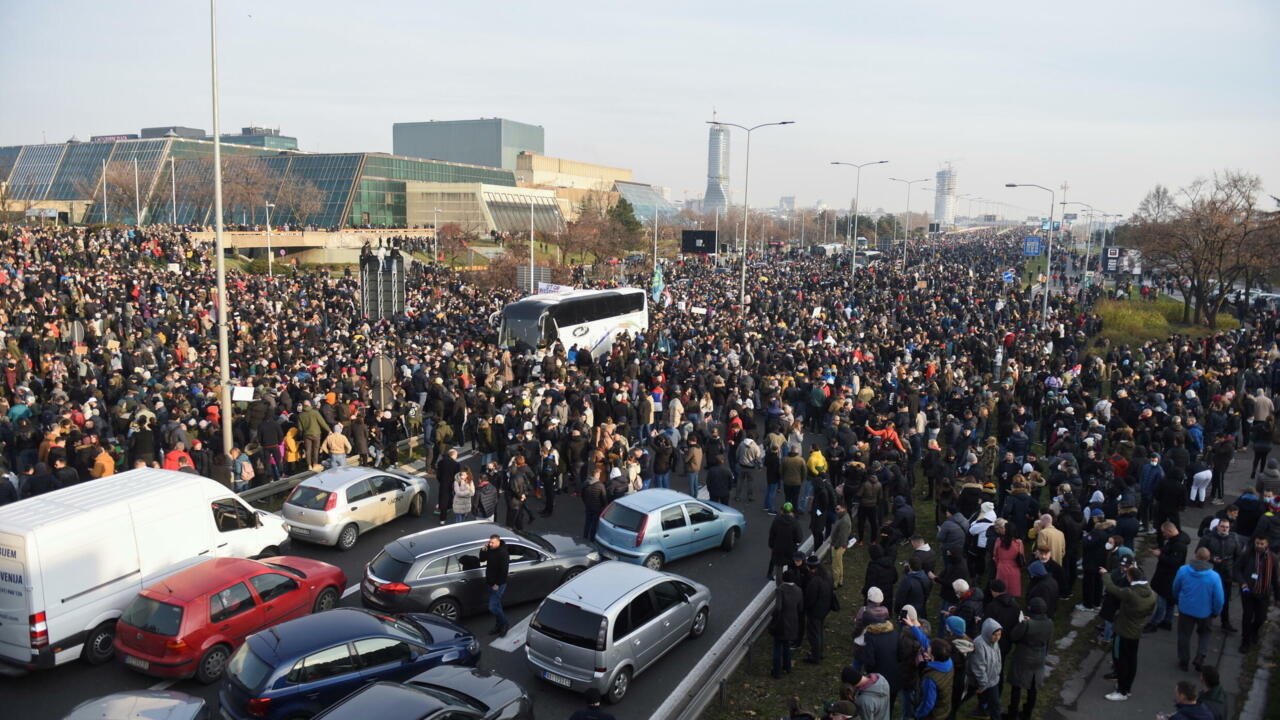 Thousands of demonstrators blocked major roads in Serbia on Saturday, December 4, to protest against the government-backed plan to allow mining giant Rio Tinto to extract lithium in the Balkan country.

In Belgrade, demonstrators invaded a highway and a bridge connecting the city to its outlying suburbs chanting anti-government slogans while some held up signs criticizing the mine project.

Smaller protests took place in towns, with small skirmishes in Belgrade and Novi Sad between opponents and supporters of the project, according to local press.

"They allow foreign companies to do what they want in our country," denounces Vladislava Cvoric, a 56-year-old economist, who came to demonstrate in Belgrade.

Lithium deposits in the west of the country

Masked men had attacked a rally in Sabac, in the west, sparking outrage on social media, and accusations the government was using hooligans to quell the movement.

Large deposits of lithium, an essential component for car batteries, have been discovered near Loznica (west), where the Anglo-Australian company has started buying land but is awaiting the state's green light to begin l 'exploitation.

Rio Tinto discovered deposits in this region in 2006.

The company plans to invest $ 2.4 billion in the project, according to Vesna Prodanovic, director of Rio Sava, Rio Tinto's sister company in Serbia.

Serbian President Aleksandar Vucic has been widely criticized for the project, with his administration accused of paving the way for illegal land appropriations and of putting aside environmental concerns raised by activists.

The protests come months ahead of likely national elections next year, with protesters' opponents accusing their organizers of stirring up controversy to weaken Aleksandar Vucic and his administration.