Four days ago Inditex released the bombshell. The appointment of Marta Ortega (37) as president of the company took the markets by surprise and caused losses ... 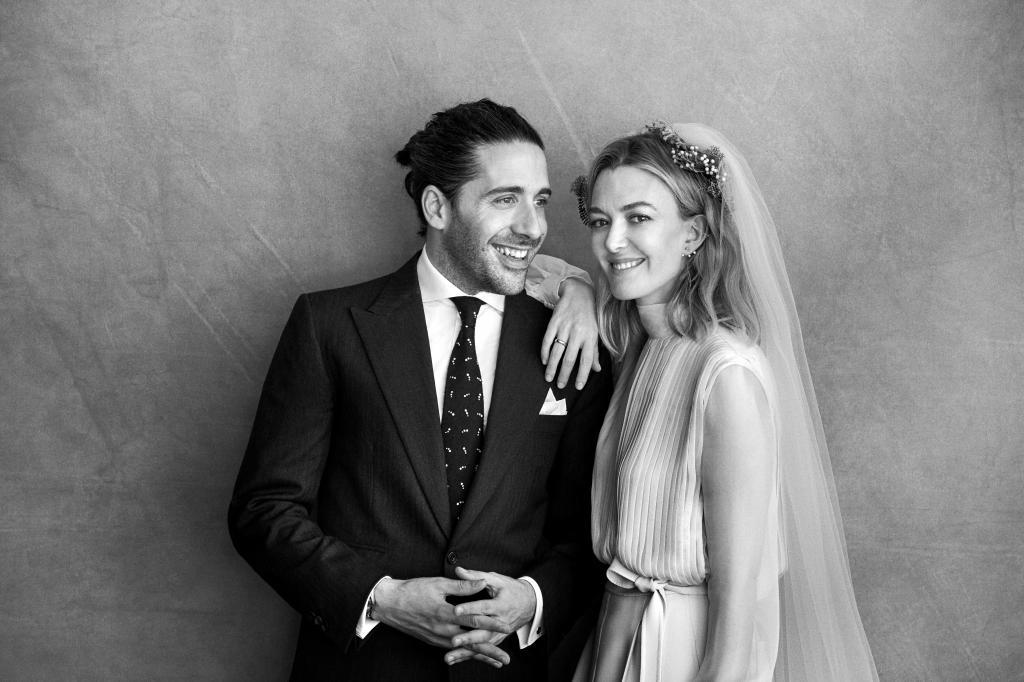 Four days ago Inditex released the bombshell. The appointment of Marta Ortega (37) as president of the company took the markets by surprise and caused millions in losses in the stock market with investors wondering if it is not too early for the relief. It was Pablo Isla himself who explained the change of direction in a press conference followed by dozens of journalists and by Carlos Torretta, the

connected as one more

to hear how Isla explained his wife's rise to power .

Since his wedding with Marta Ortega, in November 2018, Torretta has been increasingly involved in the company of his in-laws, where he works in the communication department of Zara.com, and will soon become the

of Inditex. The understanding and complicity between them is palpable and not only on a professional level: Torretta has given the Inditex heiress the support and stability necessary to face the challenge. If Marta is Inditex's secret weapon, as the

in its famous interview,

And his father-in-law, they say, is delighted with him.

This is confirmed by Massiel, who has known "Carlitos" since he was born.

The singer is close friends with Roberto Torretta and Carmen Echevarría, Carlos's parents, and the godmother of María, his sister.

"Carlitos is charming, funny ... a born worker, he

has a tremendous personal charm and people skills," he assures LOC.

The singer still remembers how

she gave him massages as a child when his belly hurt.

"Carmen stayed dead, because I was a specialist in giving her massages so she would stop crying."

Massiel frequented the Torretta house a lot on Calle Barquillo

because she was a

partner of Carmen Echevarría in a

that they opened next to Berlin, the multi-brand store run by the designer's wife on Calle Almirante. Carlos and his sister María would appear there after school.

"Carlitos was the king of the neighborhood, he

ran errands for everyone, especially some designers who lived on the same street and adored him," he recalls.

That is why it is not surprising that his

has conquered the Inditex heiress and his father-in-law.

"He is very nice and very human.

Marta is not stupid and if she has fallen in love with Carlos it is because she has seen values ​​in him that her father has also seen".

The couple, on their wedding day.PETER LINDBERGH

Massiel, who is a box of surprises,

an "enviable being". "I met him when he was married to Rosalía Mera, at a meal at Enrique Sarasola. I found him charming, I can only speak well of him." It also reveals that when Matilda, Marta and Carlos's daughter, was born, the owner of Inditex

to meet the girl.

sympathy and the gift of people

are two of the traits that stand out the most in the people with whom LOC has contacted to talk about Carlos Torretta. Knowing the opinion of your narrowest circle of friends, of which many well-known surnames are part, is almost impossible. "There is a

established since he started dating Marta," says a person who knows several of those Torretta friends well. The same source highlights that Carlos was already managing an

long before he met Amancio Ortega's daughter. It includes Diego Osorio, Álvaro Falcó, Ramón Hermosilla or the Cortina brothers and, above all,

Cebrián and his wife, Mercedes Valdenebro

, -sister of Samantha and Colate Vallejo-Nágera- and the fashion photographer

The latter were who made

of Torretta and Marta Ortega at the party's 40th birthday Eugenia Silva, in 2016, where they met.

Carlos Torretta with his parents, Roberto Torretta and Carmen Echevarría.GTRES

"In his gang there are many people from the jet, not only national. Friends that he made in the schools he went through, because Carlos has received a

, in British centers, although he was not a good student, he used to hang out with the bullets ", assures the same source. He went through various colleges, such as King's College or SEK, until his parents

sent him to Vermont,

in the United States. There he also did not waste time and became intimate with Max Snow, son of the musician Chris Snow and Taya Thurman, Uma Thurman's half-sister. Carlitos, who was already Charly, as his friends call him, stayed in the United States. He studied Fine Arts and Advertising at Pace University in New York, where he settled with his friend Max. There he worked as a

, a subsidiary of Elite.

"Carlitos took over the entire circle of

and artists, a very important group of people," says Massiel.

In addition to bringing in models like Kendall Jenner, whom he signed for Mango, he also really enjoyed the night with Max.

The two were dating sisters

"He was single and flirted a lot. He dated many models. He is not very handsome but he is charming, very funny and he was very successful," adds the same source.

Carlos Torretta and Amancio Ortega about to merge in an embrace.GTRES

On one of the trips to Madrid, to attend Eugenia Silva's birthday, he meets the Inditex heir.

Their relationship came to light shortly after, Carlos leaves New York and permanently returns to Spain to be with Marta.

During this time, the same person maintains, he has managed to make the Inditex heiress open up more and come out of the

in which she lived.

working a lot at Zara and dedicated to horses in that world of super millionaire heiresses that she combined with her lifelong friends from Coruña. Since she is with Carlos, she

is seen much more relaxed, she is no longer hiding

and her circle of friends has opened up. "

OCIOSara de Pablos: "After the pandemic, it has come out again as if there were no tomorrow"

EmpresasValor, the chocolate from Alicante that has a turnover of 138 million and is better than the Swiss