Attac symbolically "levied" the tax of multinationals in Marseille

Forty Attac activists symbolically "levied" tax from multinationals in Marseille on Saturday, taking baby seats with the logo of a McDonald's restaurant and banners from a… 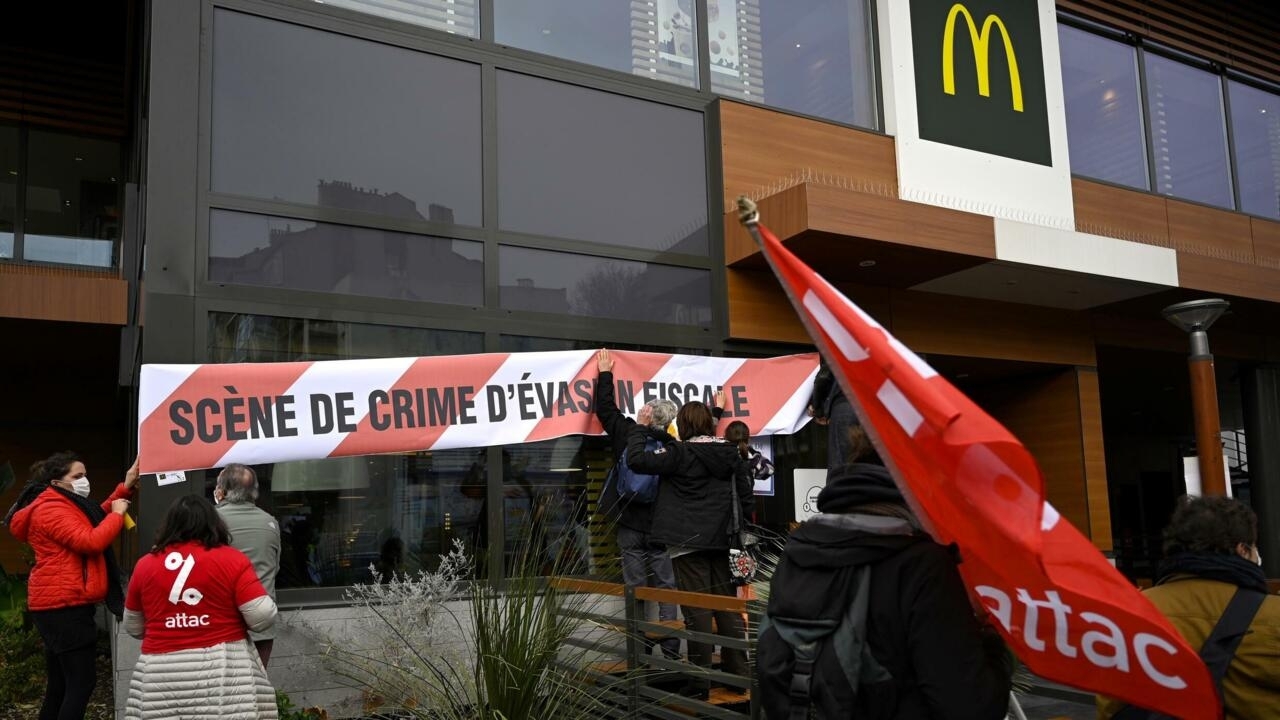 "It is an action of deduction at the source", declared at the microphone Raphaël Pradeau, spokesperson for the anti-globalization association.

"We will return these objects to those who do nothing to collect them, that is to say the State", he added, showing the two red baby chairs and the advertising banners stolen a few minutes later. early.

Around 11:00 a.m., some forty Attac militants, dressed in red, simultaneously dismantled the banners from the gas station and took out chairs from the restaurant, the two being located side by side, boulevard Sakakini in Marseille.

The McDonald's manager immediately went out to remove it and tear off the stickers.

The activists then headed for the prefecture of Bouches-du-Rhône, where they placed the "collected" objects in front of the large wooden doors.

By this action, Attac intends to denounce the practices of tax evasion of certain multinational companies, "which use the exchanges between their various subsidiaries, which are established in countries where the taxation is low (...), to reduce very strongly the amount of their taxes ".

"The government wants to make the most precarious people pay for the crisis, public services are deteriorating, but the money must be found where it is," said Mr. Pradeau.

Attac had practiced these actions of "levying" taxes in 2016 already, by taking chairs in BNP-Paribas agencies, a non-violent action aimed at denouncing the bank's activities in tax havens.