The expert: "No war between the United States and Russia"

Despite the harsh tone between the US and Russian foreign ministers and increased military activity at the Ukrainian border, Jan Hallenberg, an expert on US security policy, says that an armed conflict between the countries is unlikely. - There will be no war between the United States and Russia that many fear. 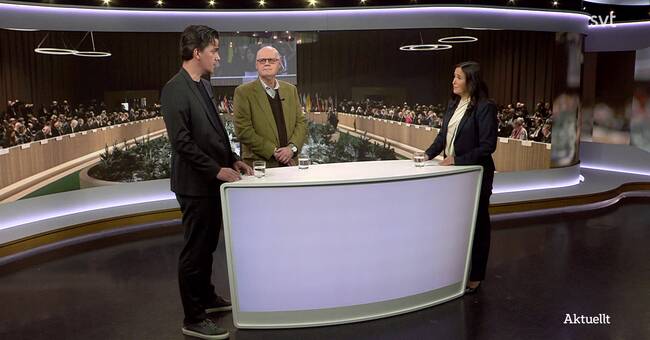 When the US and Russian foreign ministers met during the OSCE meeting in Stockholm, the Ukraine conflict was high on the agenda.

Russia's increased military activity near Ukraine's border in recent weeks has caused concern in Kiev as well as in NATO and EU countries, and the tone between ministers was somewhat harsh.

Despite the escalating situation, Jan Hallenberg, an expert on American security policy at the Foreign Policy Institute, believes that an armed conflict between the United States and Russia is unlikely.

- NATO will not respond with military force and both parties know that.

That is why NATO has such a high tone, it tries to threaten Russia but with sanctions, not military force.

There will be no war between the USA and Russia that many fear, says Jan Hallenberg in SVT's Aktuellt.

During Thursday's meeting, the Foreign Ministers agreed to continue the dialogue in order to avoid conflict.

Jan Hallenberg says that it is not a given that the countries come to a common solution - much because of their fundamentally different views on the situation.

- The United States believes that each country in Europe should be able to choose its own security, while Russia believes that the countries closest to Russia must take into account Russian security policy interests.

At the moment, it is difficult to see how this can be solved, they have too different views, he says.

Strong military can be a deterrent

Martin Kragh, Deputy Director of the Center for Eastern European Studies, emphasizes that the increased military presence on the Russian-Ukrainian border is very serious.

However, sanctions and an increasingly strong Ukrainian military can be a deterrent.

- If there is one thing Putin wants to avoid, it is that Russian soldiers will die in a war that they do not understand why they are there for, says Martin Kragh.