Prosecutor Christina Hildebrand has been given access to new material that will help the investigation move forward. This is a new video that shows the entire two-hour-long gang rape. 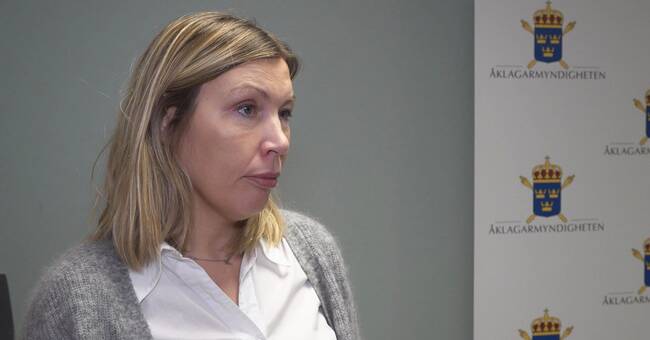 In May last year, a woman from Dalarna and a group of ten men met at an address in Hälsingland to have a planned sex game together.

Everyone involved agreed that some form of sex should be carried out.

But the sex game instead developed into what the prosecutor believes is a two-hour gang rape.

- There is a man who has organized this meeting and invited these other men who are present, says prosecutor Christina Hildebrand.

A short video from the incident was found at the beginning of the investigation this summer - now the entire video material has emerged, which shows the entire process.

The video shows and hears a total of ten men participating in the suspected rape.

Now Christina Hildebrand hopes to be able to identify the remaining suspects through the full video.

At the moment, three men, one from Dalarna, one from Hälsingland and one from Västernorrland, are in custody.

Politicians from Gävleborg released from suspicion

The politician in Gävleborg who was previously among the main suspects has now been released from all suspicions.

- We have written off the suspicions about him, there is no reason to believe that he has committed any crime because he is not in the film, the prosecutor says.

In the clip above, Christina Hildebrand talks about the continued work of identifying the men.