More than 50 fully vaccinated people are suspected of having been infected with omicron after a Christmas dinner in Oslo and the coronary restrictions in the country have been tightened. Frode Forland, director of infection control at the Norwegian Public Health Agency, FHI, is concerned that so many people seem to have had breakthrough infections: - It seems to be the first proof that this is a very contagious variant that has come to the country. 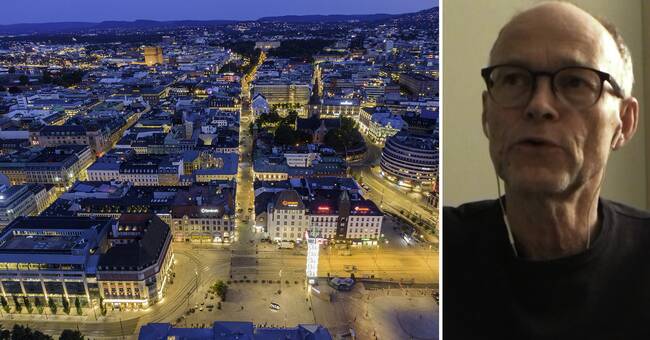 Of the more than 50 covid cases found, one has been confirmed to be the new variant omicron.

Others, however, have given special results on PCR tests and are now waiting to be analyzed.

- It is very likely that they are also infected with the omicron variant, says Frode Forland in SVT's Aktuellt.

- It is a very disturbing situation.

Everyone who was at the Christmas table must have been fully vaccinated and was also asked to test themselves before the event.

None of those infected in the Oslo outbreak have had serious symptoms.

- We do not yet know anything through studies, but it has been seen in South Africa and Norway that both people who have received the vaccine and those who have previously had covid have become ill again from this variant.

Must count on dark numbers

However, the risk of breakthrough infection means that the spread of infection risks increasing - and thus the burden on healthcare when the variant reaches risk groups.

Sharper measures may then be relevant, says Frode Forland.

- Tonight we have worked with a regulation that provides legal measures, not just recommendations, in Oslo and the municipalities around Oslo.

In the same way, they work with this in the municipalities around Bergen.

In Sweden, a total of six cases of omicrons have been confirmed - but Forland believes that we should adjust to a larger dark figure.

- You have to reckon with that.

In Norway, we have a total of five confirmed cases, but there now seem to be perhaps fifty more who are linked to the incident in Oslo.