Against the image of France, the land of "freedom, equality and brotherhood" and the cradle of human rights, the New York Times said, there is a darker landscape in this country of racism, anti-Semitism and a history of intolerance that looks set to mark a new chapter. 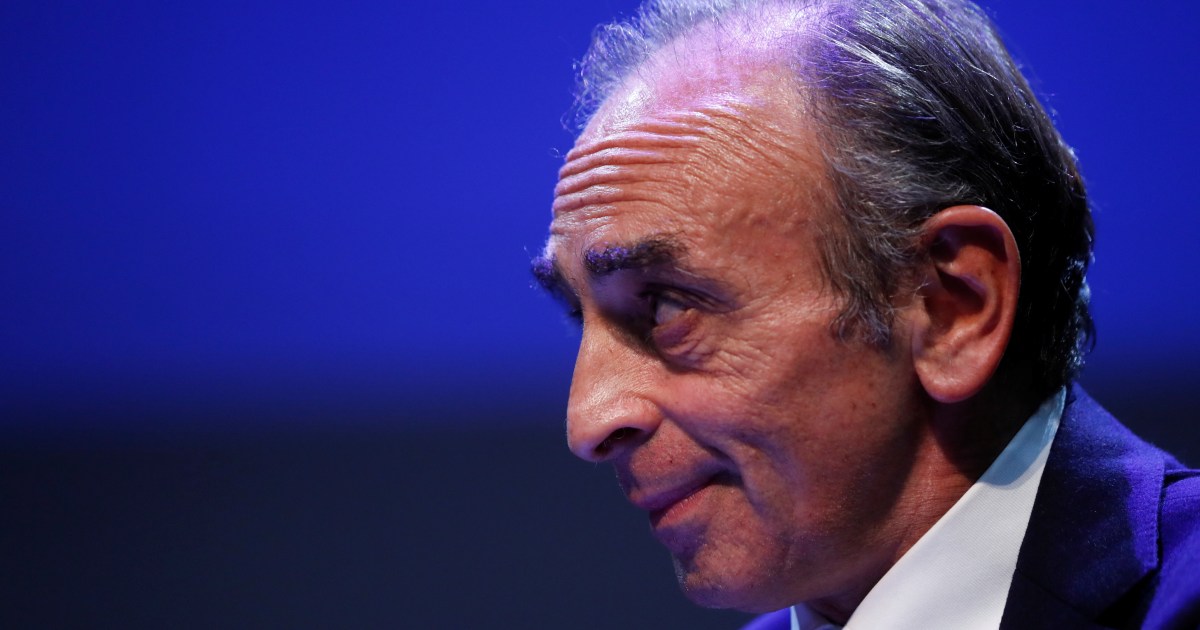 Against the image of France, the land of "liberty, equality and brotherhood" and the cradle of human rights, the New York Times said, there is a darker landscape of this country's political traditions rife with racism and anti-Semitism, and a history of intolerance that looks set to mark a new chapter with a "hero". Unexpected" appears to be far-right presidential candidate Eric Zemmour.

And the newspaper stated - in a joint article by writer and academic Mitchell Abidor and Miguel Lago - that this controversial right-winger, who officially announced last Tuesday his candidacy for the upcoming French elections, is currently the loudest and most extreme voice of French racism.

She added that as poll numbers in favor of him began to decline from their highs earlier this fall, Zemmour's divisive campaign resonated with a large part of the French electorate and is still among the main candidates for the moment, as he makes the headlines and unleashes the An "evil fanaticism" that the country has not witnessed for years.

But the great irony - the two writers stress - is that Zemmour, who was twice convicted of inciting hatred and racial discrimination, is a Jew who belongs to the same society that was once targeted by the racists who today carry their legacy and evoke their traditions. He has modernized the hatred of old France and opened a new era for it.

Abidor and Lago pointed out that seeing the roots of Zemmour's ideology is not difficult, as he considers his insistence that France is fighting a "religious war" with Islam and an "ethnic war" with its population of Arabs and people of African origin, and that Muslims have "colonized" entire neighborhoods in major cities and that Islam is a religion of terror and that French Muslims must choose between Islam or France (which he sees as contradictory), only a modernization of similar hatred that targeted the Jews a century and a quarter of a century ago.

The two authors point out that in the same way that anti-Semites in the past accused the Jews, whom they considered "evil and powerful", of committing crimes of various kinds - even causing the flooding of the Seine - Zammour sees that Muslims are not innocent of the crime, such as that - in his opinion - they caused " Occupy” cities and their suburbs and forced workers to work from their remote homes, and they and their children caused the spread of drugs and the lack of resources in hospitals.

As for his vision of solving these problems and the rest of the other problems, it is a simple solution, as he wants - like the French anti-Semites in the past - to reduce the presence of immigrants in the country, so social housing should be available only to the French, and he means them "white French" without explaining how he will deal, for example With naturalized people or Muslims born in France, because they are of no value to him and the only important issue is racism.

In the opinion of the two writers, Zammour is not ignorant of this historical legacy and is not just a populist person, but is a writer and a popular historian who regularly quotes reactionary political figures, writers and thinkers from French history, and among his many revisions to French history, he continued to emphasize a claim he first made in 2014 in which he emphasized Philippe Petain, the leader of the French puppet government during World War II, protected French Jews during the war and only helped deport foreign Jews.

And they conclude that by expressing such positions, Zemmour, a Jew of Algerian origin, reflects a distorted version of Jewish assimilation, as he died - in his view - the threat posed by right-wing anti-Semites in France for a long time, and the attacks against Jews in recent years from the work Isolated individuals, gangs or terrorists, and today the Jew who was an outsider yesterday is a resident of the country and he is the one who defends France even if it harms his sect.