Hylte municipality had the most confirmed corona falls per inhabitant in the country during week 47. Region Halland points to the spread of infection at Örnaskolan as a cause. 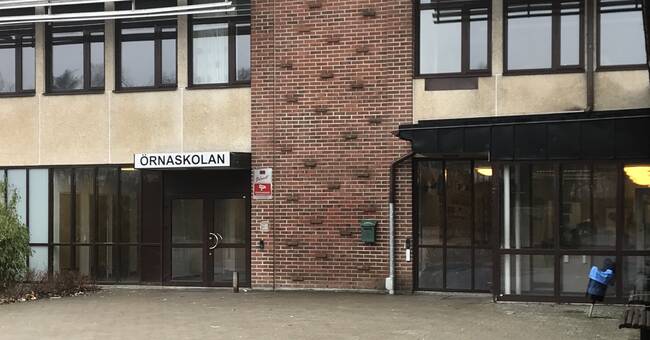 On Monday, November 22, the message came.

Infection control and school management prior to distance education at Örnaskolan.

The reason: About ten students have been confirmed infected with the coronavirus.

When the corona statistics for week 47 are now presented, Hylte tops the municipal list.

A total of 112 cases were confirmed during the week, which makes Hylte the municipality with the highest spread of infection per inhabitant in Sweden.

- The infection in upper secondary school accounts for a large proportion of cases, but we have a large man-laying and infection tracing underway, says Johanna Wiechel-Steier, communications director at Region Halland.

In addition to distance learning for two days, no extra local measures are planned, the region answers that they follow the national plan.

Vaccines have been offered at the school

Region Halland has on previous occasions been to the school to offer vaccination to the young people, but there is no summary of the vaccination coverage at the school.

Johanna Wiechel-Steier states, however, that even though several have been vaccinated at the time, the vaccine needs weeks before it has full effect.

Small spread of infection - large effect on the statistics

Region Halland also believes that outbreaks in smaller municipalities have a large impact on statistics when comparing per inhabitant.

For example, Halmstad municipality had more than twice as many cases, but significantly fewer cases per inhabitant compared with Hylte.