The imposing central station of Milan is transformed into an art gallery, the time of an exhibition on "The world of Banksy" which reconstructs life-size the provocative frescoes of the street artist Br… 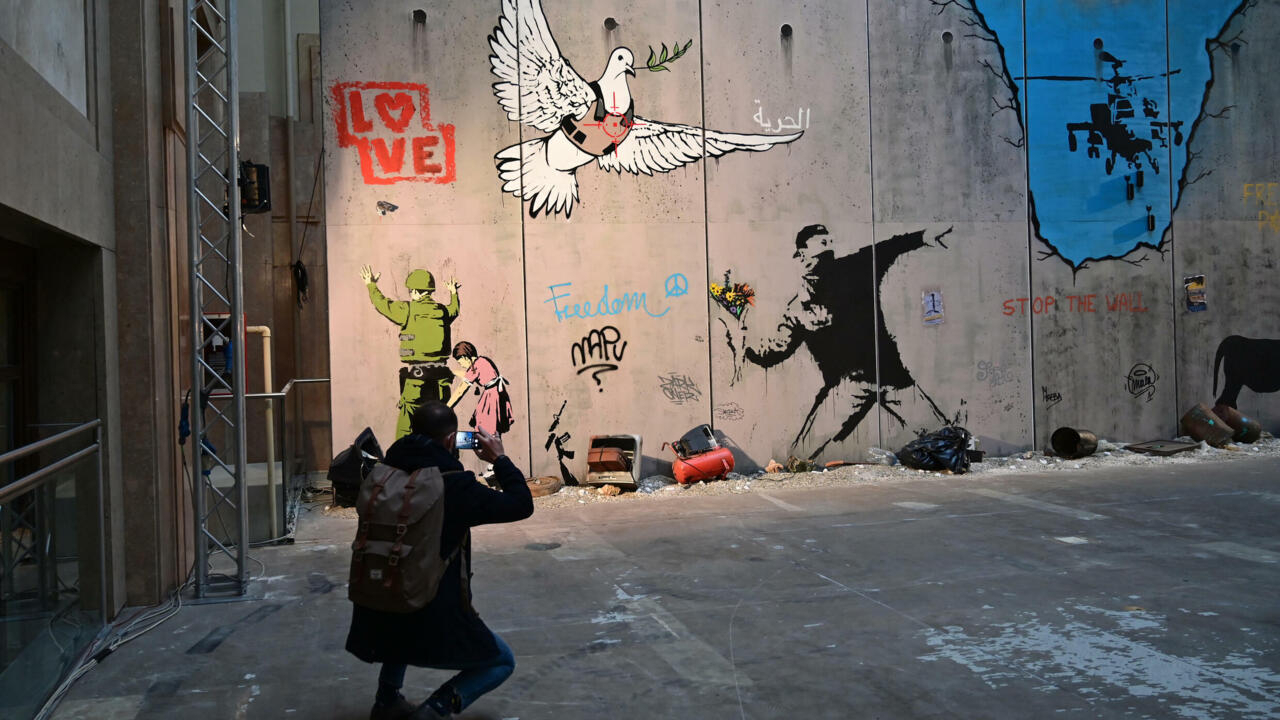 While his works panic the auction houses where they break records, with the famous "Balloon Girl" partly self-destroyed which was auctioned for 21.8 million euros, the goal of the exhibition that opens Friday is to make his art accessible to everyone.

"The idea is to make people travel without having to travel around the world to see the works of Banksy, especially as they were mostly destroyed, covered up or stolen," the curator told AFP. of the exhibition, Manu De Ros.

More than 130 murals and serigraphs are on display in the halls of this Mussolini-style station until February 27, in the middle of a decor that faithfully reproduces the universe of the mysterious artist from Bristol.

"We reproduced the walls on which Banksy painted, bricks, concrete, the dirt of the streets, the pollution," says Manu De Ros.

The frescoes were created by a collective of young graffiti artists and students.

If we find the great classics like "The Flower Thrower" featuring a masked young man who is about to throw a bouquet of flowers as a Molotov cocktail and many stencils representing his favorite animal, the rat, he there are also more recent works rarely exhibited so far.

Among them, the graffiti entitled "Atchoum !!"

of the old lady who sneezes to the point of losing her dentures, produced at the start of the coronavirus pandemic (2020) or a 2021 work on the escapee from Reading prison in England, who escapes with his machine to write, alluding to the Irish writer Oscar Wilde who was imprisoned there in the 1890s.

While thousands of travelers pass through Milan station at a frantic pace every day, the exhibition invites them to "stop and take the time to reflect" by immersing themselves in the enigmatic world of Banksy, says Manu De Ros.

"He is an anti-conformist who sends messages for humanist ends through provocation and irony," he continues.

Has the exhibition been authorized by the artist?

"No, Banksy never gives the green light for exhibitions he does not organize himself, but he never bans them."