Without quarantine.. Learn about the new conditions for entering Saudi Arabia to perform Umrah

The Saudi Ministry of Hajj and Umrah has determined the conditions that must be met to enter the Kingdom for the purpose of performing Umrah, and the age groups allowed to do so. 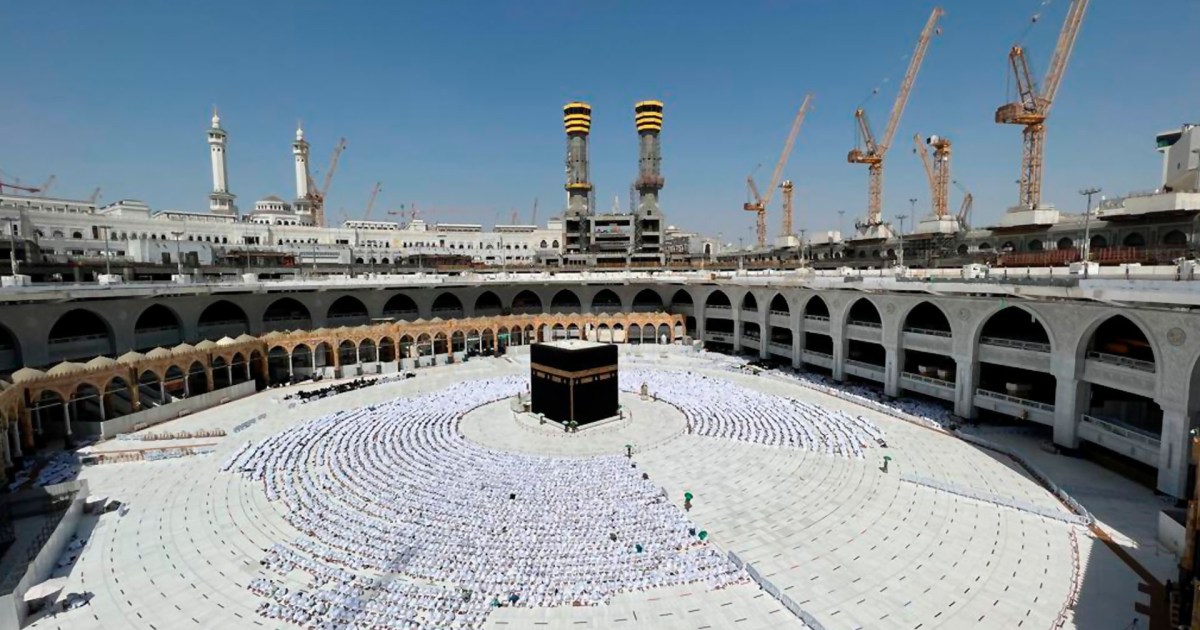 The Saudi Ministry of Hajj and Umrah has determined the conditions that must be met to enter the Kingdom for the purpose of performing Umrah, and the age groups allowed to do so.

The ministry said that the requirements for foreign pilgrims to come to the Kingdom to perform Umrah from the countries from which they are allowed to come, stipulate a two-dose immunization requirement for all pilgrims coming from abroad on an Umrah visa, as those vaccinated with vaccines approved in Saudi Arabia will be allowed to perform Umrah directly without the need for stone.

She explained that pilgrims coming from abroad and who are immunized with vaccines doses approved by the World Health Organization, will apply institutional quarantine procedures to them for a period of 3 days, and after 48 hours of quarantine they must submit a negative PCR test certificate, to go directly after that to perform the rituals of Umrah.

The Ministry of Hajj and Umrah indicated that the period of stay inside the Kingdom for pilgrims coming from outside Saudi Arabia was increased to 30 days, noting that the age group allowed to come for Umrah from abroad includes those who are 18 years and above, according to the requirements of the Ministry of Health, and those coming from abroad will not be allowed. For those under the age of 18 to perform Umrah.

Requirements for issuing Umrah visas for those coming from outside the Kingdom.# Ministry of Hajj and Umrah pic.twitter.com/PZGBeTtSvs

The announcement by the Ministry of Hajj and Umrah comes that the duration of stay for pilgrims abroad is 30 days, in line with the return to normal life, easing precautionary measures, allowing the use of the full capacity in the Two Holy Mosques, and canceling physical distance in them.

And the approved vaccines inside the Kingdom are: Pfizer-BioNTech, Moderna, AstraZeneca-Oxford, Johnson & Johnson, Sinopharm and Sinovac.

The Ministry of Hajj and Umrah had set the period of stay inside the Kingdom for those coming to perform Umrah from abroad at 10 days, when the third phase of the gradual return to Umrah, which began to be applied more than a year ago, began, to return at the present time the period of residence of Umrah pilgrims abroad to what it was before the Corona pandemic.

The easing of the Umrah procedures announced by the Kingdom coincided with the announcement by an official source in the Saudi Ministry of Health that a case of the mutated strain “omicron” had been detected for a citizen coming from a North African country, noting that an epidemiological investigation had been carried out, the infected person and his contacts were isolated, and the approved health procedures were completed. .

Commenting on the emergence of "Omicron" in the Kingdom, Saudi Health Minister Fahd Al-Jalajil said that the Kingdom is carefully following the developments the world is witnessing in the face of the Corona virus and its modifications.

"We raise the readiness at all levels to confront Corona and its modifications," Al-Jalajil said, calling on everyone to ensure safety by completing immunization and adhering to precautionary measures.