I drink dates and milk.. An Egyptian festival singer stirs controversy by changing the lyrics of his song in Saudi Arabia, and Hani Shaker responds

The Egyptian festival singer Omar Kamal sparked the ridicule of his followers on social media platforms, after changing the words of the “Bint Al Jeeran” festival, during his concert at the Riyadh Festival. What is the first response to Hani Shaker to refer Kamal for investigation? 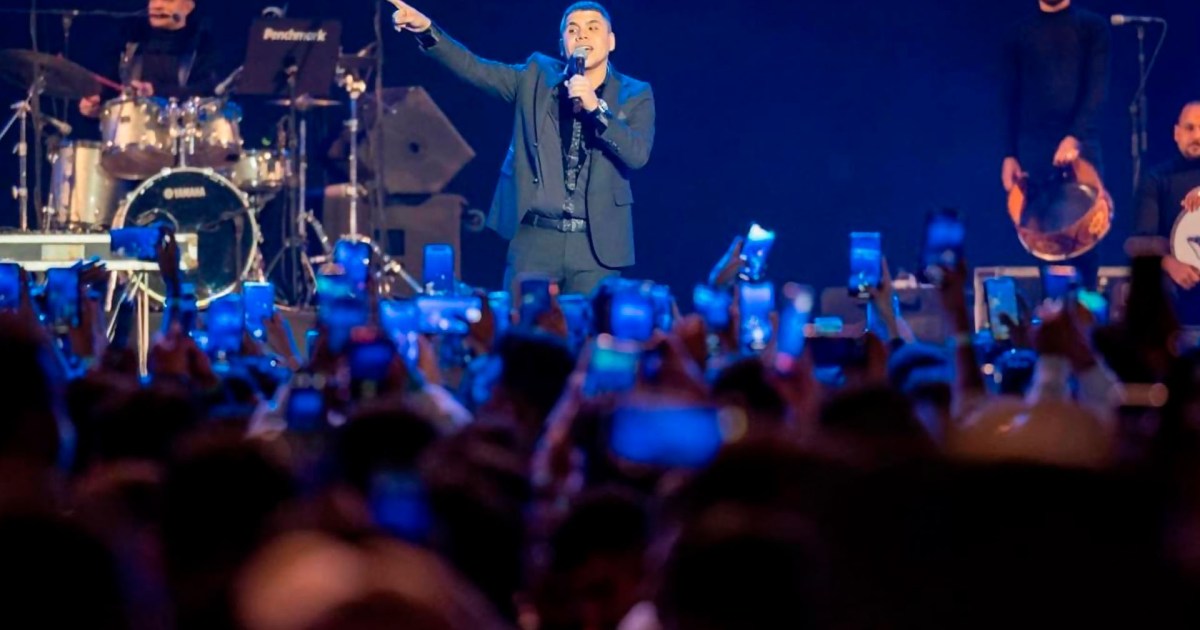 The Egyptian festival singer Omar Kamal sparked the ridicule of his followers on social media platforms, after changing the words of the "Bint Al Jeeran" festival, during his concert at the Riyadh Festival.

In a comment on Facebook, published by a local newspaper, the Egyptian singer said: "It is not appropriate for the pure country that is standing on its land, and in implementation of the instructions of Captain Hani Shaker."

And the Egyptian Syndicate of Musical Professions, headed by Hani Shaker, decided to transfer Kamal to the investigation because of his recent concert in Saudi Arabia, in which he replaced the lyrics of his song, justifying that by standing on "pure land".

In turn, the artist, Hani Shaker, commented, in a telephone interview on a local TV channel, yesterday, Wednesday, on the union’s decision to refer Kamal for investigation, and spoke about the importance of preventing outward speech in songs in all Arab countries, saying: “Egypt is pure and all Arab lands are pure, meaning eh ( What does it mean) I change my words here and there?!”

Kamal responded to the union's decision, with a video on his personal page on Facebook, saying: I was surprised by all the newspapers and websites that there was a list of accusations that I insulted Egypt and its name and insulted Egypt directly and indirectly.

The Egyptian mahraganat singer denied the statements attributed to him, stressing that he did not issue this clarification regarding the reason for replacing the lyrics of the song, saying: Very wrong words. Commentary) and publishes it jokingly and through Photoshop.

In the same context, tweeters expressed their rejection of the intentional change of words in Riyadh, noting that Egypt enjoys a religious specificity like Saudi Arabia, and there is no justification for separating them in this way, while others saw that he did not intentionally offend Egypt and was correct in describing Saudi Arabia as a pure land.

Others also ridiculed the idea of ​​changing the lyrics of the song in this way, and suggested some other words that could also suit them, stressing at the same time the correctness of the decision of the captain of musicians, Hani Shaker, to legalize the conditions of festival singers in Egypt.

And the media, Dalia Abu Omar, said in a tweet to her: "In principle, Egypt mentioned in the Qur'an, this is (this) in addition to the fact that the context of the song mentioned wines and hashish (wine and hashish) to indicate the bad condition of the beloved who (which) brought him to this (for this), but he will drink dates and milk. Why? (He will drink dates and milk) will break (Will he break) his fast, for example... The truth in some personalities is that Akram should remain silent.

Meant primarily Egypt mentioned in the

country thou Gnetha here Wines and hashish de next to

the context of the

song mentioned wines and hashish to refer to the

poor condition of the

truth in some of the

About two weeks ago, the Syndicate of Musical Professions issued a decision to suspend 19 singers of festivals and folk songs from singing.

The head of the Musicians' Syndicate, Hani Shaker, confirmed at the time that the ban aims to control what he called the state of pandemonium that has occurred in the art scene recently, and that whoever wishes to reconcile his conditions, prepare his papers and pass the syndicate's test at the hands of great composers, the Syndicate will not object to that.

Ashan know that the

decision Hany Shaker was true singers on festivals and prevent them from singing , of

People mock Omar Kamal because he said dates and milk instead of alcohol and hashish. In Saudi Arabia, he commented on them and said, “I will implement the union’s instructions.” The two words found that Saudi Arabia is the purest place on earth

. We don’t have the problem of Saudi Arabia on our heads, medicine. For Egypt, it is not a pure place, please, until we mention it in the Qur’an.

Do not drink alcohol and hashish

And we don't let her eat honey and

I mean, there are dates and milk... We have alcohol and hashish... These

forms have offended our people in an unprecedented way... pic.twitter.com/7KCEUpPRFv