Presidential: strong in its momentum, the popular primary still hopes to bring together the left

Despite the refusals of Anne Hidalgo, Yannick Jadot and Jean-Luc Mélenchon to participate, the organizers of the "popular primary", a citizens' initiative aiming to unite the left, do not despair of… 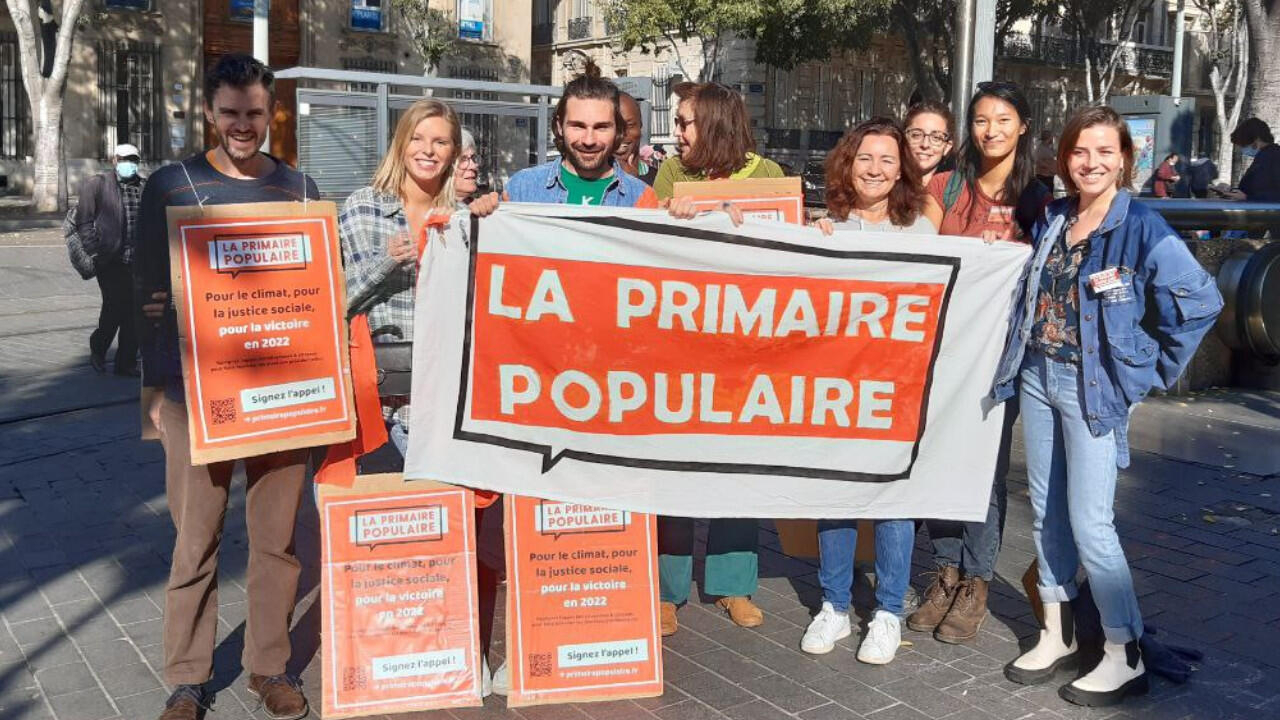 "We go from a popular primary to a popular nomination."

While the main left-wing candidates in the presidential election refused to participate in the popular primary, the organizers of this citizens' initiative intend to organize a vote, from January 27 to 30, to designate the one "capable of bringing together to do win ecology, democracy and social justice ".

Launched six months ago by committed citizens, the popular primary began by setting a common base made up of ten clearly marked “break” proposals on the left, then set itself the goal of allowing voters to choose themselves their presidential candidate. A first phase of sponsorship made it possible to bring out, without their asking, ten personalities: Anna Agueb-Porterie, Clémentine Autain, Gaël Giraud, Anne Hidalgo, Yannick Jadot, Pierre Larrouturou, Charlotte Marchandise, Jean-Luc Mélenchon, François Ruffin and Christiane Taubira. They had until November 30 to make it known whether they agreed to participate in the popular primary by submitting to a vote originally scheduled for January 13 to 16.

>> To read: Popular primary: a utopian citizen project to bring together the left and environmentalists

But only the associative activist Anna Agueb-Porterie, the MEP Pierre Larrouturou and the former local elected Charlotte Marchandise answered in the affirmative, while the big fish, already launched in the campaign under the colors of their respective party, do not have not followed up.

The activists of the popular primary, however, did everything to convince Anne Hidalgo, Yannick Jadot and Jean-Luc Mélenchon to join their initiative.

For several weeks, they organized sit-ins in front of the headquarters of the Socialist Party (PS), Europe Écologie-Les Verts (EELV) and La France insoumise (LFI), chanting slogans like "Zemmour au second round, whose fault is it? "

or "The urgency is now".

🔥 This week, the activists of the Popular Primary took turns in front of the headquarters of the PS, EELV and LFI to challenge Anne Hidalgo, Yannick Jadot and Jean-Luc Mélenchon and invite them to join the dynamic of #PrimairePopulaire .

"Despite our calls, we did not get a response from them. We take note. However, we immediately launch the organization of a vote by telling them that the ball is in their court and the dynamics with us, "says Mathilde Imer, spokesperson for the popular primary, contacted by France 24.

Because if the presidential candidates camp for the moment on their position, the citizens of the left are them more and more numerous to join the movement. The call for a joint candidacy launched on the platform of the popular primary was thus signed, on December 1, by nearly 215,000 people. That is to say far more signatories than the 20,000 members of the PS who chose Anne Hidalgo, than the 120,000 voters of the green primary who appointed Yannick Jadot and almost as many as the 260,000 activists who have so far supported the candidacy of Jean-Luc Mélenchon.

"We feel that there is a strong dynamic, with 5,000 very active volunteers throughout the territory and ten additional local branches that are created each week, underlines Mathilde Imer. The movement is clearly taking hold and, from now on, , the outlook of political parties has changed. At first they laughed at us, now they watch us. "

For the elections, everything is a matter of dynamics.

Guess where they are?

Because beyond the official refusal of the candidates to participate in the popular primary, some members of the PS or EELV plead internally to consider an initiative that would have the merit, according to them, of relaunching a presidential campaign dominated for months by the themes of the far right.

Even if they support Jean-Luc Mélenchon, the LFI deputies François Ruffin and Clémentine Autain, in particular, provided symbolic support to the popular primary, while the former candidate for the ecological primary, Sandrine Rousseau, was committed to participate in the event of victory for the Greens.

However, neither Anne Hidalgo, nor Yannick Jadot, nor Jean-Luc Mélenchon, at the present time, imagine themselves to step aside behind another candidate and even less within a process that would take place outside the parties. .

"The no camp won with us as with others, regrets Sandrine Rousseau, contacted by France 24. There are structural effects that seem difficult to overcome because the parties want to keep control."

"I do not understand", plague Charlotte Marchandise, who had made herself known for having been a "citizen candidate" during the last presidential election, and one of the ten personalities preselected during the sponsorship phase of the popular primary, contacted by France 24. "From the start, the parties have been associated with our initiative. There are a lot of people internally who are in favor of it and, unfortunately, the voice of political leaders does not represent the voice of party activists."

While there are currently seven left-wing presidential candidates for a total of only 25% of voting intentions, according to polls, supporters of the left are 70% in favor of a single candidacy from the left. in 2022, according to a recent Ifop study published in the Journal du Dimanche.

With this in mind, the organizers of the popular primary therefore decided to go ahead.

They will organize a vote at the end of January to decide, among the preselected candidates, those still engaged in the race for the Élysée on January 15, including if they still refuse to join the initiative.

"There will be, whatever happens, a candidate appointed at the end of the vote and we will then push for the rally to be around this winner, explains Mathilde Imer. We will put our mobilization capacity at his service."

🔥 This week, the activists of the Popular Primary took turns in front of the headquarters of the PS, EELV and LFI to challenge Anne Hidalgo, Yannick Jadot and Jean-Luc Mélenchon and invite them to join the dynamic of #PrimairePopulaire .

Supporters of the popular primary therefore risk voting and supporting a candidate who will have given them little consideration.

Unless a surprise candidacy, in the person of Christiane Taubira, disrupts the game. The former Minister of Justice and presidential candidate of 2002, who is one of the ten preselected personalities, has hinted at an opening these last few weeks.

"Unlike the beginning when she closed the door completely, she is now in a position which consists of saying neither yes nor no, judges Mathilde Imer. In the discussions we have with her, we feel that she is asking herself the question of how to be useful. She asked us a little time. The story is not clear cut. "

What to maintain a little more hope among sympathizers of the left.