President of Belarus Alexander Lukashenko said that he was ready to stop the transit of energy resources to Europe if Poland closes the border with the republic. 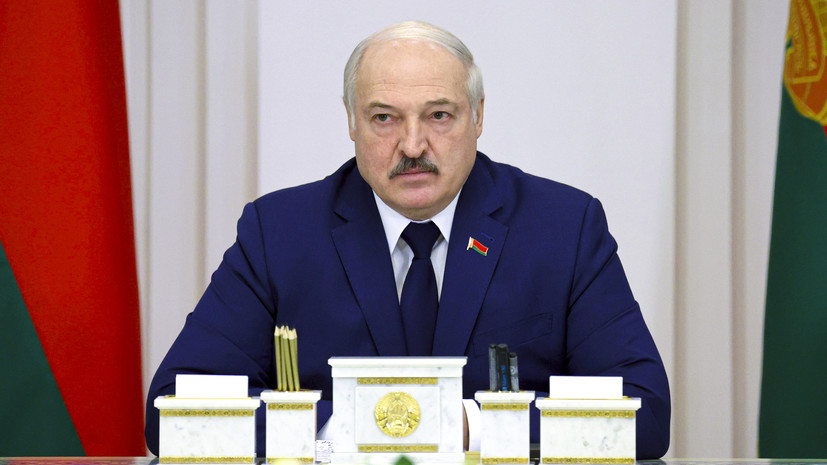 “Listen, when the Poles or some other Poles strangle me, will I look at any contracts?

Come on, what are you talking about? "

He noted that he was talking about this seriously.

“The Poles decided to close the border with Belarus for us.

We don't go to the European Union very often.

Our interest today is in Russia, China and the East most of all.

What if I close it?

What will happen to this flow then, which is mainly to Russia, China goes through us? "

Earlier, Polish Prime Minister Mateusz Morawiecki, after a meeting with Estonian Prime Minister Kaya Kallas, previously announced the possible closure of the border with Belarus due to the migration crisis, as well as serious economic sanctions against Minsk.

The deputy head of the Polish Foreign Ministry Martin Przydach noted that Poland could close the next checkpoints on the border with Belarus.

Lithuania also announced that it is ready to close the border with Belarus in case of an increase in the flow of migrants.

Lukashenko earlier called on the EU to think about the transit of gas and goods that go through the territory of the republic, before deciding on the introduction of new sanctions.

Bundestag deputy Klaus Ernst noted that he considers Lukashenka's threats to cut off gas supplies to Europe as realistic.

The Kremlin, commenting on Lukashenka’s words about gas transit through the Yamal-Europe pipeline in the event of new EU sanctions, said that Russia “was, is and will potentially remain a country - the guarantor of the energy security of the European continent.”