Paris Saint-Germain could not celebrate as it wished its first match with a Ballon d'Or in its ranks, Lionel Messi, held in check by Nice (0-0) in a sad match on Wednesday for… 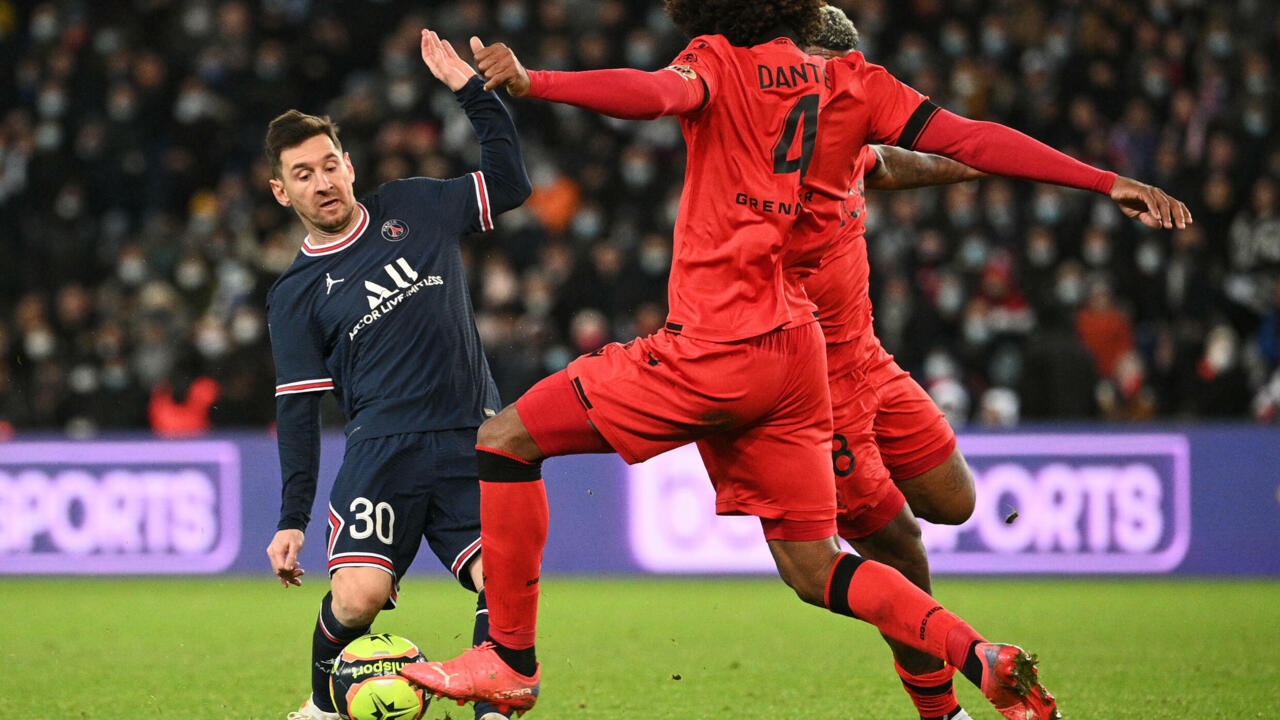 Not spoiled, but soft, like PSG, off especially in the first period.

Paris can not even savor the title of autumn champion, not yet acquired, with twelve points ahead of Marseille (2nd), which nevertheless has one game less, that in Lyon.

Thirteen wins, one defeat (2-0 at Rennes) and two draws including this one, Mauricio Pochettino's balance sheet is excellent, but the coach's game plans are moving slowly.

Nice's tight defense, the best in L1 with OM (twelve goals conceded), hampered its players, but the Parisians did not push it to its limits either.

Messi, who presented his seventh Ballon d'Or before the match, did not shine: a free kick not sufficiently supported (12th), a good pass for Kylian Mbappé who crossed his shot too much (64th), it is a little short for his genius.

Paris Saint-Germain's Argentine striker, Lionel Messi, poses with his Ballon d'Or, before the PSG match against Nice, counting for the 16th day of Ligue 1, on December 1, 2021 at the Parc des Princes FRANCK FIFE AFP

In the absence of Neymar, injured for six to eight weeks, the Mbappé-Messi duo sought a lot but little found, with the "Pulga" in a center-forward position, Mbappé on the left and Angel Di Maria on the law.

They were trapped by Christophe Galtier's plan.

The Nice coach expected revenge from his players, beaten by the relegated Metz (1-0), he got a response full of desire and discipline.

With a little more daring, the Gym could even have won.

The Azuréens have in any case created the best opportunities, with three real goal balls.

Dolberg on the pole

They fired the first arrow, a powerful strike from Kasper Dolberg towards the window, deflected by Gianluigi Donnarumma (9th).

The OGCN could have opened the scoring with a smashed header from Andy Delort, boxed by the Italian goalkeeper, who immediately honored his Yachine trophy for best goalkeeper on the planet (32nd).

More than Messi to his Ballon d'Or.

Above all, a head of Dolberg crashed on the post, and almost came back to him in the feet (59th).

The Parisians did well on this one.

An acceleration from Andy Delort was also extinguished by a slipped tackle from Presnel Kimpembe (17th).

PSG only seriously carried the danger around half an hour of play, a surprise shot from Kylian Mbappé repulsed by Walter Benitez (27th).

Otherwise the Parisians have only made a little smoke on the crushed free kick of Messi and a recovery too removed from Angel Di Maria (42nd).

They woke up after the break, pulled out of bed by a counter initiated by Mbappé who shifted Di Maria, but Walter Benitez saved his team with his foot in front of his compatriot (51st).

But Mbappé was not successful, hit in the face by the hand of Jean-Clair Todibo (53rd), involuntarily according to the referee, he asked in vain for a penalty, then did not frame Messi's golden service , the best gesture of the evening of the Argentinian.

He could, once again, have ended up as a hero and made Paris win on the edge, with a cross on the line missed by Mauro Icardi at the last second (90th + 3).

It would have been a Ballon d'Or gesture, but this PSG did not deserve the victory.