Hunger spreads in Afghanistan, leading babies to the brink of death

Will Zubair survive? At one and a half months, he weighs barely two kilos and struggles in his survival blanket under the gaze of his mother who hesitates between fear and hope. It is that day the fifth ... 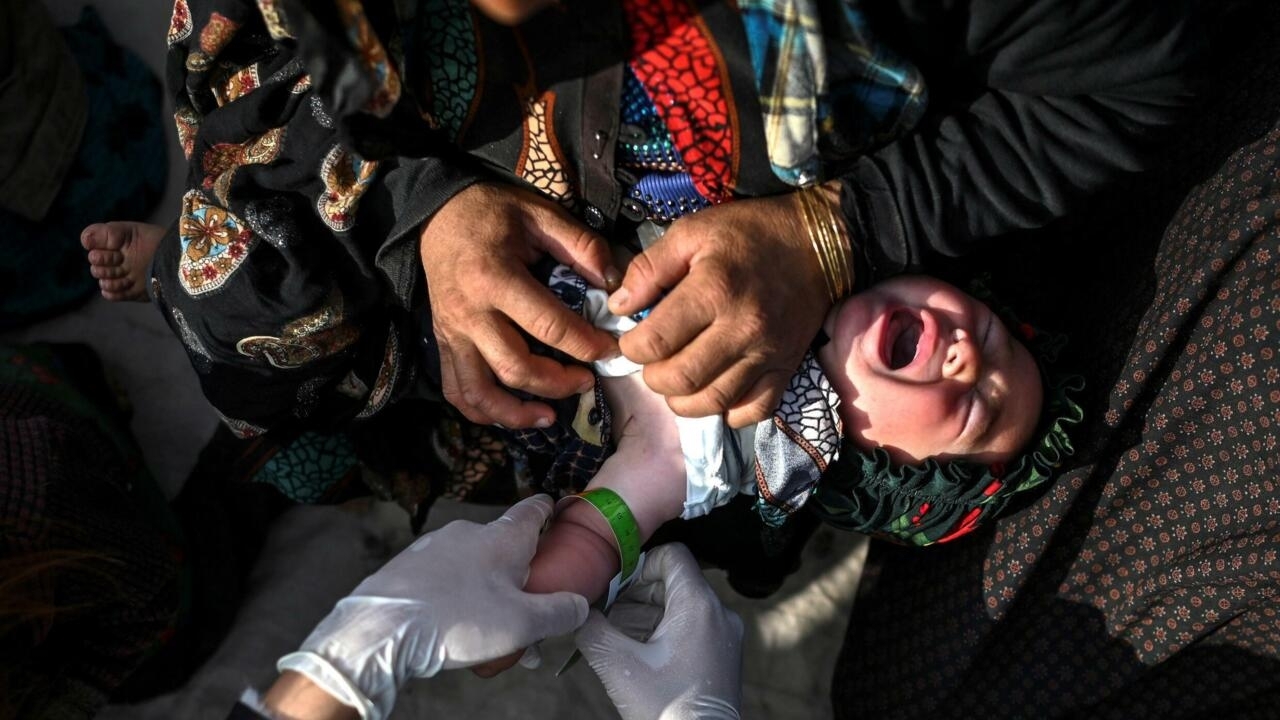 There are the crying children, most of the little ones under the age of 2, the heat of the intensive care rooms, the dozens of busy caregivers, the mothers exhausted from worrying.

Do they know that more than one in five children who arrive at the Doctors Without Borders (MSF) NGO clinic in Herat, the largest city in western Afghanistan, will not survive?

The clinic, located right next to the public hospital, has grown from 45 to 75 beds in recent months, to help local authorities face the collapse of the health system that followed the Taliban's return to power in mid-August. .

The NGO receives around sixty new patients there each week.

"Mothers often come from far away" to the public hospital next door.

But it is "no longer supplied" with equipment and drugs, and "the doctors and nurses are no longer paid", explains the head nurse of the clinic, Gaïa Giletta.

But after her release, her baby remained weak and sick.

When she returned to the hospital, she was sent to MSF.

At the clinic, Zubair was quickly examined and placed in intensive care, where he joined around ten children.

Infused, his face buried under an oxygen mask almost as large as his tiny skull, he made it through the night, and even found the strength to scream.

Mothers sitting near their malnourished babies, in an MSF center in Herat, November 22, 2021 in Afghanistan Hector RETAMAL AFP

Initially, the doctors only gave him a few hours to live.

'Will he get through the winter?'

"He is still alive, but it remains complicated for him", explains Gaïa Giletta.

Because he did not escape the vicious circle of malnutrition: very weak, he caught a lung infection.

"Financially, we are not in a good situation", slips the mother of Zubair modestly.

Her husband left for Iran a few days ago to work as a day laborer.

A mother holds her malnourished baby in a Médecins Sans Frontières (MSF) center in Herat, on November 22, 2021 in Afghanistan Hector RETAMAL AFP

According to Unicef, 3.2 million Afghan children under 5 will suffer from severe malnutrition this winter, and a million of them could die from lack of treatment.

In the next room, Halima * watches over her 9-month-old twins.

In them, severe malnutrition caused edema which could be fatal.

“I got worried when I saw their faces swell up,” their mother said.

Initially, "I tried to breastfeed them, but I didn't have enough milk," she says.

Soon she no longer had enough to buy them powdered milk.

Her husband, a drug addict, she says, does nothing for her family.

Terrible news darkens the picture even more: the twins are the last victims of the measles epidemic.

They are placed in solitary confinement.

After two months in the clinic, Ali Omar, 5 months old, is getting better: he now weighs 3.1kg.

But the exit is approaching, and her mother, Sonita, worries: "Will he pass the winter if there is no milk and if the house is not heated?"

Before leaving the center, MSF gives mothers sachets containing a mixture of peanut butter and vitamins, the equivalent of a meal for a baby over 6 months old.

A malnourished baby receives treatment in an MSF center near Herat on November 22, 2021 in Afghanistan Hector RETAMAL AFP

"The problem is that sometimes mothers, once at home, share the bag between their children," explains Gaïa Giletta.

At the risk of overturning the baby again to malnutrition.

"The readmission rate (of babies who have already arrived) is very high", deplores Christophe Garnier, the coordinator of the MSF project in Hérat.

Malnutrition, already entrenched in a country plagued by 40 years of war, has worsened in recent years after severe droughts, he said.

And last summer, the West left, the Taliban regained power, and it all happened, throwing the country into a serious humanitarian crisis.

With MSF, the Taliban are showing "very collaborative" and "sincerely worried about the situation", notes Mr. Garnier.

For him, "the major change is probably international sanctions."

In reaction to the seizure of power by the Taliban, their enemies for 20 years, the United States froze the reserves of the Afghan Central Bank, draining the banking system, deplores Mr. Garnier who pleads for a thaw of these assets.

And international aid, which financed 75% of public spending, was interrupted.

Unemployment has soared, the price of food has doubled, and suffering is visible across the country, especially in camps for the displaced.

There are three near Herat, where 9,000 families have fled wars and droughts.

"When you are hungry, you can't think of anything else," says Muhammad Amin, a "gray beard" from the camp, where a little bread and tea are often the daily menu.

For lack of work, Muhammad Amin thinks of going to a clinic to try to sell one of his kidneys.

"Of course, I thought about the consequences but I tell myself that it could help the children."

One of his neighbors talks about the fate of a relative who became disabled after having sold a kidney for some 150,000 Afghanis (1,413 euros).

In these camps, MSF does prevention work with mothers who are sometimes totally destitute.

That day, an NGO medical assistant puts a graduated tricolor bracelet on each baby's arm to detect malnutrition.

A baby is in the red: at six months, he seems to have two.

Women wait in front of an MSF center to have their children examined, in a camp for displaced people near Herat, on November 22, 2021 in Afghanistan Hector RETAMAL AFP

She is invited to go to the clinic in Herat, where she and her child will be able to enjoy a luxury now inaccessible for many Afghans: having three meals a day.

* some people did not want to give their last name