"The global development initiative that I put forward at the UN General Assembly this year is highly compatible with the African Union’s "Agenda 2063" and the United Nations 2030 Agenda for Sustainable Development. African countries are welcome to actively support and participate."   On the evening of November 29, President Xi Jinping attended the opening ceremony of the Eighth Ministerial Conf 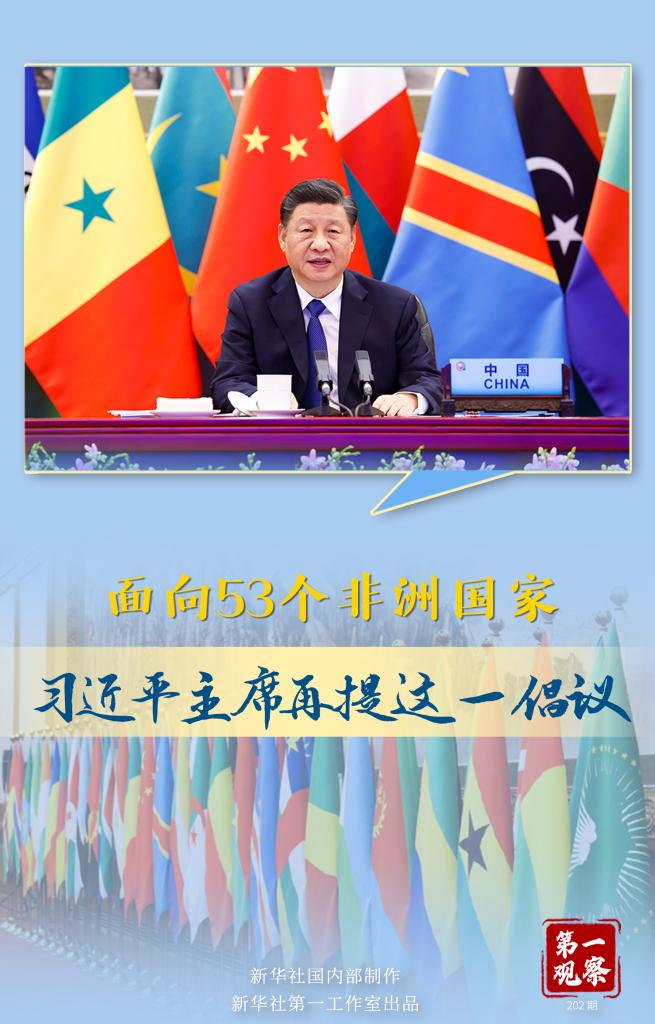 "The global development initiative that I put forward at the UN General Assembly this year is highly compatible with the African Union’s "Agenda 2063" and the United Nations 2030 Agenda for Sustainable Development. African countries are welcome to actively support and participate."

For more than two months, the "Global Development Initiative" has become a high-frequency word for Chinese heads of state diplomacy. Whether in multilateral occasions such as APEC and the G20, or in bilateral telephone conversations with foreign leaders, President Xi Jinping mentioned many times This initiative.

The Global Development Initiative upholds the core concept of putting people at the center, follows practical and cooperative action guidelines, and advocates an open and inclusive spirit of partnership. It aims to improve the fairness, effectiveness, and inclusiveness of global development, without leaving any country behind.

After this initiative was put forward, it immediately received active response and support from many parties, and it was written into the outcome documents of cooperation between China and Pacific island countries and ASEAN countries.

At the opening ceremony of the 8th Ministerial Conference of the Forum on China-Africa Cooperation, President Xi Jinping made this proposal again at the right time and of great significance.

Africa is the continent with the largest concentration of developing countries, and development is the most important and most concerned topic for African countries.

As the UN Secretary-General Guterres said: Only when Africa succeeds can efforts to achieve the Sustainable Development Goals succeed.

At present, the delayed spread of the new crown pneumonia epidemic has caused multiple crises to respond to the threat of the epidemic, maintain social stability, ensure people’s livelihood and well-being, restore the country’s economy, and cope with climate change... A series of internal and external challenges have faced the development of African countries with weak foundations and weak foundations. New difficulties.

Hand in hand to overcome the difficulties together.

At this meeting, President Xi Jinping offered an invitation to African countries for the Global Development Initiative, firmly grasping development, the master key to solving all problems, and providing a Chinese solution for the vast number of developing countries, especially African countries, to overcome their predicament.

This is also highly consistent with the development demands of African countries and the United Nations 2030 Agenda for Sustainable Development.

"Those with ambitions don't take mountains and seas as far away."

On the evening of the 29th, in the East Hall of the Great Hall of the People in Beijing, the flags of China and 53 African countries and the flags of the African Union stood side by side in a magnificent atmosphere. Although the gathering was "in the clouds," the scene was filled with strong friendship, showing that China and Africa will last forever. Strong friendly relations.

On November 29, 2021, Xi Jinping attended the opening ceremony of the 8th Ministerial Conference of the Forum on China-Africa Cooperation and delivered a keynote speech.

After more than 20 years of development, the China-Africa Cooperation Forum has 55 members including China, 53 African countries that have established diplomatic relations with China, and the African Union Committee.

For more than 20 years, the forum has formulated a series of important programmatic cooperation documents to promote China-Africa cooperation to achieve fruitful results.

Especially since President Xi Jinping put forward at the Forum’s Beijing Summit in 2018 to “build a closer China-Africa community with a shared future”, China and Africa have worked hand in hand to promote the implementation of the “Eight Major Actions” and other summit results. Almost all non-Fundamental members of the Forum have joined The joint construction of the "Belt and Road" cooperation family presents a vigorous scene of peaceful development, cooperative development, and win-win development.

At present, all parties to the forum are working together to plan the next stage of development goals and formulate an action plan.

As another public product provided by China to the international community, the Global Development Initiative will undoubtedly promote China and Africa to achieve stronger, greener, and healthy development together, and contribute to a new stage of balanced, coordinated and inclusive global development.

In the keynote speech, President Xi Jinping put forward four propositions on building a China-Africa community with a shared future for a new era, and put forward the joint implementation of the "Nine Projects" with African countries. A series of initiatives and measures demonstrated China's consistent concern for supporting the development of Africa.

Provide 1 billion doses of vaccines to Africa, dispatch 1,500 medical team members and public health experts, dispatch 500 agricultural experts to Africa, and assist in the implementation of 10 green environmental protection and climate change projects... There are a lot of dry goods in the group, showing a heavy sincerity and responsibility.

These "Nine Projects" not only focus on the actual development needs of African countries, but also focus on global development initiatives such as poverty reduction, food security, anti-epidemic and vaccines, development financing, climate change and green development, industrialization, digital economy, and interconnection. The areas of cooperation that are being promoted echo each other and reflect the clear orientation of the initiative, which is another vivid portrayal of building a China-Africa community with a shared future in the new era.