British-Israeli academic: Adding Hamas to the list of "terrorists" is a continuation of the British betrayal of the Palestinians since the Balfour Declaration

Avi Shlaim, the Israeli-British historian and emeritus professor of international relations at Oxford University, has strongly criticized Britain's designation of the Islamic Resistance Movement (Hamas) as a "terrorist" organization. 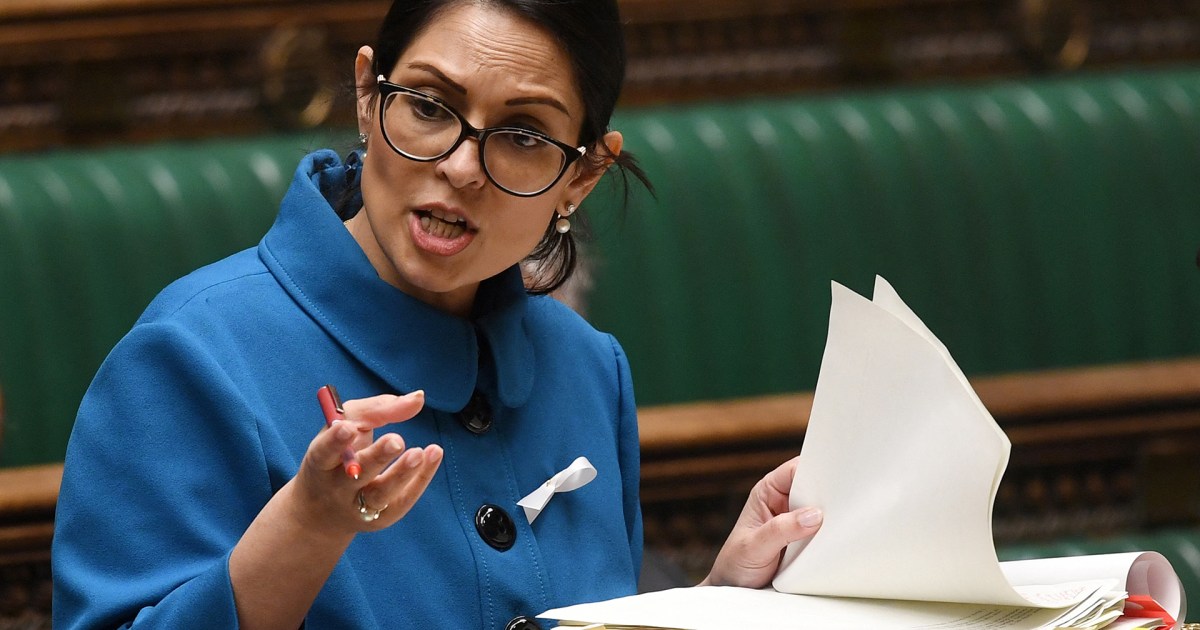 Avi Shlaim, the British-Israeli historian and Emeritus Professor of International Relations at Oxford University, has strongly criticized Britain’s designation of the Islamic Resistance Movement (Hamas) as a “terrorist” organization, saying that as long as Israel’s political opponents are classified as “terrorists”, Israel will be exempt from the need to negotiate, And it gets free permission from its allies to continue to use bare military force.

to the British Home Secretary's announcement last week about Hamas' classification and justification for it that the distinction between Hamas's military and political wings is currently not possible and untenable, to say that this distinction was possible. in 2001 and is still possible today, as it is a crucial distinction.

Historian Shlaim explained the reasons and motives for making this decision, explaining that it was due to the absolute support of the British Conservatives to Israel, revealing the details of this support.

The decision is related to the International Criminal Court

He said that Gantz was the chief of staff of the Israeli army during its assault on Gaza in July 2014, in which at least 2,256 Palestinians were killed, including 1,462 civilians, including 551 children, making Gantz the main suspect in the court's war crimes investigation. International Criminal. Hamas has agreed to cooperate with the ICC investigation, and Israel has refused to cooperate.

The Israeli move was widely condemned as an assault on human rights.

The British Home Secretary was not among the protesters.

Shlaim continued explaining the reasons for the British decision, saying that Patel shares British Prime Minister Boris Johnson's "Manichaean" view of the Middle East conflict, where Israel represents the forces of light and the Palestinian movement Hamas represents the forces of darkness in their view, commenting that the reality is more complex than this simplistic view.

He emphasized that on a deeper level, the shift in British politics was a product of the close ties between Israel and the Conservative Party, as Israel and its powerful lobby had been lobbying the British government on the issue for some time, and Israeli Prime Minister Naftali Bennett urged Boris Johnson to ban Hamas entirely when he met It was done last month at the United Nations climate conference in Glasgow.

Famous for siding with Israel

He noted that Patel did not need any incentive to implement what Israel required.

In 2017, when she was Secretary of State for International Development, she went on an independent trip to Israel without informing then-Prime Minister Theresa May or then-Foreign Secretary Boris Johnson.

While pretending to be on a private holiday, Patel held a series of secret meetings with high-ranking Israeli officials, including then-Prime Minister Benjamin Netanyahu.

Lord Pollack, Chairman Emeritus of the Conservative Friends of Israel, arranged 12 of these meetings.

On her return, Patel asked her officials to explore the possibility of transferring part of the foreign aid budget to enable the IDF to carry out humanitarian work in the occupied Golan Heights, but she was forced to resign and accepted a reprimand from her party.

He said that Patel's close contact with Israeli officials and lobbyists for Israel in the UK, as well as her right-wing view of the world, made her eager to swallow Israel's narrative about Hamas, describing this narrative as completely distorted and blatantly serving Israel's interests.

Shlaim wondered why Britain chose this moment to ban the political wing of Hamas, after it criminalized its military wing 20 years ago?

Part of the answer is that it was in response to pressure from the Israel lobby.

He stressed that by describing its political opponents as "terrorists", Israel relieves itself of the need to talk to them and obtains free permission from its Western allies to resort to the method of work that is addictive, naked military force, saying that those who pay the price are civilians on both sides, especially the defenseless population in Gaza, "the largest open-air prison in the world".

Shlaim said that true friends do not encourage their friends to continue their addiction to what they are used to, but they try to wean them from it.

He went on to say that if the British government really wanted to make Britain's Jews feel safer, as Patel claimed, it should stop blaming Palestinian victims for their plight, and should urge its Israeli ally to respect international humanitarian law and abide by cease-fires, And restraint in the use of military force, and speaking to the political leadership of Hamas, "and this is the least that Britain can do for the Palestinians today, given the long series of betrayals that go back to the Balfour Declaration more than a century ago."