West Indies: situation still tense on the last day of the visit to Lecornu

Attempted fire at a town hall in Guadeloupe, roadblocks in Martinique and Saint-Martin: the situation was still tense in the French Antilles on the last day of the min's visit… 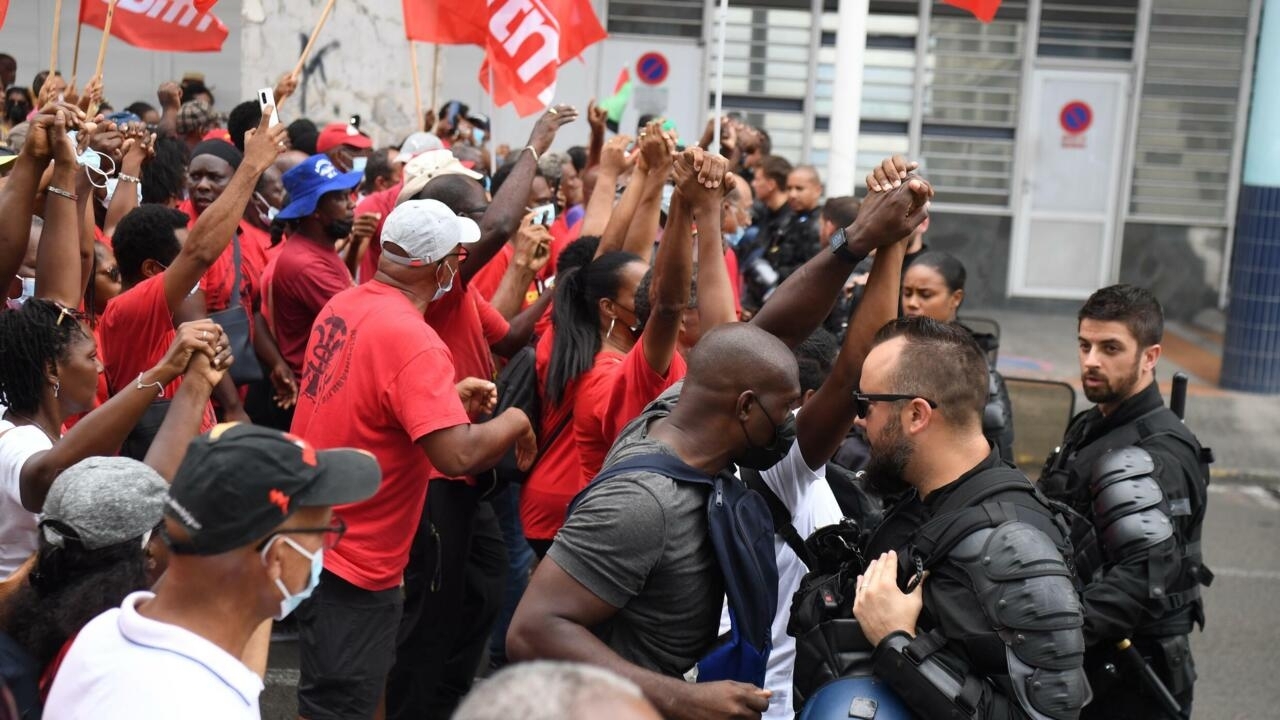 Arrived Monday evening in Martinique, second and last stage of a short stay intended to ease tensions and get out of the social crisis crossed by the two islands of the French Antilles, the minister was to meet at the prefecture a delegation of 20 trade unionists and elected officials local, after similar discussions the day before in Guadeloupe came to an end.

In Pointe-à-Pitre, the minister had ruled that no discussion was possible as long as the unions did not condemn the "assassination attempts against police and gendarmes".

"The situation is not the same in Martinique as in Guadeloupe", argued the ministerial delegation.

"In Martinique, the unions condemned the violence and the president of the community (Serge Letchimy) has a plan, a vision."

Before the meeting, around 120 people had gathered in front of the prefecture, after a relatively calm night on the island.

Dams were erected, however, especially on the highway, cutting the island in two, and a postal processing center located in a district of Fort-de-France was vandalized, said La Poste, which deplores the deterioration of 'part of the packages.

An AFP journalist noted the presence of burnt cars and overturned on a roadblock at the roundabout of Mahault, in the town of Lamentin, with about ten people present on the spot.

"The population has had nothing but contempt from the state. They want to pass us off as savages," she added.

In Martinique as in Guadeloupe, the movement, born from the refusal of the vaccination obligation for caregivers and firefighters, has spread to political and social demands, in particular against the high cost of living, and has caused violence, looting and fires.

The two islands are placed under curfew.

Resumption of blockages in Saint-Martin

In Guadeloupe, the town hall of Basse-Terre, whose mayor had met demonstrators the day before on a dam, was the target of an outbreak of fire, quickly brought under control.

"Roadblocks erected during the night, especially in Rivière-des-Pères, were lifted this morning by the gendarmerie forces," said the prefecture, whose forces were trying to unblock other roadblocks.

An AFP journalist, however, noted that the access to Mare Gaillard on Grande-Terre, between Le Gosier and Saint-François, was again completely blocked by a hermetic dam even though it had been cleared for several days.

And in Baie-Mahault, the police present in numbers secured the vast commercial area of ​​Jarry, the day after the announcement by Mr. Lecornu of the dispatch of a squadron of 70 mobile gendarmes and 10 members of the GIGN additional.

In Saint-Martin, another French territory in the West Indies facing a social movement for a few weeks, roadblocks again disrupted traffic on Tuesday after three weeks of lull.

The gendarmes intervened very early against "a group of about thirty individuals who were setting up barricades in Marigot", according to the police who were the subject of fireworks.

In Paris, Interior Minister Gerald Darmanin reaffirmed the government's position of refusing to "debate with people" refusing to condemn violence against the police.

"The vast majority of Guadeloupeans do not support this movement of protest against thugs," he said to the Assembly, stressing the record of the government which "has put an end to the difficulty of supplying water in Guadeloupe "or" paid 1.5 billion euros "to fight against the Covid on the island.

At the same time, the prefecture of Guadeloupe announced the monthly revision of the prices of fuels and gas, one of the objects of the social movement: super unleaded up by two cents per liter, diesel down by two cents, maximum price of 'a bottle of gas down 1.26 euros.

The prefecture of Martinique had announced identical developments on Monday.