There are four and a half months until the French presidential elections and hardly anyone dares to guess who will duel with the current head of state, Emmanuel Macron ... 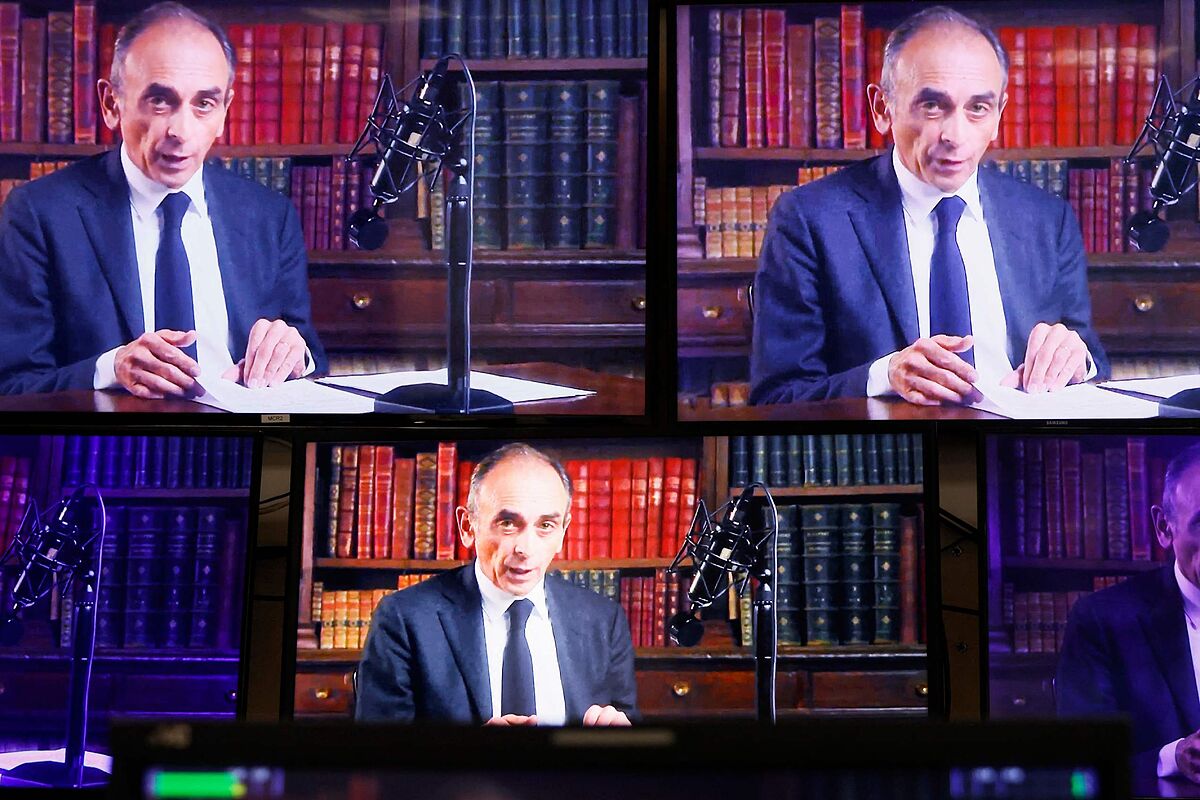 There are four and a half months until the French presidential elections and hardly anyone dares to guess who will duel with the current head of state,

. Poll after poll, Macron has secured a spot in the final. Hot on his heels and with a good chance of entering the final battle are

, president of the National Association, and

who wants to wrest the title of leader of the extreme right from Le Pen and who, until today, was

not even a candidate. official.

Zemmour, condemned for his hatred of Muslims and accused by several women of sexual assaults, has just presented his candidacy with a video in which he promises to

"save" the country from "decadence" and the "tragic fate that awaits him."

"I was content with the role of journalist, writer, (...) I told myself, to each his role, to each his struggle (...). But it is no longer a question of reforming France, but of saving it. That is why I have decided to run for president, "says Zemmour in a video posted on YouTube, in which this far-right politician appears seated in front of a microphone, with a solemn gesture, and with a set that recalls the message to the nation that Charles delivered. de Gaulle in 1940 to call for resistance.

"You walk through the streets and you don't recognize them. On television they speak to you in a strange, foreign language (...) In advertisements, series, shows, football matches, your children's books. On the train , the airport, the school, the emergencies of a hospital (...), you have the impression of being in a country that you do not know, "says Zemmour in a speech in which images of current violent riots are mixed with stills of the 60s or 70s and in which this professional polemicist lists his idols, his references:

This controversial 63-year-old writer, who made a career in 'Le Figaro' and fame on television, is a defender of Renaud Camus's "great substitution" theory, according to which

white and Christian populations are being replaced by Muslim immigrants. .

Zemmour, who came to overtake Le Pen in the polls, has made public what was an open secret at a time when his popularity is on the decline, especially in the wake of a recent visit to Marseille last weekend. , in which he

made a woman a comb.

Zemmour himself was later forced to apologize for an "inelegant" gesture.

"Z", as his followers call him, is the most recent star of a turbulent political landscape that is tending, according to polls, towards a clear

right-wing of the French electorate.

The latest of these polls, carried out by Ifop for

and published last Sunday, places Macron in the lead with 25% of the votes, followed by Marine Le Pen (around 19%) and Eric Zemmour, who would obtain between 14 and 15% of the votes.