The Iraqi Electoral Commission: The recount resulted in a change of 5 seats from the preliminary results

The Independent High Electoral Commission in Iraq announced this evening the final results of the legislative elections by changing 5 seats from the preliminary results, and said that the participation rate in the elections amounted to 44% of the 22 million voters. 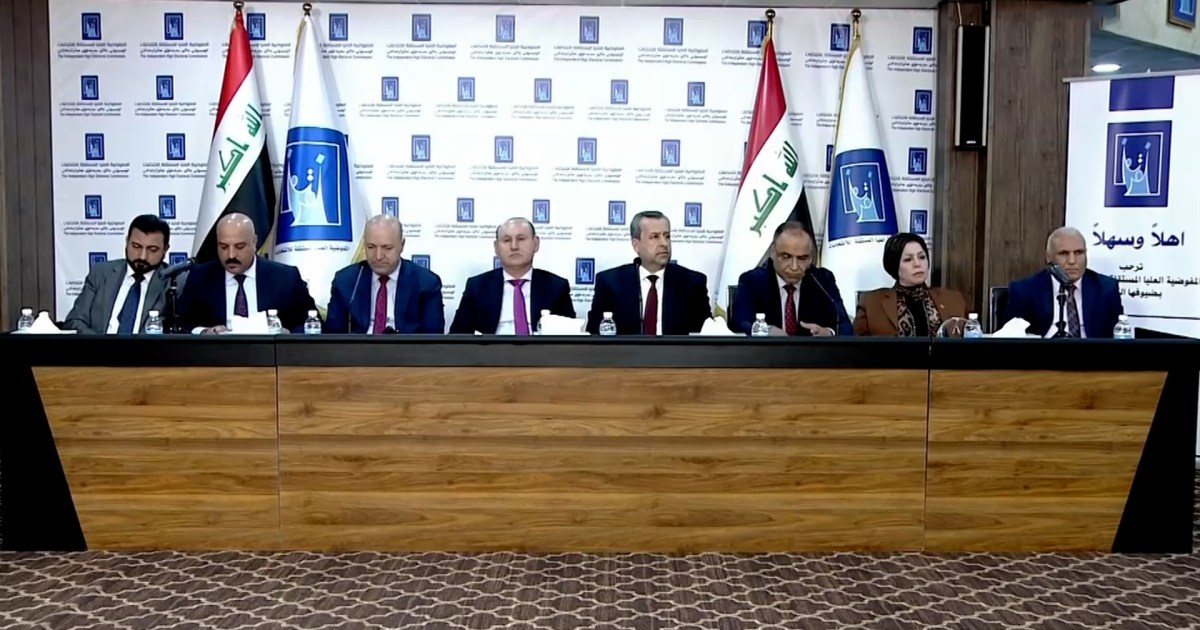 The Independent High Electoral Commission of Iraq announced, this evening, Tuesday, the final results of the legislative elections that took place on the tenth of last October, and said that the participation rate in the elections amounted to 44% out of more than 22 million voters entitled to vote.

The commission said that the manual recount that took place in recent weeks resulted in a change of only 5 seats in each of the governorates of Baghdad, Erbil, Mosul, Basra and Kirkuk.

And previously the election results were announced, that the commission said in a statement, "After completing the legal procedures, the Independent High Electoral Commission will announce this Tuesday, the final results of the Iraqi parliament elections."

The announcement of the results comes after the settlement of hundreds of appeals against the preliminary results, and the recount of the contested votes manually.

According to the previously announced preliminary results, the Sadrist bloc led by Muqtada al-Sadr ranked first with 73 seats out of 329, while the Progress bloc led by former Parliament Speaker Muhammad al-Halbousi won 38 seats, followed by the State of Law bloc led by former Prime Minister Nuri al-Maliki with 34 seats.

The initial results faced widespread objections from influential Shiite forces and factions, after they lost many of their parliamentary seats.

The objectors say that the results are fabricated and falsified, and demanded that all votes be recounted manually.

But the commission refused, and said that the manual count would only include the committees whose votes are challenged, if the complaints are substantiated by evidence.

Among the most prominent objectors to the results is the Al-Fateh Alliance, which is a political umbrella for influential Shiite factions, as it lost many seats, in addition to the Alliance of State Forces led by the leader of the Wisdom Movement Ammar al-Hakim, and former Prime Minister Haider al-Abadi.