Paris: what we know about the violent assault of a teacher by a high school student

A teacher at the prestigious Lycée Montaigne, in the very wealthy 6th arrondissement of Paris, was injured after being violently assaulted Monday afternoon by one of her second grade students in the middle of class. On Europe 1, the director of the Academy of Paris explains that the young aggressor had already shown signs of aggression. 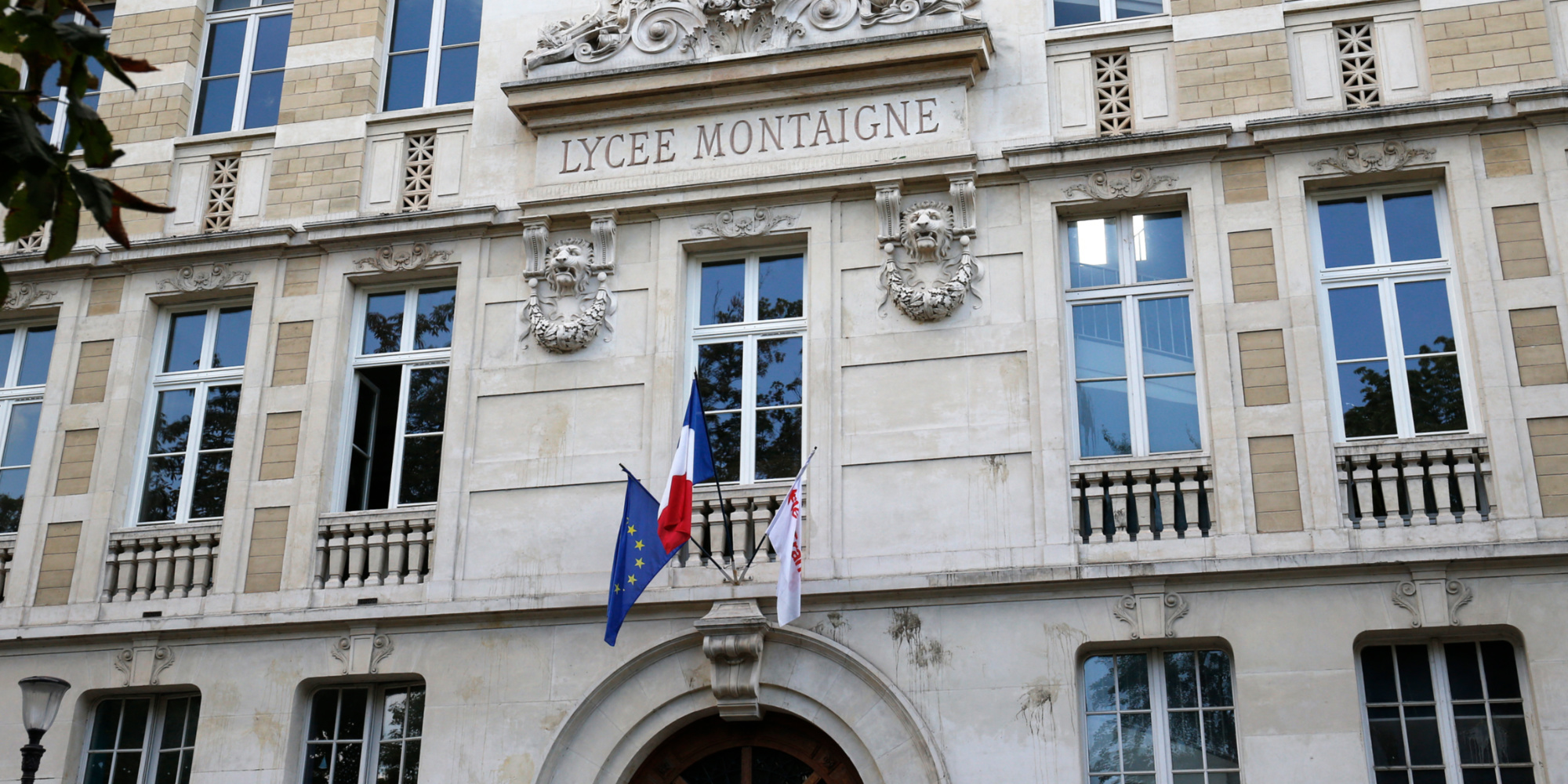 A teacher from the prestigious Lycée Montaigne, in the very wealthy VIth arrondissement of Paris, was injured after being violently assaulted Monday afternoon by one of her second grade students in the middle of class.

On Europe 1, the director of the Academy of Paris explains that the young aggressor had already shown signs of aggression.

An argument that degenerated into aggression.

Monday, in the prestigious Montaigne high school in the very chic VIth arrondissement of Paris, a second-grader got angry with his teacher in the middle of math class before hitting her violently.

The teacher was checking the students' work, when the argument broke out and the tone quickly rose.

One explains: "He stuck to her, and she kept her cool, she stayed upright."

"It was quite impressive"

"There is a 30cm gap between the two, so it was quite impressive," said another comrade. "We could already be a little afraid, but we would never have thought that it would go so far, that he would hit her," adds another high school student. The student in question punched the teacher twice in the face. She turned around with a two-inch sore on her forehead. Again, the young abuser hit her twice on the back and then the teacher fell to the ground.

"There are students who got up and separated them", confides a high school student, before one of her comrades evokes the first aid given to the teacher: "There was a shift to get toilet paper from side and to stop the bleeding ".

"Afterwards, we were evacuated and we went out, but everyone was a little shocked and upset," testifies another high school student.

- Paris: what we know about the assault of a police officer on Sunday evening

No supervisors in the corridors at the time of the incident

A crisis unit has been set up at the Lycée Montaigne.

If the teaching team says it is used to acts of violence, especially verbal violence, never had such a serious incident occurred in this establishment in the very wealthy 6th arrondissement.

According to a teacher, this may be due to the absence of a supervisor in the halls of the school.

In all cases, the perpetrator is placed in police custody, and classes resumed Tuesday at 2 p.m.

"The teacher was hospitalized Monday. She left the hospital", informs Antoine Destrés, director of the Academy of Paris, on Europe 1. At noon, the teacher went to the police station to report to the police what happened in his math class.

"He is a student who has shown aggression in the past"

The director of the Académie de Paris looks back at the profile of the young aggressor.

"This is a student who has been able, in the past, to show a certain aggressiveness. But never facts of the gravity of those which took place Monday", he explains at the microphone of Romain Désarbres, before affirming that "this is the first time in five years that we have witnessed an aggression of this magnitude."

Several officials from the Parisian school world expressed their support to the teacher and the witness students.

Antoine Destrés went to the Lycée Montaigne on Tuesday morning with a message: "It is a completely inadmissible act. I said (to the students) that we were by their side, that we would come back because that they told me about difficulties of several kinds ".

The director of the Academy of Paris also evokes the psychological unit set up Tuesday morning so that a work is done "in direction" of all the high school students of the establishment.