In an official ceremony attended by Prince Charles.. Barbados becomes a republic and liberates from the authority of Britain's Queen Elizabeth II

Today, Barbados has become the world's newest republic by liberating it from the authority of the British Crown, in an official ceremony attended by the Crown Prince of the United Kingdom, Prince Charles, during which Queen Elizabeth II was stripped of her position as head of state. 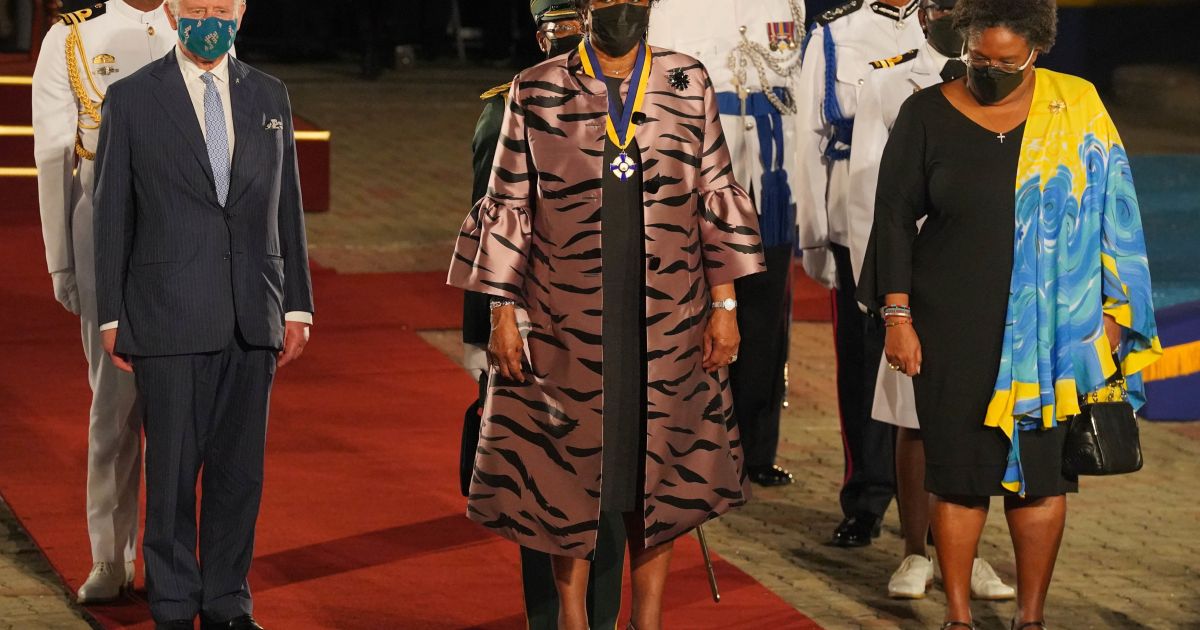 Barbados became the world's newest republic on Tuesday, liberating it from the authority of the British crown, in an official ceremony attended by the United Kingdom's heir, Prince Charles, during which his mother, Queen Elizabeth II, was stripped of her position as president of this country.

During the ceremony, Governor-General Sandra Mason was sworn in as president of the fledgling republic, and the British crown flag, which represented Barbados' submission to the authority of Queen Elizabeth II, was lowered.

"I, Sandra Brunella Mason, swear to be loyal to Barbados, to be faithful to it, as required by law, and may God help me," Mason said during her swearing-in.

Prince Charles is scheduled to give a speech just after midnight, in which he will say that many relations between the two countries will remain the same, and this includes "the myriad ties between the peoples of our two countries, through which feelings of admiration, affection, cooperation and opportunity flow."

Barbados gained its independence from Britain in 1966, but kept the queen in her capacity as the official sovereign, and the establishment of the republican system in it today comes after years of local campaigns and long discussions about 4 centuries of British influence punctuated by 200 years of slavery.

This is the first time in 3 decades that Queen Elizabeth II has been removed from the presidency, as Mauritius, an island in the Indian Ocean, preceded her when it declared itself a republic in 1992.

This shift is prompting discussion of similar proposals in other former British colonies under the sovereignty of Queen Elizabeth II, which include Jamaica, Australia and Canada.

The nascent republic is located in the Caribbean, and is known for its wonderful beaches, which are considered the pearl of the Lesser Antilles with a population of about 287,000 people.

From today onwards, Barbados will face the economic impact of the Corona pandemic on tourism, and the disparities inherited from its colonial past, without the help of Britain.