Here, endangered rhinos are taken on long-haul flights - to be saved from poachers

This weekend, a jumbo jet took off from South Africa with an unusual load. There were 30 white rhinos on board - which were moved to escape poachers. 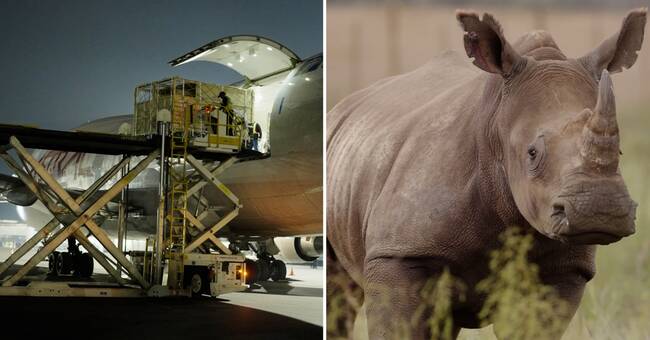 To cope with the 3,100-mile flight, the rhinos were given sedatives.

After 40 hours, they landed on Monday in their new home, a national park in eastern Rwanda.

It is said to be the most extensive migration of the species ever and the purpose is to protect the rhinos.

- This gives them the opportunity to grow in a safe environment instead of in South Africa where poachers shoot three a day, says the regional park manager Jes Gruner according to the news agency AFP.

There are two subspecies of the white rhino.

The southern variant is endangered, but the number of individuals amounts to just over 20,000.