The office of "Expo 2020 Dubai" announced the opening of the doors of the international exhibition, free of charge, to all visitors, tomorrow, on the occasion of the fiftieth anniversary of the United Arab Emirates. It will open for free on 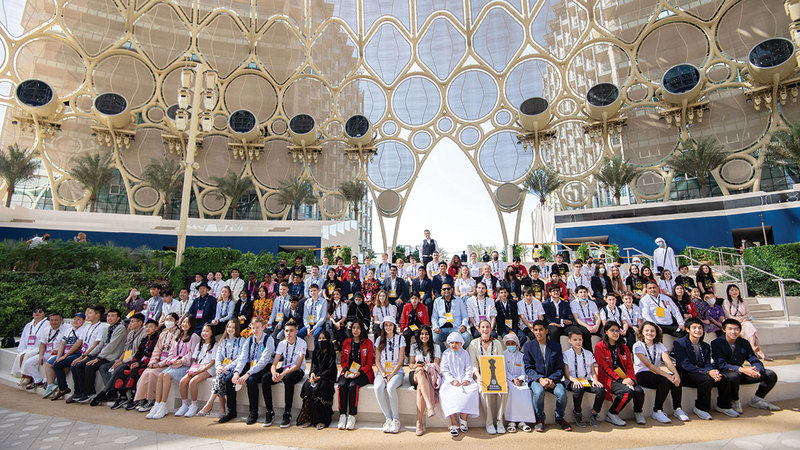 The festivities will continue until December 4th

The office of "Expo 2020 Dubai" announced the opening of the doors of the international exhibition free of charge to all visitors, tomorrow, on the occasion of the fiftieth day of the Union of the UAE.

Vice President of Communications and Official Spokesperson for "Expo 2020 Dubai", Muhammad Al-Ansari, told "Emirates Today", "The exhibition will open its doors for free on this day, as part of the Golden Jubilee celebrations, to give visitors the opportunity to get acquainted closely with the program of events and celebrations for the 50th anniversary One year after the founding of the UAE.

The celebrations, which will be held throughout the Expo 2020 Dubai site, will run from the first to the fourth of this December, and take each visitor of the international event on a journey of authentic Emirati experiences and stories, and will include world-class ceremonies, exceptional musical performances, and meaningful conversations between different cultures, Performances and interactive performances with a cultural flair.

From 10:15 am UAE time, on the second of December, visitors will be invited to attend the official ceremonies of the celebrations of the fiftieth anniversary of the UAE, at “Expo 2020 Dubai” held in Al Wasl Square, which includes a flag-raising ceremony and speeches by high-ranking officials. The level, a musical performance of the national anthem performed by a children’s choir, in addition to a segment of the art of “Al-Azi” performed by Al-Wasmi, in addition to a horse show presented by Dubai Police Knights, and another performance by the Musical Performances Ensemble of the Ministry of Interior, as part of the “Colors of the World” show, which It will be presented between 12:45 pm and 13:15 UAE time.

It is noteworthy that Expo 2020 Dubai recorded a noticeable increase in the number of visits two months after its launch, as recent figures revealed 4,766,419 visits as of last November 28, with a noticeable increase in the number of artistic and cultural parties hosted by the site's platforms. And attending major entertainment and sporting events, which were held during the last period, with the presentation of the weekday ticket for the month of last November, which was very popular with the public.

The jubilee stage witnessed an entertainment week filled with popular musical tones and rhythms for a group of senior art stars in the Arab world, such as the great Kuwaiti singer Abdullah Al-Ruwaished, and the famous Egyptian singer, Mohamed Hamaki, while a group of artists performed parties that varied between high-end classical and comedic performances, which ignited The atmosphere is cheerful, and inflamed the feelings of the audience.

There is an opportunity to follow the events of the exhibition through virtual platforms, as the number of virtual visits increased to 23.5 million visits until last November 28, while the activities of the international event continue until March 31, 2022, and it invites the whole world to participate in the celebration, which contributes to building a better and more future Brightening everyone, from unity, opportunities, creativity and sustainability.

• The celebrations take every visitor to the international event on a journey of authentic Emirati stories and experiences.