The decision after the outcry on the advice indicated, including avoiding the wish "Merry Christmas". Equality Commissioner Helena Dalli called the document "inadequate for its intended purpose" and "not mature". EU spokesperson: "The guidelines were for internal use, they had no legal value" 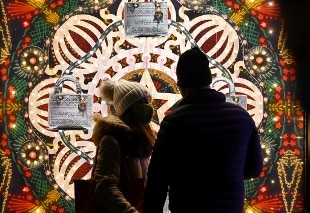 November 30, 2021 The European Commission announced the withdrawal of the guidelines on the language, which provoked criticism and an outcry from various quarters because they advised against the use of a series of familiar expressions, including "Merry Christmas". In a statement, Commissioner for Equality Helena Dalli defines the document containing these guidelines as "inadequate for the intended purpose" and "not mature", as well as below the standards required by the Commission.

"My initiative to develop guidelines as an internal document for communication by Commission staff in their functions was aimed at achieving an important goal: to illustrate the diversity of European culture and show the inclusive nature of the European Commission towards all strata and the beliefs of European citizens ", explains the commissioner. "However, the published version of the guidelines does not adequately serve this purpose. It is not a mature document and does not meet all Commission quality standards. The guidelines clearly require more work. I will then withdraw the guidelines and will work further on this document. ", announces Dalli.

EU spokesperson: "The guidelines were for internal use, they had no legal value"

"It wasn't a legal document, it was just recommendations for internal use."

Eric Mamer, spokesman for the EU Commission, says this in the course of the daily briefing to a question on the guidelines on communication that have sparked the controversy in Italy in these hours, especially with regard to references to Christmas.

"The document should have been internal. The aim was that of inclusive communication, it was not a document supported by the college of commissioners but a text drawn up on a technical level", adds Christian Wigand, another spokesman for the European executive.