EU, from the European Commission 300 billion euros for the Global Gateway

The European strategic plan for the development of infrastructures in developing countries, based on an ethical approach, will be presented by von der Leyen 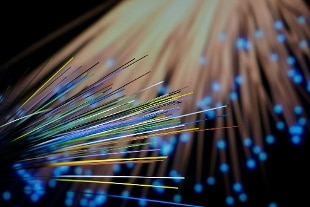 November 30, 2021 The President of the European Commission, Ursula von der Leyen, presents the

, after the approval of the College of Commissioners. It is "a European strategy that seeks to develop

around the world". This was announced by the Commission's chief spokesman, Eric Mamer, in the press briefing. Also present will be the Commissioner for International Partnerships, Jutta Urpilainen.

: for many partner countries, the offer of cooperation based on rules and values ​​is an interesting alternative to the Chinese Belt and Road initiative ", reports the German ambassador to the European Union, Michael Clauss, commenting on the plan. of investments that the EU Commission is preparing to launch.

As anticipated by the press, the European Commission with the initiative aims to mobilize funding of up to 300 billion euros by 2027 for

. The Global Gateway it sets itself as a plan that "will invest in stability and international cooperation and demonstrate

offer certainty and equity, sustainability for partners and long-term benefits for people all over the world ", reads the text that the press has seen.

The EU plan, half of which will come from European financial institutions and from those for development finance, respects the commitments agreed this year at the G7 hosted by Great Britain, including the Build Back Better World of the President of the United States, Joe Biden.

The European project, the Financial Times points out, is not explicitly presented as an alternative to Beijing's 'Silk Road', but the European executive's draft proposal underlines how it provides a "values-based" option and a " ethical";

According to the newspaper, it would serve to counterbalance the influence acquired by China with the Belt and road initiative (BRI) since its launch in 2013.

If we invest in transport, in energy and digital networks, we always have to make sure that it serves the planet and the people.

In this spirit, 🇪🇺 will soon be launching the #GlobalGateway Europe initiative: stay tuned!