Crisis in the West Indies: Lecornu arrived in Martinique after a dialogue of the deaf in Guadeloupe

Overseas Minister Sébastien Lecornu arrived in Martinique on Monday evening after a 24-hour visit to Guadeloupe, ended with a dialogue of the deaf with the inter-union and where the government in… 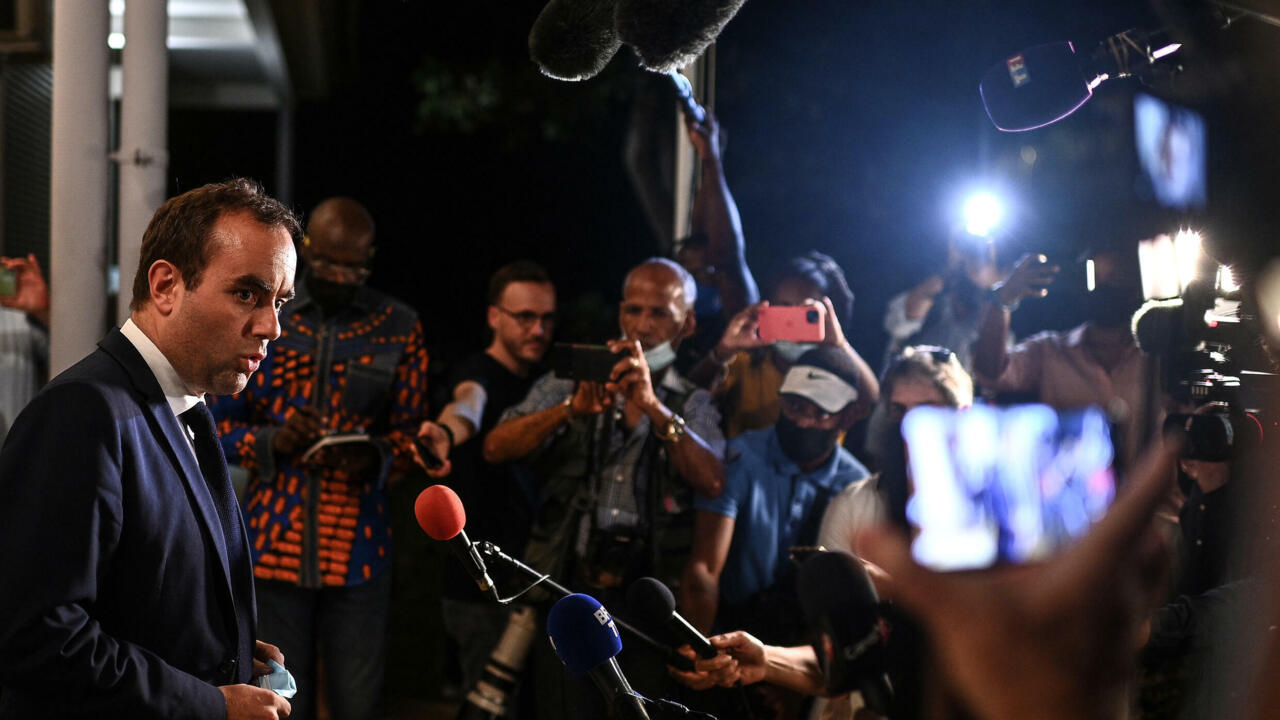 Mr. Lecornu landed in the early evening in Martinique, we learned from his entourage, for a short stay intended to ease tensions and try to get out of the social crisis crossed by the two islands of the French Antilles, distant of 120 km and marked by a high rate of unemployment, in particular among young people.

He must be back in Paris on Wednesday.

Monday in Guadeloupe, where he had arrived the day before, discussions with the inter-union and local elected officials came to an end.

The minister ruled that no discussion was possible as long as the unions "do not" want to condemn assassination attempts against police officers and gendarmes ", a" prerequisite however obvious and essential ".

His meeting with four union representatives from the UGTG and FO was therefore reduced to a simple handing over of "documents of demand".

Calling for "awareness" in the face of violence, Sébastien Lecornu announced during a press point the dispatch of a squadron of 70 mobile gendarmes and 10 additional members of the GIGN, to "hold on".

"When we shoot and water 9 millimeters in the streets", it is "a miracle that a child of 9 or 10" did not "find himself under these bullets", he said. insisted.

"Everything will be done to free the roadblocks" which still hamper traffic in places on the island "and the reinforcements are involved in that" continued Sébastien Lecornu.

Monday, the Collective of socio-professionals, which brings together several very different trades (carriers, taxis, construction, tourism), threatened "action" within 24 hours if he was not invited to negotiations .

The collective had barred Guadeloupe for three days in February.

Born from the refusal of the vaccination obligation for caregivers and firefighters, the movement has spread to political and social demands, in particular against the high cost of living, and has caused violence, looting and fires, as in Martinique.

The two islands are placed under curfew.

According to him, they participate in a "dangerous junction between what happens at night and during the day" during the social movement.

Maïté Hubert-M'Toumo, of the UGTG, recalls their "priority" demands such as "the end of the suspensions of personnel and liberal professions" unvaccinated, the "suspension of convictions of people for violence", and a " emergency plan for the qualification of young people and the working conditions of Guadeloupe families ".

While many areas are managed by local authorities (water distribution, roads, transport, environment, vocational training), Sébastien Lecornu has also made local elected officials face up to their responsibilities.

"Everyone must be in their place in this territory," added the minister, who said on Friday that the government was "ready" to "talk" about more autonomy for Guadeloupe.

Earlier, Guadeloupe local elected officials had decided not to attend a meeting scheduled with the minister, who nevertheless participated in a video conference with 16 mayors of the island.

Covid-19 in France: the situation in the West Indies Kenan AUGEARD AFP

Sébastien Lecornu will also meet in Martinique the intersyndicale, which has signed with the state and local elected officials an "method agreement" to try to get out of the crisis, the prefecture said on Sunday.

Overseas Minister Sébastien Lecornu addresses journalists from the Adapted Military Service Regiment of Guadeloupe RSMA in Baie-Maihault, in the suburb of Pointe-à-Pitre.

"The situation is in no way comparable between Guadeloupe and Martinique since in Martinique, (the) Republican prerequisites" to negotiations "have been fulfilled by elected officials and the inter-union" estimated Sébastien Lecornu.