Covid, the world on alert for Omicron, Super Green pass and tightening of controls in Italy

The mayors are asking the government to make an outdoor mask compulsory throughout Italy until January 15. The Minister of the Interior Lamorgese hears the prefects and asks for "tighter controls in crowded areas" 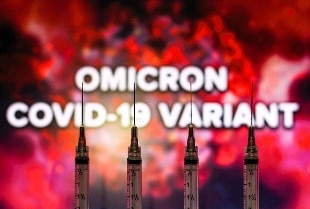 November 30, 2021 The Omicron variant of Covid-19 is "highly transmissible" and requires "urgent action": so the ministers of health of the G7. "We must do everything possible to stop its spread," says the EU. The UK anticipates third doses of the vaccine. WHO, which opened a three-day World Health Assembly, warned of a "very high" risk from the spread of Omicron.

, but scientists are hard at work studying the variant. Omicron "is a cause for concern, not panic" and getting vaccinated is "the best protection against this new variant," said Joe Biden, urging US citizens to receive boosters. Meanwhile, the president of the European Council Charles Michel is verifying the possibility of an EU summit by videoconference on Covid coordination. The European Center for Disease Prevention and Control (ECDC) has announced that there are

(Austria, Belgium, Czech Republic, Denmark, Germany, Italy, Netherlands, Portugal). Spain was then added to these, with the 1st case found in Madrid on a traveler arriving from South Africa.

In Italy, tightening of controls and acceleration of vaccines

In Italy, the mayors are asking the government to make outdoor masks mandatory from 6 December to 15 January. During peak hours and in crowded places, the police will tighten up in the period 6 December-15 January, when the decree that introduced the super green pass will be in force; on buses and metro there will be a verification action planned and shared with the transport companies; for bars, restaurants and clubs, the collaboration of the managers is essential, who must be rigorous at the entrance if they do not want to risk closure.

The control plan for the Christmas period takes shape

. Yesterday the first confrontation between the Minister of the Interior Luciana Lamorgese and the prefects of the regional capital cities. And the mayors who have asked the government to make an outdoor mask all over Italy up to January 15 will also have a say, a measure already taken by some municipalities. The provincial committees for public order and safety will now meet this week to adopt the plans that will be active from 6 December. And before the weekend there will be a new confrontation between the minister and the prefects for the final development of the plans. The contagion curve is rising, the Omicron variant increases the alarm. L '

Italy, highlighted Lamorgese, it is in a "still very delicate phase for public health"

. There can be no room for a relaxation of prescriptions. And therefore, the owner of the Interior Ministry assured, "the police forces and local police will continue to give their all and act responsibly but also with the necessary firmness, carrying out tighter checks on green certification with particular attention to areas and at the times of greatest influx of people ".

The reference to the local police is not in fashion: the shortcomings in the staffing of the police forces are clearly present to the minister who therefore counts on the collaboration of the mayors and their staff in uniform for the checks that will be random. The recommendation to the prefects is to "involve all the interested parties", intensifying the "dialogue with the representatives of the trade associations of the exhibitors also in order to develop a capillary work of sensitization of its members". In fact, it is not possible to think about raids by agents in bars and restaurants for pass checks. Fipe agrees, which has invited the managers of the premises to "carry out rigorous checks on the certificates of those who want to consume at the table in bars and restaurants".

The bogeyman, otherwise, is that of the lockdowns adopted by Austria, Germany and the Netherlands. Friuli Venezia Giulia, the first region to end up in the yellow zone, today anticipated the measures of the decree and the prefect of Trieste, Annunziato Vardè, clarified that nothing changes for consumption at the counter in public places: you can without showing any document . A particularly sensitive issue addressed in the meeting is that of local public transport. Overcrowded buses and subways in big cities during the holiday season do not lend themselves to effective controls. For this we need an agreement on "shared modalities" with the municipal companies to develop verification services on vehicles. The police officers will not get on the vehicles to ask for the pass, but will position themselves at the bus stops, at theentrance to metro stations, railway stations, to support controllers. It still needs to be clarified, also from a regulatory point of view, whether the controllers of the municipal companies can ascertain the possession of the green certification, as well as the ticket. For this reason, there will also be a confrontation with the Minister of Transport, Enrico Giovannini.

The Omicron variant of the coronavirus is, "on first assessment", "highly transmissible" and "requires urgent action". To say the ministers of health of the G7, gathered in emergency while cases of the new version of the virus are detected in more and more countries. WHO, which opened a three-day World Health Assembly, warned of a "very high" risk from the spread of Omicron. Doctors from South Africa currently report patients with mild symptoms, but scientists are hard at work studying the variant. Omicron "is a cause for concern, not panic" and getting vaccinated is "the best protection against this new variant," said Joe Biden, calling on US citizens to receive boosters.Meanwhile, the President of the European Council Charles Michel is verifying the possibility of an EU summit by videoconference on Covid coordination, even if it is not yet clear when it could be convened.The imperative is to vaccinate: the G7 ministers, in the joint declaration, have recognized "the strategic importance of ensuring access to vaccines" and pledged to keep their guard up and meet again in December. The United Kingdom, which has convened the G7, precisely in light of the spread of the Omicron variant (at least 6 cases have been identified in Scotland, where local transmission is suspected) has decided to extend the vaccination campaign with third doses:the booster will be offered to all citizens between the ages of 18 and 39 (while until now it had only been offered to the over 40s and those deemed vulnerable) and can be administered three months after the second dose. In the United States, where Omicron's arrival is deemed "almost inevitable", Joe Biden has ruled out new lockdowns for the time being, because "if people are vaccinated and wear masks, there is no need for lockdowns." But he called for "vaccinating the world too", launching an appeal to other states to donate vaccines to the countries most in difficulty. WHO director general, Tedros Adhanom Ghebreyesus, in addition to pushing for a global agreement on pandemics, criticized travel restrictions imposed on southern African countries:they should be praised and not "penalized" for spotting the variant, he said. "South Africa should get a gold medal for the quality of its science and transparency", not travel bans, echoed WHO spokesperson Margaret Harris. But countries don't seem to follow this lead: restrictions they have been introduced both by the United States and by more and more EU countries, as more infections are detected. Japan has announced a ban on entry to all foreign visitors, joining a measure already taken by Israel, while Australia has decided to postpone the reopening of its borders. The European Center for Disease Prevention and Control (Ecdc) has announced that 33 confirmed cases of Omicron are in 8 EU countries (Austria, Belgium,Czech Republic, Denmark, Germany, Italy, Netherlands, Portugal). Spain was then added to these, with the 1st case found in Madrid on a traveler arriving from South Africa.