Barbados has formally ended the British monarchy. Last night, the Caribbean island nation celebrated its new state as a republic. 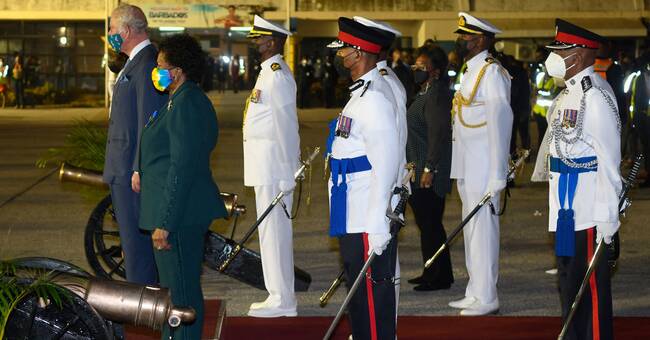 In 1966, Barbados became independent from Britain.

Last night, on the day 55 years after independence, the country's former governor general Sandra Mason was sworn in as the country's first president.

Barbados' decision was announced a year ago, by Mason in particular.

- The time has come to fully leave our colonial heritage behind us, she said then.

The prince in place

However, this is not about cutting ties to Britain.

Barbados continues to be part of the British Commonwealth, and Crown Prince Charles was the guest of honor at the transition ceremony.

“It was important for me to be here with you to confirm things that are not changing.

For example, the close and trusted partnership between Barbados and the United Kingdom as vital parts of the Commonwealth ", he is expected to say according to an excerpt from the speech.

Barbados' decision means that Queen Elizabeth is now head of state in 15 countries.

Whether more will be inspired to cut the ribbons remains to be seen.

In Jamaica, such voices have been raised.

- It is unlikely that Canada, Australia or New Zealand will be affected by constitutional decisions taken in Barbados.

But there could be some impact in the Caribbean region, Aaron Kamugisha, a professor at the University of the West Indies at Cave Hill in Bridgetown, told Foreign Policy.