Annika Strandhäll is wanted by the Enforcement Officer: "Did not know"

After just over three years' absence, Annika Strandhäll is making a comeback in the government, this time as Minister of the Environment. But just a few hours after Strandhäll was presented as a new-old minister, Aftonbladet was able to reveal that she has the bailiff behind her. 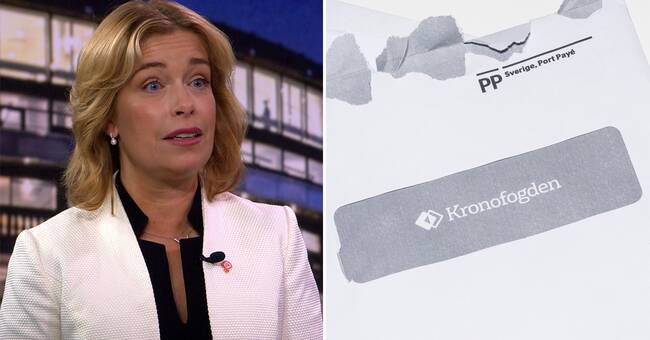 See Annika Strandhäll explain her unpaid debts in the clip

According to Aftonbladet, the new climate minister has two unpaid bills that have now been collected and resulted in payment orders from the bailiff.

One comes from a company that this summer filled Annika Strandhäll's outdoor bathtub with water but has not yet been paid in full.

The remaining SEK 871 has gone on to debt collection and then the bailiff.

The second bill concerns a canceled broadband subscription and amounts to SEK 2055 and should have been paid in September.

The bailiff must have sent two letters of demand to Strandhäll in November.

- I have always had my finances in order and never had any payment remarks, but I actually did not know about these.

But now they are paid, said Annika Strandhäll in Aktuellt.

The Minister of the Environment was also asked about his new job and the responsibilities that come with it.

She acknowledged that she has limited experience from the environment and climate area, but all the more so as Minister of State, Annika Strandhäll was Minister of Social Insurance between 2014 and 2017. She believes that it is entirely reasonable for politicians to be assigned new areas of responsibility.

electricity production by 2040 is particularly wise.

- This is my first day at work and I need time with my officials to dive deep into this type of issue.

But at the moment I see no reason to change that, rather we need to raise our ambitions further to achieve the climate goals we have today.

The Liberals have threatened with a declaration of no confidence if the government does not clarify its plans for long-term storage of the Swedish nuclear fuel waste before the Lucia weekend.

- It is one of the priority issues on my agenda, and we will deliver a message in the near future.

The former Minister of the Environment and Climate (Per Bolund (MP), editor's note) has prepared this Sweden's largest environmental issue, and we are in a decision-making situation.