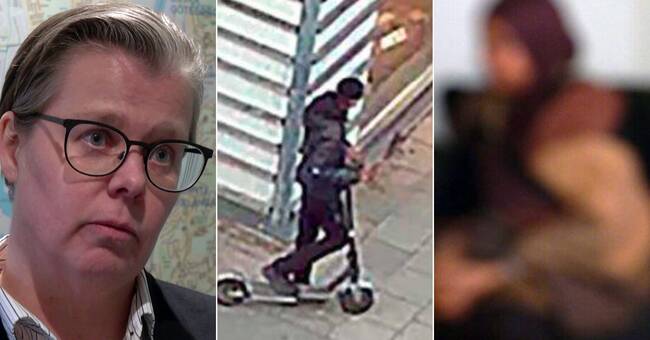 SVT has previously reported on how the mother, whose 17-year-old son was recently convicted of the police murder in Gothenburg, fought a long battle to get help from the social services.

- Ever since he was in seventh grade, I have had long conversations with school and social services, but they have not done much.

I think I would have received better help if I had been born in Sweden, the mother of the 17-year-old suspect says.

It sounds like you blame a lot on society, what have you done as a mother?

- I have tried to be everywhere and keep track, when he started hanging out with older guys.

I have contacted school, police and social services.

But I have not received help for him.

I have felt very alone, says the mother.

"Do not discriminate between people"

Now the director of the social services is responding to the criticism.

- It is naturally sad that you feel that you do not receive support.

In the social services, we make no difference at all where you come from, says Christina Alvelin, director of the social administration at Hisingen.

An investigation that the administration itself produced after the police murder showed that reports of unrest were not always in writing and that training in risk assessment of young people in crime was lacking.

- We are now working internally to ensure that all reports of concern are in writing and we have made a procurement for training.

Unfortunately, it will not be in place until February, says Christina Alvelin.

Now the administration will have to streamline seven million as it will not be fully compensated for wage increases and inflation in the budget in 2022. How this will be done is not yet clear.