Beer contains about 95% water, a very valuable raw material and on which the life of our planet depends. In his eagerness to fight day by day against climate change 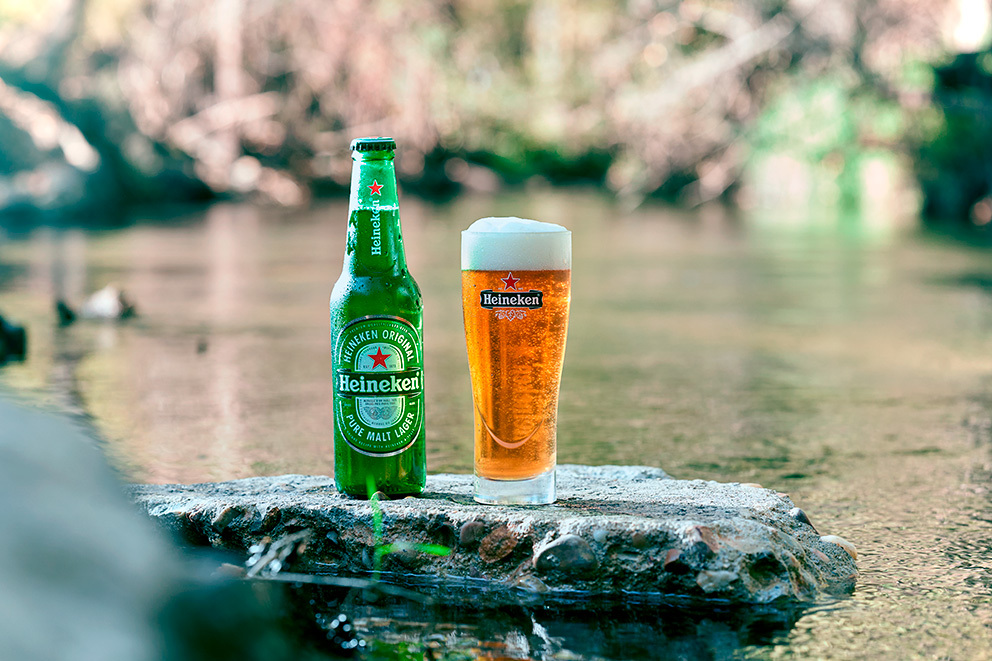 Beer contains about 95% water, a very valuable raw material and on which the life of our planet depends. In its desire to fight day by day against climate change, and specifically with the scarcity of water,

, an action that will mean returning to the Jarama river basin, in a natural way, 500 million euros. liters of water per year -equivalent to two billion beer canes- which will bring its San Sebastián de los Reyes factory to neutral water balance this year.

This project joins those carried out in Doñana and La Albufera, places with an ecosystem of high ecological value in which the equivalent of the water used to make beer in the other three factories that have been restored to the basins of the Guadalquivir and Júcar rivers. HEINEKEN has in Andalusia and the Valencian Community.

Now, with this new project, the Jarama River is added, making Spain the

to achieve a neutral water balance almost a decade before the date that the company set itself globally for countries with high water stress. like Spain.

Heineken expands its commitment to the environment and sustainability

In its commitment to meeting the United Nations 2030 Sustainable Development Goals (SDG), the brewery -owner of beers such as Cruzcampo, Heineken, El Águila or Amstel- has focused on the incalculable value of water for the economy of each territory, since water scarcity affects health, education, equality, food, the economy and even people's employment.

For this reason, the brewing company has assumed the responsibility of also returning this amount to its source through nature-based solutions, so that the four factories it has in Spain achieve a neutral water balance.

The recovery of an ecosystem thanks to the Jarama Project

The areas of action of

are centered on the banks of the Jarama River as it passes through Belvis, less than five minutes from the Heineken factory in San Sebastián de los Reyes (Madrid).

The intention of this project is to restore in a natural way to the Jarama river basin the equivalent of all the water contained in the beers made in the factory, thus helping the river to recover its optimal fluvial state. To achieve this, Heineken is removing a 140-meter section of a wall erected at the end of the last century that prevented the natural flooding of the Belvis del Jarama floodplain.

Once that wall is completely removed, when the river rises, it will turn this plain into a seasonal lagoon, or what is the same, a new natural water reservoir that will recharge the aquifer and underground reserves with 500 million liters of water. every year. Other benefits of this project include a lower risk of flooding for nearby towns and a better quality of the water that, after being filtered by the ground, rises to the surface and remains in the territory, improving the state of the permanent lagoons of Belvis. and multiplying the sheet of water by 10.

In addition to these benefits, the Jarama Project contributes to conserving the wetland by favoring biodiversity and the habitat of animals such as the gray heron and endangered species such as the marsh harrier or the kingfisher. To achieve this point, the actions will be expanded with the cleaning of the waste area and invasive and exotic plants, and it will be repopulated with native species of freshwater flora and riverside plants such as willows, poplars and elms resistant to grafiosis. In addition, shelters for insectivorous birds, insects and amphibians will be created, promoting the recovery of a key natural area for the Community of Madrid.

It is, after all, a comprehensive commitment to sustainability that seeks to generate a positive impact on the local environment and the people who live in it. The success of this project is possible thanks to the collaboration between Heineken and institutions such as the Tagus Hydrographic Confederation, the Ministry for the Ecological Transition and the Demographic Challenge and the Community of Madrid, and NGOs such as SEO / Birdlife. These alliances open new avenues of cooperation with the public administration, with other companies and NGOs with the aim of

supporting the social and economic progress

of the communities, promoting their green transition.

As stated by the

: "At Heineken we know that water is a very valuable resource, because without water there is no life or diversity and, of course, we could not brew beer. years that we have worked to take care of water and everything that lives from it, with solutions based on nature that generate value for the local community. The Jarama Project is an excellent example of how we combat serious challenges such as climate change, the scarcity of water and the loss of biodiversity, especially urgent in Spain, with more H20 and less CO2. Because without blue there can be no green, and at Heineken we always think and act green ".

This text has been developed by UE Studio, creative firm of branded content and content marketing of Unidad Editorial, for HEINEKEN.