The Golden State Warriors, in which Steph Curry showed the way with his long distance shoot, offered themselves a 7th consecutive victory by beating the Clippers on their ground (105-90 ... 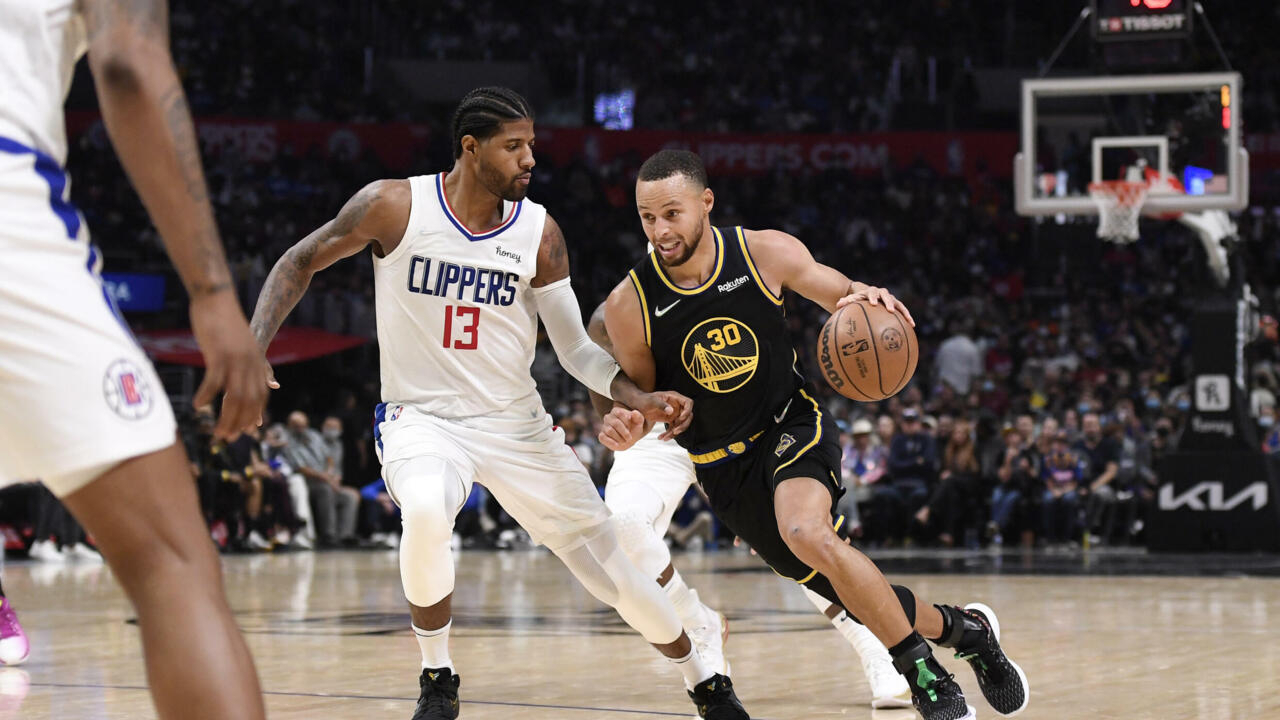 The meeting was tight until half-time (44-42) before Golden State accelerated under the impetus of a still impressive Steph Curry, author of 7 baskets behind the arc for a total of 33 points, 6 assists and 5 rebounds.

Winger Jordan Poole added 17 points including three three-point baskets in less than two minutes at the end of the 3rd quarter.

The Warriors consolidate their first place in the Western Conference with 18 wins and 2 losses.

They will face their runner-up in the standings, the Phoenix Suns, on Tuesday, who also had an exceptional start to the season with 16 straight wins.

The Los Angeles Lakers have returned to victory at home against Detroit (110-106), two days after their loss after three overtime in Sacramento (137-141).

This match marked the reunion between LeBron James and Pistons pivot Isaiah Stewart.

The two players had received respectively one and two suspension matches following their altercation on November 21 on the floor of Detroit.

The Lakers star had struck a blow to the face of Stewart, who had wanted revenge, causing a big scrum in the middle of the field.

The Lakers thought they would do the hardest at 5:58 min in the 3rd quarter when LeBron James scored a long distance shoot which allowed them to take a 14 point lead (70-56).

But Detroit gradually made up for lost time until it returned to 4 points at the end of the match, thanks in particular to Jerami Grant, author of 32 points in the match.

On the Californian side, James was successful with 33 points, 5 rebounds and 9 assists, as was Russell Westbrook, 25 points and 9 assists.

French Pistons leader Killian Hayes, back after a pain in his thumb, provided 8 assists but scored just 6 points.

The Memphis Grizzlies, deprived of their leader Ja Morant who suffers from a sprained knee, had no trouble getting rid of Sacramento at home (128-101).

7th win in a row for Milwaukee

In the East, the Milwaukee Bucks have, like the Warriors, chained a 7th consecutive victory in Indiana (118-100).

Greece's Giannis Antetokounmpo, MVP of the finals last season, made a double-double with 26 points and 13 rebounds.

Point guard Jrue Holiday added 23 points, 7 rebounds and 9 assists in a team that is climbing back to 4th place in the East and gradually regaining its level of play.

Milwaukee announced earlier today the signing of one-year pivot DeMarcus Cousins, who has played for the Los Angeles Clippers so far.

The other inside of the team, Brook Lopez, has had a back injury since October 19.