In Rwanda, 30 southern white rhinos disembark from a Boeing 747

Thirty southern white rhinos from South Africa have been introduced into Rwanda, Akagera National Park officials said on Monday. They salute the most important "trans ... 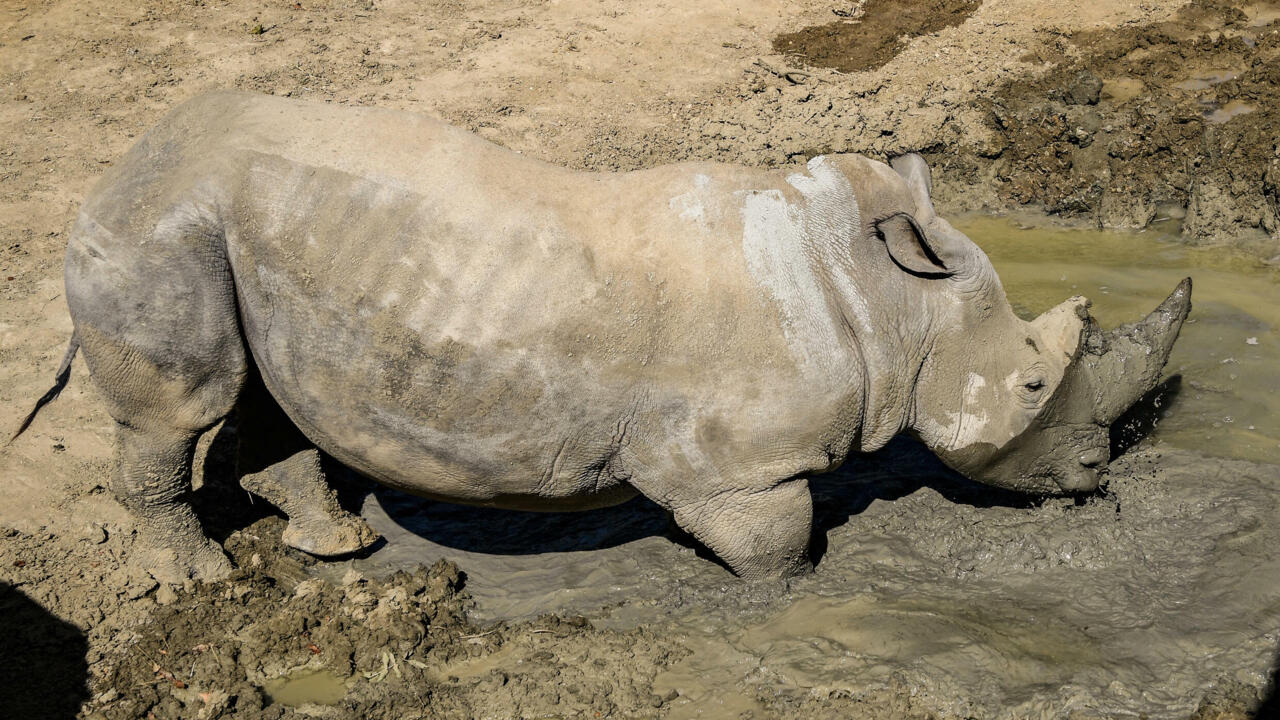 Thirty southern white rhinos were treated to a special trip of some 3,400 km.

These animals weighing up to two tonnes traveled aboard a Boeing 747 to be reintroduced to Rwanda from South Africa.

Officials at Akagera National Park hailed Monday, November 29, the most important "transfer in history" for these threatened behemoths.

"This project required extreme care and a lot of work. The 30 rhinos had to arrive safe and healthy," Peter Fearnhead, the managing director of the NGO African, told a press conference. Parks, co-manager with the Rwandan authorities in Akagera.

The animals were given tranquilizers to "reduce their stress," he added.

The operation cost around $ 1 million (around 900,000 euros) and involved 80 people, including veterinarians and wildlife transport specialists.

The southern white rhino, one of two subspecies of the white rhino, is now considered endangered with around 20,000 individuals, according to the World Wide Fund for Nature (WWF).

It is classified as near threatened by the International Union for the Conservation of Nature (IUCN).

Its natural habitat is southern Africa, including South Africa, Namibia and Zimbabwe, but it has also been introduced to Kenya in order to combat the threat of poaching, fueled by the demand for horn.

In 2017 and 2019, 17 then five black rhinos, another species, were reintroduced in the same park in Rwanda.

According to the International Union for the Conservation of Nature (IUCN), there are around 5,000 black rhinos left in the wild, which places them among the most endangered animals in the world.

With this transfer, African Parks intends to establish a "new fiefdom" for the southern white rhinos.

"This will be the opportunity for them to grow up in a safe environment," said Jes Gruner, regional director of African Parks, noting that in South Africa three rhinos "are killed every day".

"In Rwanda, not a single black rhino (...) has been poached since their reintroduction", he compares.

Transfers of wild animals are not without risk.

In 2018, four out of six black rhinos who were traveling died a few months after arriving in Chad.

The 30 southern white rhinos were first divided into two groups in small enclosures - the size of a football stadium - rich in grass and watering holes.

The animals will then be released and monitored "daily by a dedicated team, which will check their acclimatization, their safety and their well-being", insisted Ariella Kageruka, tourism manager of the Rwanda Development Board.

For Rwanda, this transfer also aims to strengthen the attractiveness of tourism, one of the major axes of its development.