East-West Questions | Yang Guiping: What reference significance does the experience of "Era-Russian communication" have for resolving ethnic-religious conflicts?

(East and West Questions) Yang Guiping: What reference significance does the experience of "Eurasian Confucianism" have for resolving ethnic-religious conflicts?   China News Service, Beijing, November 29th, title: What is the reference for the experience of "Irish-Russian communication" to resolve ethnic-religious conflicts?   Author Yang Guiping, Director of International Confucian Federation, 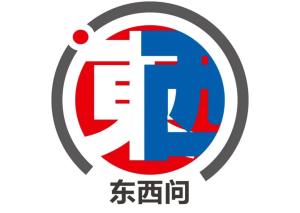 (East and West Questions) Yang Guiping: What reference significance does the experience of "Eurasian Confucianism" have for resolving ethnic-religious conflicts?

China News Service, Beijing, November 29th, title: What is the reference for the experience of "Irish-Russian communication" to resolve ethnic-religious conflicts?

Chinese culture has always been gentle and tolerant, and Chinese religions also have a tradition of harmonious coexistence.

For thousands of years, Confucianism and Islam have been in harmony with each other. They have been a historical model of peaceful exchanges and mutual learning between civilizations and the spiritual power of national unity and social development.

In the new era, China advocates the joint construction of the "Belt and Road" and the construction of a "community with a shared future for mankind", which provides a new opportunity for cooperation and exchanges of civilizations between China and developing countries in Asia, Africa and Latin America.

Respect for diversity, understanding differences, harmony and coexistence, the valuable experience of Confucianism and Islam coexisting harmoniously, has important reference significance for equal dialogue between different civilizations in the contemporary world, peaceful means to resolve regional disputes and resolve ethnic and religious conflicts.

In December 2018, on the square in front of the Aitigar Mosque in Kashgar, Xinjiang, local people fed pigeons and enjoyed the leisurely life in winter.

In the contemporary world, information exchanges are frequent and convenient, and the diverse attributes of culture are becoming more prominent. Each culture or civilization system has its own characteristics, but it also inevitably has its limitations.

This requires us to respect multiculturalism, uphold a tolerant standpoint, and explore the possibility and feasibility of complementation and integration between different civilizations.

Regarding religious and cultural issues, respect for pluralism has two considerations.

One is the diversity of religions and cultures worldwide.

Islam, Buddhism, and Christianity are collectively known as the world's three major religions, in addition to Taoism, Hinduism, Judaism, Shamanism and many other religions.

They are all cultural phenomena that have appeared in the development of human society to a certain historical stage, and are the products of different nations' perceptions of the world.

From the perspective of the history of the development of religions, based on different living environments, ways of thinking, and levels of understanding, the religions of different ethnic groups have rich and diverse doctrines.

Under the globalization system, cultural exchanges are becoming more frequent, and face diversity has become an inevitable trend.

In December 2013, Muslim friends from Malaysia introduced to their companions and took a group photo in front of the handmade art tapestry "Mona Lisa's Smile" in Linxia, ​​Gansu.

The second consideration for respect for diversity is the diversity within a particular religious culture.

Taking Islam as an example, looking back at history, Islam has a unity within it, and at the same time it is culturally colorful.

From a global perspective, there are many ethnic groups in West Asia, North Africa, Central Asia, South Asia, and Southeast Asia that believe in Islam. Arabs, Iranians (called Persia in ancient times), Turks, Kurds, Malays, and Indians have different beliefs and cultures. special.

Islam has entered China for more than 1,300 years. Just like its spread and development in other parts of the world, there are also regional, ethnic, sectarian, and ideological diversity in Islam in China.

Islam in China is mainly distributed in the northwest, north and southwest regions.

From the perspective of regional culture, Islam in the northwest, central plains, southwest and southeast regions presents significant regional characteristics, which are reflected in Muslim architecture, tomb systems, festivals, and etiquette.

In the process of China's localization and nationalization, Islam insists on continuously blending with Confucianism and forming a sinicized Islam.

Islam highlights its ritual characteristics and enlightenment functions in Chinese society. People of insight use the transcendent spirit, moral care and universal values ​​shared by Confucianism and Islam as a reference to actively understand Islam and Confucianism at the metaphysical level.

Chinese Muslims who live in the land of China and love Chinese culture build mosques with Chinese architectural characteristics and decorative styles, establish sutra education that integrates private school education and monastery education, and establish a system of Chinese Islamic teachings and thoughts.

They adhere to the teachings of Islamic teachings, and at the same time "follow Chinese rituals, quote Confucius and Mencius, and keep the life-saving", and use Confucian "benevolence, justice, etiquette, wisdom and faith" to explain Islam's "Nian Li Zhai Kechao".

In July 2014, the Islamic "Eid al-Fitr", believers participated in the ceremony at the Niujie Mosque in Beijing, which has traditional Chinese architectural features and decorative styles.

If respect for pluralism is the first step in dealing with religious and cultural issues, then understanding differences is a further requirement.

As far as religion is concerned, there are differences between Western institutionalized religions and China's non-institutional religions. The freedom of religion in the West is also different from the freedom of belief in China. The use of Western religious concepts or paradigms to judge Chinese religions has a certain Western ideological color. .

The relationship between the state and church in China is embodied in the obedience of the state and the bishop, the religious power does not override the political power, and the religion is consistent with the mainstream values, and exerts the function of social enlightenment.

Many mosques and Tibetan Buddhist monasteries in the Ming and Qing dynasties have long live plaques, which are a manifestation of the patriotism and love of religion in the religious world, as well as a clear proof of the government's protection of religions.

As far as the development of human history is concerned, with the continuous advancement of society, the applicable environment within religion has undergone tremendous changes.

For example, the status of women. In the past patriarchal society, due to the nature of the society, the roles played by men and women were very distinct.

In modern society, the status of women has been improved, and women have begun to become interpreters and interpreters of Islam.

Therefore, under the new social and political conditions, the understanding and application of the principles and values ​​of religion can be weighed and adapted according to the differences of the times.

In July 2020, at the Shuncheng Mosque in Kunming, female Muslims came to attend the ceremony to celebrate the "Gurbang Festival".

The more important aspect of understanding differences is to understand the cultural differences that exist between different ethnic groups.

As far as the process of Sinicization of Islam is concerned, what needs to be faced is the orthodox Confucianism in history, especially the Song and Ming Confucianism, which absorbed the essence of Buddhism and Taoism, which was once designated as the official ideology.

There are fundamental differences between Islam based on nomadic and commercial society and Confucianism based on farming and family society, such as religious and ethical standards, transcendence and reality orientation, monotheism and polytheism.

For example, Islam emphasizes that the prophets use God’s revelation to lead mankind towards civilization, while Confucianism respects the moral enlightenment role of Zhougong, Confucius, and Mencius; Islam’s creed of future generations and posthumous rebirth, emphasizing the continuation of real life Sex and transcendence, while Confucianism focuses on real life, downplays the transcendental nature of religion, and highlights religious sentimentalism and functionalism; Islam has a lot to do with Confucian traditions in life customs, including diet, marriage customs, and funerals. The differences are embodied in the aspects of food, clothing, housing and transportation.

These have their historical reasons for their formation. Respect and understanding are the fundamental prerequisites for facing religious differences and seeking cultural integration.

Human beings have the same nature, but also the same life problems or similar social problems.

Seeking common ground while reserving differences and sharing harmony is the wisdom of Orientals to resolve conflicts.

Complementarity and integration between different cultures is not only possible, but also feasible.

"The teachings of saints are the same in the East and the West, the ancient and the modern". The similarity or similarity between Confucianism and Islam lies in the equal emphasis on heaven and humanity, and both emphasize benevolence.

In August 2014, during the Ludian earthquake in Yunnan, more than 20 Muslim volunteers convened by Ma Wufen, a 65-year-old Hui old man, distributed meals and fruits to the people affected by the earthquake and rescue officers and soldiers in Ludian County.

They prepare halal-style meals for more than 1,000 people every day and send them to the epicenter of Longtoushan. The daily expenditure of more than 5,000 yuan comes from the donations of Ludian Muslims and all walks of life.

Islam believes that "love" originates from Allah, there is a difference in love, divine love is higher than secular love, and love is reached through selflessness.

Love has become the noumenon of metaphysics and the origin of the world. Human beings have broken through the boundaries of language, race, religion and territory by love, forming a community with a shared future.

On the other hand, both Confucianism and Islam have strong humanistic care, pay attention to social life, value real life, and advocate fairness, justice, and goodness.

Strong humanitarianism is the ideological basis for 23 million Chinese Muslims to identify with Chinese civilization.

In June 2017, the family of Pahanisha Rehemutula, a fourth-generation elder in Urumqi, welcomed the traditional Muslim festival "Rozzi Festival".

The old man’s legs and feet were inconvenient and could not get out of the bed, so his son and daughter-in-law brought their grand-daughter-in-law and their twin great-grandchildren to the old man’s bed to celebrate the new year.

What is Eastern Wisdom?

In August 2011, Muslims participated in the Eid al-Fitr service and took a group photo at the Niujie Mosque in Beijing.

The historical experience of Yiru Huitong lies in:

By interpreting the scriptures with Confucianism, Islam is endowed with unique Chinese cultural connotations, so that Chinese Islam has a distinctive Confucian atmosphere.

Islam understands the changes in the universe and the transformation of people's life world with a ring-shaped world view that comes from nature and returns to nature.

The ontology of Islam is about existence and essence, and existence has a variety of levels and forms of thought, which provides a new perspective for Confucian metaphysics.

Islam and Confucianism coexist harmoniously and develop together.

The relationship between Islam and Confucianism is harmony, symbiosis, and "beauty in common."

Provide rich textual resources and profound historical wisdom to deal with ethnic and religious issues in the real society.

The differences between civilizations and cultures have been creatively interpreted, and foreign and heterogeneous Islam has become an organic part of Chinese culture and has played an active role in Chinese society.

These experiences have important reference significance for the equal dialogue among different civilizations in the contemporary world, and the peaceful settlement of regional disputes and ethnic-religious conflicts.

Yang Guiping is a professor and doctoral supervisor at the School of Philosophy and Religious Studies of Minzu University of China. He was selected as a cultural master of the Ministry of Propaganda and the "Four Groups of Talents" and the Ministry of Education's "New Century Excellent Talents" support program.

He was invited to hold academic lectures at Oxford University, the Institute of Religious Studies in Indonesia, Macau University of Science and Technology, Peking University and other universities at home and abroad, and attended the Civilization Dialogue Conference held at the United Nations Headquarters and other places, introducing the pluralism of the Chinese nation, the pluralism of Chinese religions, and The development achievements of China's ethnic regions.