"Taking into account earlier instructions given": Putin recommended that the heads of the regions personally control the increase in the rate of vaccination

Vladimir Putin recommended that regional leaders take personal control of the issues of increasing the rate of vaccination of Russians against coronavirus and the timely introduction of restrictions that prevent the spread of infection. Meanwhile, 33,860 new cases of coronavirus were detected in Russia. During the day, 27,700 people fully recovered, 1209 died. This is the minimum daily mortality rate since November 8. 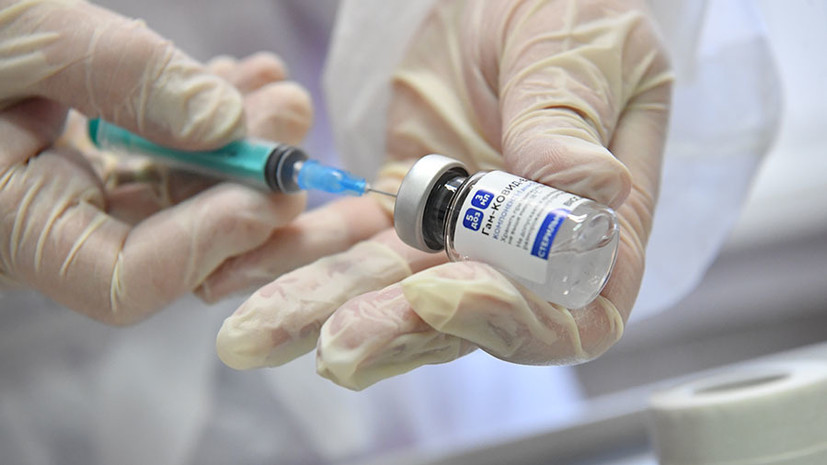 Vladimir Putin again recommended that the regional authorities personally monitor the introduction of restrictive measures in connection with the coronavirus pandemic and the increase in the rate of vaccination.

The relevant information is given on the Kremlin website.

“Taking into account the previously given instructions, take under personal control the timely introduction and compliance with restrictive measures aimed at preventing the spread of coronavirus infection, as well as increasing the rate of vaccination of the population,” the statement said.

The deadline for the report on the implementation of this order is set until November 30 and then monthly.

Earlier, the Russian leader, during another meeting with the government, suggested conducting an analysis of mortality and life expectancy in regions that have achieved a high level of vaccination, and in those regions where such a level has not been achieved.

In addition, in August, the president also instructed the heads of the regions to take personal control over the issues of vaccination among the population.

The list of instructions following the meeting with the Cabinet of Ministers said that the regional leaders should personally control the work of informing citizens about the progress of the vaccination campaign, monitor the sufficient volume of vaccine supplies and achieve the formation of herd immunity at the required level.

According to the headquarters, over the past day in Russia, 33,860 new cases of coronavirus infection were detected.

27,700 people fully recovered, 1209 died from complications that developed against the background of COVID-19 and concomitant diseases.

This is the minimum daily mortality rate since November 8.

Over the entire period of observations in the Russian Federation, 9,604,233 cases of coronavirus infection were detected.

The capital's headquarters reports that 3434 new cases of COVID-19 were detected in Moscow per day.

There are 601 people on mechanical ventilation in Moscow hospitals.

In second place in terms of the number of new cases detected is the Moscow region (2236), followed by St. Petersburg (2181).

In other Russian regions, less than a thousand new cases of SARS-CoV-2 infection were detected per day per day.

According to Rospotrebnadzor, since the beginning of the pandemic, more than 224.5 million tests for coronavirus have been carried out in the country, over the last day, experts have examined 450 thousand samples.

Questions of revaccination against coronavirus

Director of the Center.

NF Gamalei Alexander Gintsburg said that after being vaccinated with the Sputnik V vaccine, you can revaccinate with any drug.

However, according to him, the combination with Sputnik Light provides the best protection.

In addition, Gizburg noted that it would be better to boost vaccines from Moderna or Pfizer with Sputnik V.

Therefore, it is very good to boost Moderna and Pfizer with Sputnik, and Sputnik V should be boosted with the same Sputnik Light, ”TASS quotes Gunzburg.

RNA vaccines elicit a good immune response against the Wuhan strain and other pre-delta variants of the coronavirus, he said.

“When the delta strain appeared, it turned out that the effectiveness of antibodies that are formed on those proteins that are synthesized in mRNA vaccines dropped by almost half - up to 50%.

In "Sputnik V" there is no such rigid clamping, the antigen is in various states, therefore the spectrum of antibodies formed that neutralize the virus is much wider, "said the head of the Center.

Also on russian.rt.com In the center of Gamaleya vaccination and masks were called “omicron” disease prevention measures

In turn, the head of the laboratory of mechanisms of population variability of pathogenic microorganisms of the Center.

Gamalei Vladimir Gushchin suggested that the already created vaccines will continue to work and protect against the severe course of the disease when infected with the new omicron strain, the identification of which became known a few days ago.

“We can say for sure that the vaccines will continue to work and protect against a severe course, as was the case with all previous variants of the virus,” Gushchin said on the air of the Russia 24 TV channel.