"Omi Keron" has spread to North America! After Israel, Japan also made this decision

China News Service, November 29 (Zhang Aolin) In recent days, "Omi Keron" has occupied the headlines of major media in the world. This new variant of the new crown virus has spread to Europe and Asia in just a few days. , Africa, the oceans and many continents in North America, the spread speed is amazing.   Previously, many European countries that have gradually loosened epidemic restrictions 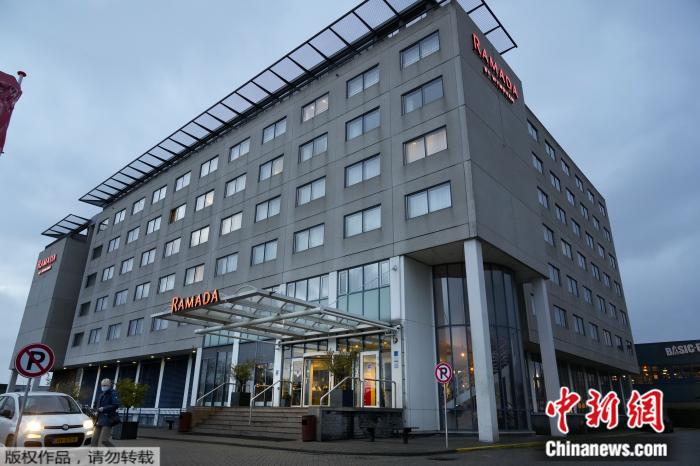 China News Service, November 29 (Zhang Aolin) In recent days, "Omi Keron" has occupied the headlines of major media in the world. This new variant of the new crown virus has spread to Europe and Asia in just a few days. , Africa, the oceans and many continents in North America, the spread speed is amazing.

Previously, many European countries that have gradually loosened epidemic restrictions have had to regain epidemic prevention measures such as the "mask order" and "restricted business hours"; after Israel closed its borders, Japan also decided to temporarily ban foreigners from entering the country from 0:00 on November 30 .

The severity of the situation is not optimistic.

On November 27, local time, the Dutch authorities isolated 61 COVID-19-positive patients on two flights departing from South Africa and arriving in the Netherlands. The picture shows an isolated hotel near Amsterdam Airport Schiphol.

6 European countries "in the recruitment"

On November 26, the World Health Organization named the new coronavirus variant “B.1.1.529” recently discovered in South Africa as “Omi Keron” and listed it as a mutant strain that “needs attention”.

Up to now, there have been six countries in Europe alone that have been "successful", namely the United Kingdom, Germany, the Netherlands, Belgium, Denmark and France.

Among them, the situation in the Netherlands seems more worrying.

On the 26th local time, after two flights from South Africa to the Netherlands landed in Amsterdam, 61 people on board have been diagnosed with the new crown virus, of which as many as 13 people have been infected with "Omi Keron."

As testing continues, it is expected that more infected persons with new variants will be discovered.

The Dutch Minister of Health De Jonge said on the current test results that "this may be just the tip of the iceberg."

What's more, on the 28th local time, the Dutch police stated that a couple who were in quarantine and tested positive for the new crown virus were arrested "on an aircraft about to take off" for trying to escape the country.

As for whether the two had passed the virus to more people while fleeing, the authorities did not give detailed information.

In addition to Europe, Asia, Africa, Oceania and even North America have already appeared "Omi Keron."

The latest news shows that on the 28th local time, two cases of "Omi Keron" infection also appeared in Ottawa, Canada. They all have a history of traveling in Nigeria and are currently under quarantine.

On November 28, local time, people on the streets of London, England, wore masks to travel.

Israel and Japan close their borders

Previously, many European countries have gradually relaxed their epidemic prevention measures and even put forward the slogan of "coexist with the virus." The number of people wearing masks on the streets and alleys has gradually decreased, and many places have even resumed nightlife. The scene of "singing and laughing" seems to be forgotten. The existence of the new coronavirus.

However, in the face of the menacing "Omi Keron", the mask that was taken off had to be put on again.

The England region of the United Kingdom will resume the "compulsory mask order" cancelled in July from November 30, local time. People must wear masks in shops and when taking public transportation;

The Dutch government stipulates that from the 28th local time, all bars, restaurants and most shops will be closed after 17:00 every day;

German President Steinmeier issued a document on the 28th local time calling on the public to "reduce contact with others again," and the German Academy of Sciences also called on the authorities to quickly implement "restricted contacts" measures.

In terms of border control, although some epidemiologists believe that restrictions on travel may be too late to prevent the spread of "Omi Keron" globally, many countries are still tightening relevant restrictions urgently.

On the 27th local time, the Israeli government announced that it would ban all foreigners from entering the country, becoming the first country in the world to block its borders due to the "Omi Keron" variant strain.

In addition, countries including the United Kingdom, the United States, the Netherlands, and South Korea have also issued travel and entry controls to many countries in southern Africa where the "Omi Keron" was first discovered.

On November 29, Japanese Prime Minister Fumio Kishida announced that from 0:00 local time on November 30, all foreigners will be suspended from entering Japan.

According to the latest news, Japanese Prime Minister Fumio Kishida announced on the 29th that from 0:00 on the 30th, in principle, all foreigners will be prohibited from entering Japan.

EU: The priority is to buy time

Regarding the "Omi Keron", I am afraid that as long as people on earth want to know the following questions:

2. Is the vaccine still useful?

3. What happens if I am infected?

Unfortunately, although the World Health Organization and scientists in many places around the world have made it clear: research is being done.

However, it will take time to draw conclusions.

European Commission President Von der Lein also stated on the 28th local time, “We know that we are racing against time”. She said that it will take two to three weeks for scientists and drug dealers to understand “Omi Keron”. It is time to "spend time on preventive measures."

On the 28th local time, European Commission President Von der Lein said against the "Omi Keron" strain that the European Union is in a race against time.

Von Delane emphasized, "The general route is to hope for the best, but be prepared for the worst. The current priority is to maintain social distance, reduce contact, and get as many vaccinations and boosters as possible."

As the rotating presidency of the Group of Seven (G7), the British government has announced that the G7 health ministers will convene an emergency meeting on the 29th. The theme of the meeting is to discuss "Omi Keron."

Earlier reports stated that some experts affirmed that preventive measures have been taken actively. They pointed out that unlike the "Delta" strain that has been raging until now, "Omi Keron" has received widespread global attention as soon as it is discovered. Perhaps it will play a positive role in curbing the spread of the epidemic.