&nbsp;Israel said on Saturday that it would ban all foreigners from entering the country, becoming the first country to completely close its borders to tackle the Omicron strain and said it would also use phone-tracking technology used to combat terrorism to contain the spread of the strain, which was first discovered in Jenin. 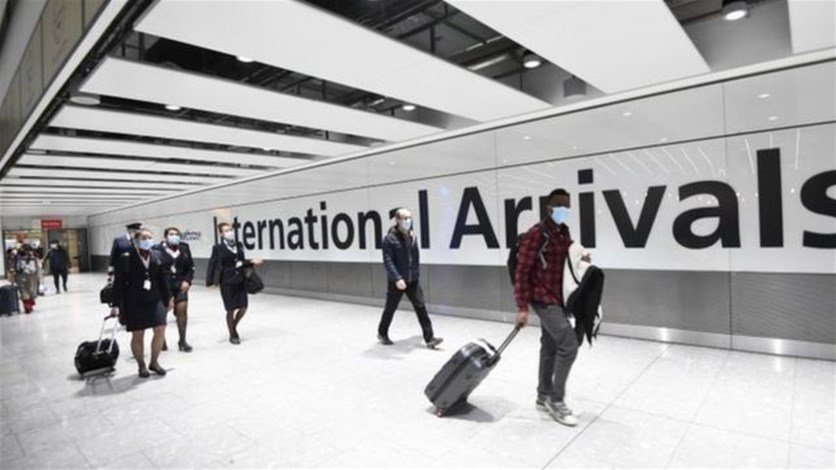 Israel said on Saturday it would ban all foreigners from entering the country, becoming the first country to completely close its borders to tackle the Omicron strain, and said it would also use phone-tracking technology used to combat terrorism to contain the spread of the Omicron strain, which was first detected in South Africa.

Officials hope that during that time more information will be available about the effectiveness of Covid-19 vaccines against Omicron, which the World Health Organization has described as "alarming."

"Our working hypotheses are that the strain is already present in almost every country and that the vaccine is effective, although we do not yet know to what extent," Interior Minister Ayelet Shaked told N12.

Bennett said that Israelis entering the country, including those who have been vaccinated, will be required to remain in quarantine. The ban will take effect at midnight between Sunday and Monday. On Friday, a ban was imposed on entry of foreigners from most African countries.

The statement said that the phone tracking technology of the Internal Security Agency (Shin Bet) will be used to locate carriers of the new strain of the virus in order to limit its transmission to others.

Surveillance technology has been used intermittently since March 2020, as the locations of virus carriers are compared to other nearby mobile phones to determine who they have been in contact with. Israel's Supreme Court this year limited the scope of its use after civil rights groups filed appeals over privacy concerns.

The new strain has also been detected in Belgium, Botswana, Hong Kong, Italy, Germany and Britain and has sparked global concern and a wave of travel restrictions, although epidemiologists say it is too late to impose such restrictions to prevent Omicron from spreading globally.

Israel has so far confirmed one case of the Omicron strain and seven suspected cases.

The Ministry of Health did not say whether the confirmed case had been vaccinated. On Saturday, the ministry said that three of the seven suspected cases had been fully vaccinated, and that three had not returned from recent travel abroad.

The Ministry of Health says that about 57 percent of Israel's population of 9.4 million people have been fully vaccinated, which means they have either received a third dose of the Pfizer/Biontech vaccine or five months have not passed since their second dose.

Israel has recorded 1.3 million confirmed cases of COVID-19 and more than 8,000 deaths since the start of the pandemic.