A passer-by on Saturday gave a middle finger to the far-right polemicist Eric Zemmour, who ended a heckled trip to Marseille and responded with the same gesture through the window of his car, ... 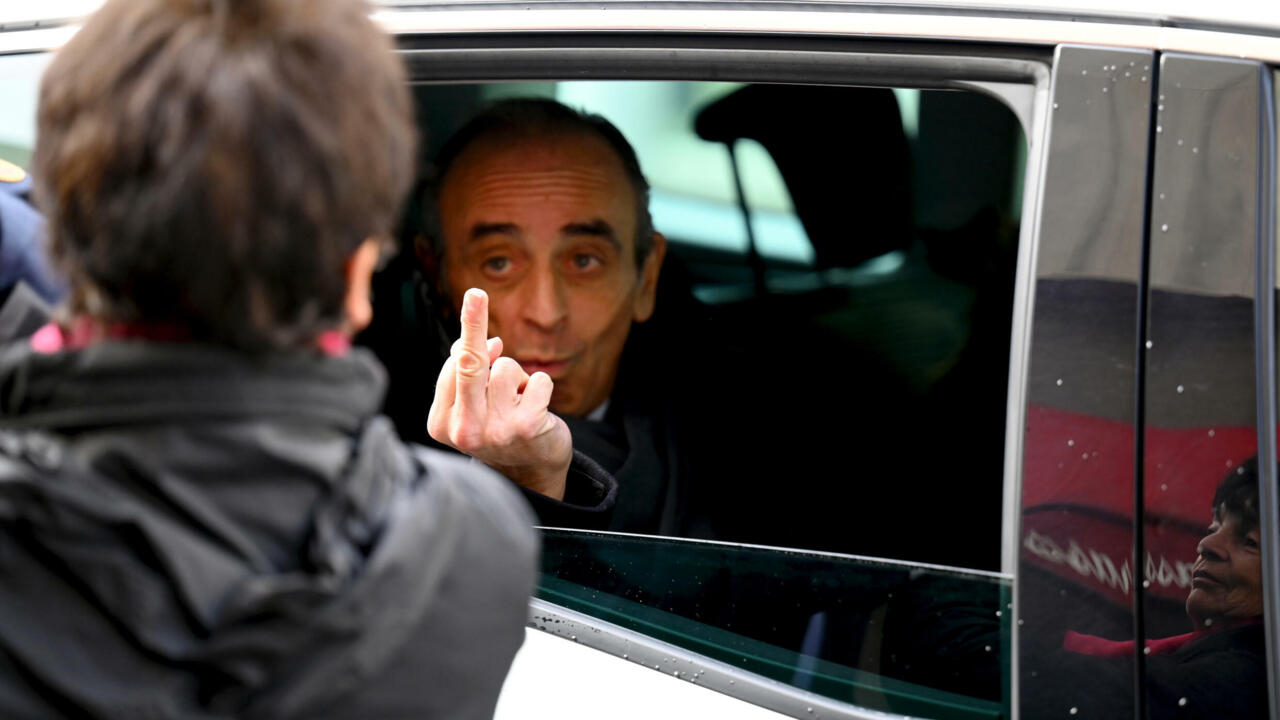 A woman approached the car of the polemicist, who agreed to roll down his window.

She gave him a middle finger, before Eric Zemmour did one in turn by affirming "and very deep", while his advisor Sarah Knafo laughed, reported the photographer.

The scene took place at the exit of a restaurant in Marseille near the town hall, after a visit to La Major cathedral.

The polemicist, who could announce his presidential candidacy in a few days, made a heckled trip to the Marseille city.

He wandered for less than fifteen minutes on Friday, without meeting anyone, in the Panier district, under the cries of demonstrators who chanted "Zemmour break, anti-racist Marseille".

"They are not Marseillais, they are militants", replied Mr. Zemmour.

Friday morning, aboard the TGV to Marseille, Eric Zemmour got off the train in Aix-en-Provence instead of the Marseille city, where protesters opposed to his arrival were waiting for him.